They were all in one majestic room: Norway's King and Queen as well as the Crown Prince and Crown Princess; the leaders of 20 European nations including Germany's Angela Merkel and France's Francois Hollande; the European Union's Nobel Laureates and their entourages; plus hundreds of other dignitaries. They filled Oslo's massive and beautifully ornate City Hall. And there, too, among the VIPs sat an 84-year-old Jesuit priest who had traveled half a world away from Tacoma, Washington to be there. He seemed to be as well dressed as the rest of the crowd, though he admitted his black suit jacket and trousers had been purchased at Good Will. But to know Father William Jerome Bichsel is to understand that he does not place much importance on appearances. He's focused laser like on action, and what the next best action needs to be to rid the world of nuclear weapons. 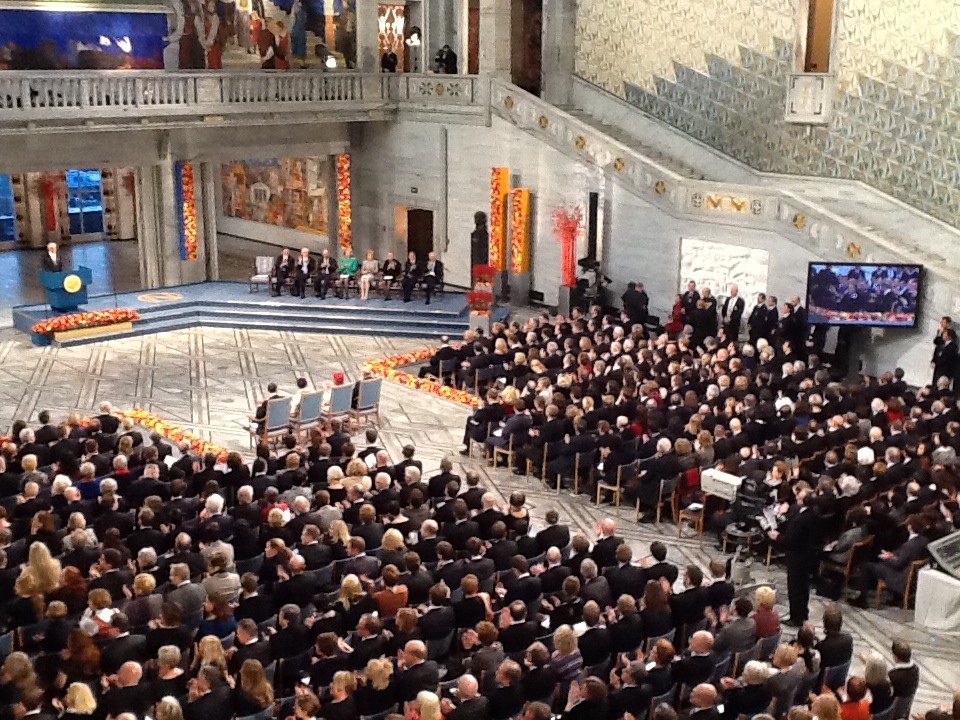 Father Bichsel, whom everyone calls Father Bix or just plain Bix, was invited to the Nobel Peace Ceremony after he was awarded the 2012 Greater Tacoma Peace Prize by the Scandinavian community in Tacoma a few months ago. The award is bestowed annually on an individual whose life exemplifies a dedication to peace. The elderly priest had just been released from federal prison because he and four other activists broke into the U.S. Navy's Trident nuclear submarine base near Seattle, which houses one of the largest stockpiles of nuclear weapons in the country. Acting as citizen weapons inspectors, the intruders, whom prosecutors called, "The Bangor 5," were intent on exposing America's "weapons of mass destruction." Father Bix has spent a lifetime "comforting the afflicted and afflicting the comfortable," says Tom Heavey, a U.S. military veteran who headed up the committee that voted to give the elderly priest its Greater Tacoma Peace Prize. Heavey admits he wrestled with the decision to give the priest the award, because Heavey is "uncomfortable" with some of the priest's protests actions. In the end, however, Heavey decided Father Bix deserved the honor and that it was the right thing to do. 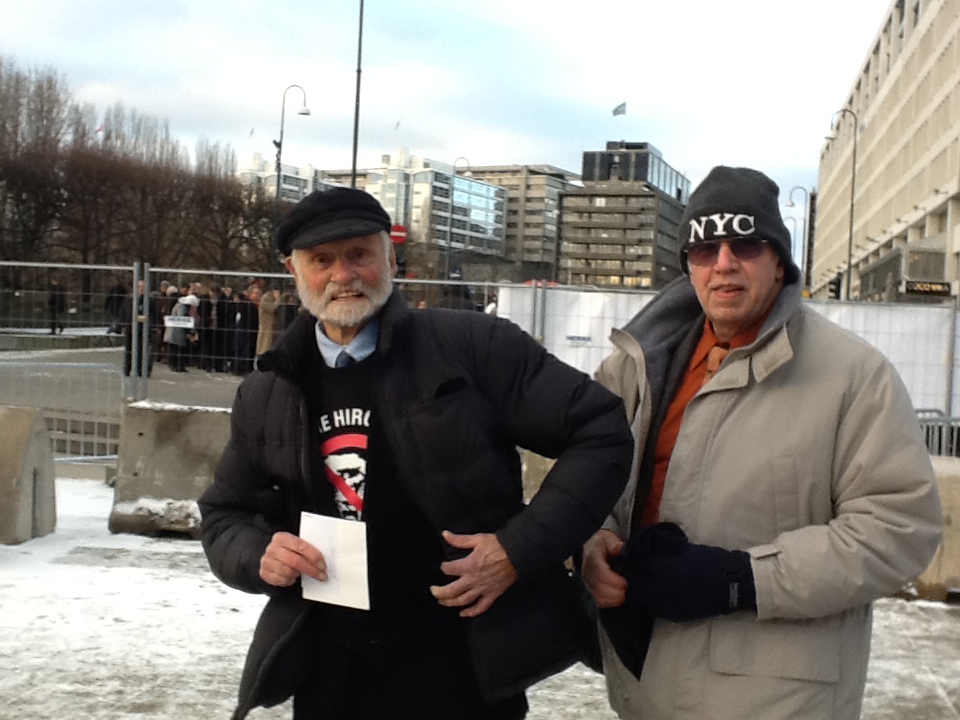 One wonders if there was similarly such soul-searching among the members of the Norwegian Nobel Committee whose choice of the European Union as this year's Laureate has sparked so much controversy. The EU is mired in a three-year-old debt crisis causing rampant unemployment, with some countries in the group teetering on bankruptcy. Several previous Nobel Laureates have sharply criticized the decision including, Desmond Tutu who called the EU an organization based on military force and not deserving of the award. Despite that one cannot overlook the progress in peace the group has fostered over the last 60 years, culminating in a unity among nations who were at one time often at war with each other, such as Germany and France.

At the Nobel Peace Prize Ceremony, Father Bix listened intently to the speeches and said he came away feeling an opportunity had been missed. He commended the remarks of European Commission President Jose Manuel Barroso, who described the European Union as supportive of disarmament and against nuclear proliferation. However, Father Bix said he wished that the support had come in the form of some concrete action from the EU instead of just words.