Much like the first round, the second day of the 2012 NFL Draft was riddled with several trades and shouting from Mel Kiper Jr. and Jon Gruden on ESPN.

After adding one of Andrew Luck's buddies from Stanford in the second round with tight end Coby Fleener , the Colts added another target for the No. 1 overall pick with Clemson tight end Dwayne Allen (Remember, they cut Dallas Clark). Seattle created a tougher quarterback competition for training camp by adding Wisconsin's Russell Wilson to the depth chart along with Tavaris Jackson and Matt Flynn.

But perhaps the best story of the third round was the drafting of Rutgers wide receiver Mohamed Sanu, who was prank called on Thursday night by someone pretending to be someone from the Cincinnati Bengals telling him that they have chosen him with the No. 27 pick. Instead, the Bengals selected Wisconsin guard Kevin Zeitler.

But with the 20th pick of the draft, Sanu was drafted.. by the Cincinnati Bengals. Scroll down for the rest of the picks from Round 3. 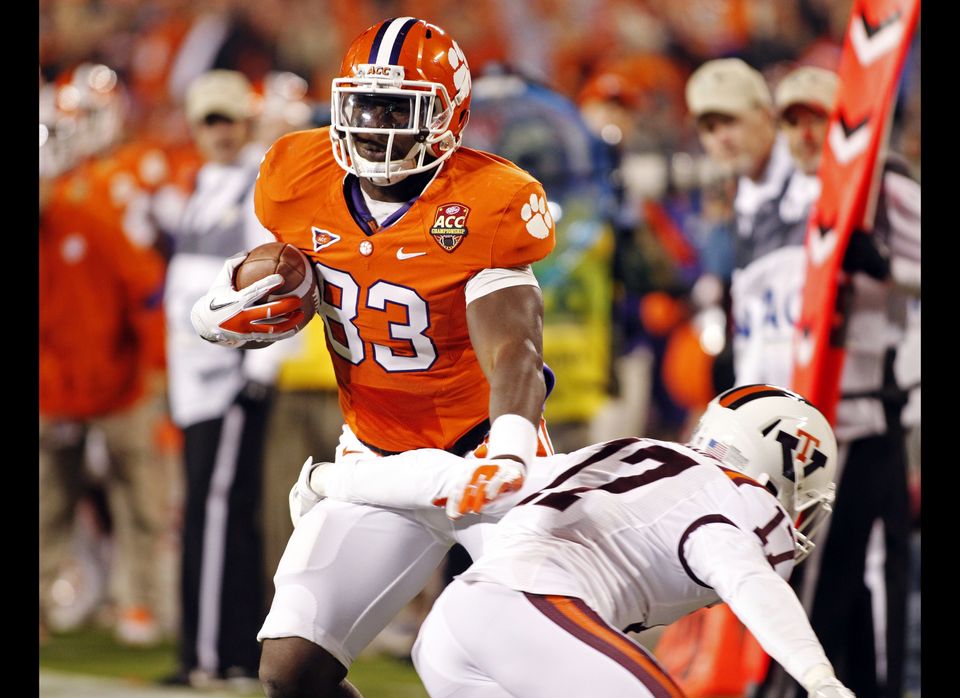