You’ve really got to hand it to the NFL. No other business in the world is capable of turning an administrative task such as creating a schedule into an all-hands-on-deck spectacle complete with it’s own show on ESPN.

Call it creative marketing if you want to, but Tuesday’s release of the 2012 regular season schedule has caught our attention. Players are checking for their bye weeks, fans are hard at work figuring out which road games they want to attend and guys like me are looking for the best matchups to write about.

The Pittsburgh-Baltimore and Chicago-Green Bay rivalries will always hold a special place in our hearts, but the purpose of the following list is to highlight ten matchups that we don’t necessarily get to see all that often.

And I’ll apologize in advance for not including the much-anticipated Cleveland-Indianapolis showdown that will likely hold serious implications for the 2013 NFL draft.

Other games to keep an eye on…

Baltimore Ravens at Houston Texans (Week 7): The Texans have posted an 0-6 franchise record against the Ravens that happens to include a Divisional Round loss in last season’s playoffs. With a healthy Matt Schaub back under center, this could be the game where Houston finally breaks through.

St. Louis Rams at Washington Redskins (Week 2): After trading the No. 2 pick in next week’s draft to the ‘Skins, the Rams better hope that RG3 doesn’t tear them apart when these two teams get together. I can’t imagine the St. Louis faithful would find that amusing.

San Francisco 49ers at New England Patriots (Week 15): We were an overtime away from seeing these two teams play in last February’s Super Bowl.

Buffalo Bills at Houston Texans (Week 9): Newly-minted defensive end Mario Williams returns home to face the team that drafted him back in 2006. Matt Schaub should be on high alert.

San Diego Chargers at New York Jets (Week 16): Since 2000, the Chargers are just 2-5 over their last seven meetings with the Jets, which includes a 27-21 loss at New York last year that saw the Bolts blow a 21-10 halftime lead.  A December date could spell disaster once again for Norv Turner's crew.

New England Patriots at Baltimore Ravens (Week 3): Believe it or not, the Ravens have only defeated the Patriots one time (1-7) since 1996. It’s been a great rivalry to watch, but be advised that this could be the last opportunity we get to see Tom Brady and Ray Lewis on the field at the same time. 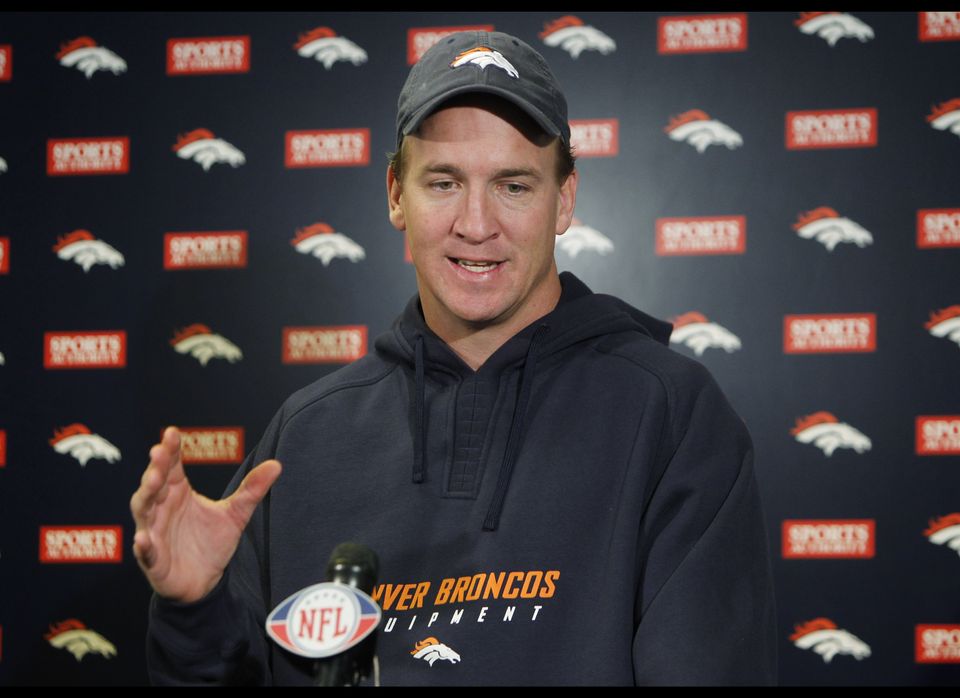 1 / 10
1. A Rivalry Renewed
<u>Denver Broncos at New England Patriots</u> <strong>Week 5: </strong>Sunday, 4:15pm eastern <strong>Why we're jacked up: </strong>Simple, it's Manning vs. Brady. The two future Hall of Fame quarterbacks have faced each other 13 times over their illustrious careers, with Brady holding a 9-4 edge in the series (7-3 regular season, 2-1 postseason). Manning is just 2-6 lifetime at Foxborough against his AFC counterpart, so you can bet that this is the first game the former Indianapolis Colt circled on the calendar once the schedule went public.
AP