It's almost the end of the world, according to purported Maya predictions, and the 2012 apocalypse business is booming.

Survival kits, documentaries, and nearly 200 books presenting the "real" 2012 story are all on offer. And you could probably surf the Web from now until Armaggedon—tentatively slated for December 21, 2012—and still see just a fraction of the Web sites and products devoted to the topic. But amid all the hype—including a viral marketing campaign for 2012, the disaster movie opening Friday—some people are developing honest "end times" anxiety that has experts seriously concerned. 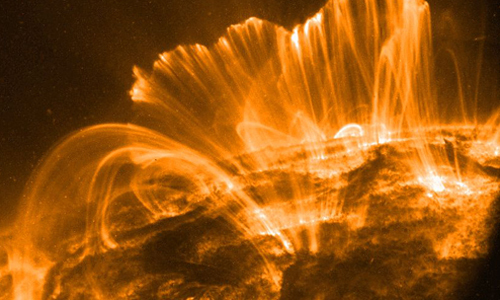 NASA's Ask an Astrobiologist Web site, for example, has received thousands of questions regarding the 2012 doomsday predictions—some of them disturbing, according to David Morrison, a senior scientist with the NASA Astrobiology Institute. "A lot of [the submitters] are people who are genuinely frightened," said Morrison, who thinks movie marketers, authors, and others out to make a buck are feeding some of the fears. "I've had two teenagers who were considering killing themselves, because they didn't want to be around when the world ends," he said. "Two women in the last two weeks said they were contemplating killing their children and themselves so they wouldn't have to suffer through the end of the world." 2012 Movie Just Entertainment Part of the worry, Morrison says, is being fanned by a suite of Web sites created by 2012 distributor Sony Pictures Entertainment. The sites appear to represent scientific organizations, press releases, and 2012 whistle-blowers all intent on telling the "truth" about our upcoming doom. 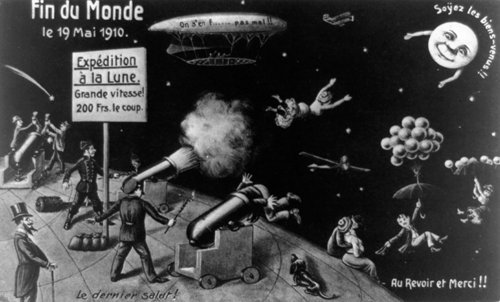 Now all the 2012 marketing sites display clear disclaimers that the contents are "Part of the 2012 Movie Experience." But those labels weren't there from day one, adding to the suggestion that the doomsday scenarios might have some truth behind them, Morrison said. Sony Pictures spokesperson Steve Elzer argues that it's clear the film's marketing materials are tied to the promotion of the movie. "When moviegoers see trailers or visit Web sites linked to our film," he said, "they know this is an entertainment experience, just as those who see materials created for Transformers understand robot aliens have not really landed or those who attend Twilight: New Moon know vampires are not actually among us." 2012: Is This the Way the World Will End? In general, fear over the 2012 doomsday prediction is just another example of a scenario that has been repeated over the centuries, said University of Wisconsin historian Paul Boyer. Baptist preacher William Miller, for example, convinced as many as a hundred thousand Americans in the early 1800s that the second coming of Jesus Christ would happen in 1843. It didn't, much to the Millerites' "great disappointment." And Hal Lindsey's 1970s national bestseller The Late, Great Planet Earth suggested that the end could come in the 1980s. We're still here and so is Lindsey, who has since revised his theories. "The crucial date always seems to be within a decade or so of the present, so that you have a sense of imminence, that it's going to happen soon," said Boyer, author of When Time Shall Be No More: Prophecy Belief in Modern American Culture. A healthy distrust for authority fuels the fire. Conspiracy theorists often believe that world governments and those "in power" know all about some impending disaster but are doing nothing to save the rest of us. Now, thanks to the Internet, such theories can gain traction quickly and spread more widely than ever before. Yet something must account for the enduring appeal of an upcoming Armageddon. Perhaps it's knowing the future when others don't, or being one of the select few to solve impenetrable mysteries, Boyer said. "For a lot of people I think it's almost kind of a parlor game. But there are also people who take it very seriously," he said. "What strikes me is the total lack of historic awareness that people who get caught up in these things seem to exhibit. The most elementary look at history shows such a series of these episodes that are then proven false. "Yet despite that, there always seems to be a market." Maya 2012: Truth Better Than Fiction Anthony Aveni, a Maya expert and archaeoastronomer at Colgate University in Hamilton, New York, has also seen the effects of 2012 hysteria firsthand. "I got into an email dialogue with a high school student who was quite seriously concerned that the world was going to end," he said. "This person thought we were all going to die. That motivated me to write about it." His book, The End of Time: The Maya Mystery of 2012, is one of several attempts by experts to dispel the myths of the Maya apocalypse and instead focus attention on the facts about the ancient culture. "It's a teaching moment," Aveni said. "If we allow people to fear 2012 and miss a great opportunity to learn about the Maya and their amazing culture, then we're not doing our job." Watch the Preview.