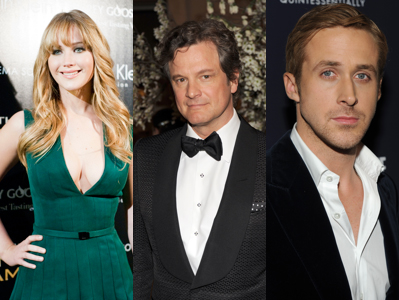 After five days at the 2012 Toronto International Film Festival, we can say that the Canadian fest is one of the most well-executed festivals and/or crowd situations we have ever visited. Every volunteer we encountered was friendly, clearly marked in bright orange, and carrying both a map and a program guide. The downtown area was eerily clean and seemingly devoid of traffic-slowing obstacles (like children, dogs, and superhero-themed pedicabs) and garish studio-film advertisements. The only complaints that we can fairly make regard: 1) one film from a legendary director that was so unintentionally campy, it resembled porn without the sex; and 2) the fact that 5-Hour Energy shots now seem to be a socially acceptable beverage to consume in public. Alas, there were many highlights worth revisiting in superlative form. Ahead, the mosts of the 2012 Toronto International Film Festival.

Most likely to be a best-actress contender: Jennifer Lawrence (Silver Linings Playbook) and Marion Cotillard (Rust and Bone).

Most likely to be a best-actor contender: Joaquin Phoenix (The Master).

Most overwhelming visual experience of the T.I.F.F.: Cloud Atlas, the extraordinarily complex adaptation from the Wachowskis and Tom Tykwer.

Most confounding film of the T.I.F.F.: Terrence Malick's To the Wonder, which features maddeningly little dialogue and makes you wonder whether you are missing the point of the film.

Animal actor with the best hotel accommodations: The shih tzu that plays Bonnie in Seven Psychopaths, who was camped out in her own Ritz-Carlton quarters during the film's press day.

Best use of a Bruce Springsteen music cue: The Place Behind the Pines.

Most entertaining press conference: Hyde Park on Hudson, thanks to Bill Murray.

Most wonderfully campy title of the festival, and also best/only film to feature James Franco playing a Britney Spears song on a white piano on the beach: Harmony Korine's Spring Breakers.

Most horrifying obstacle for germaphobes: The handheld credit-card machines that Canadian taxi drivers now use, which need to be passed back and forth to passengers several times per transaction.

Most depressing movie to watch on a hotel television after a day full of Oscar-worthy films: The Wedding Planner, starring Jennifer Lopez and Matthew McConaughey.

Longest line for an event that did not involve a film premiere and/or Ryan Gosling: The American Beauty live read.

Actor most swooned over by middle-age women: Colin Firth.

Actor most swooned over by women at large: Ryan Gosling.

Film that prompted the most audible sobs: The Impossible, the tsunami film starring Naomi Watts and Ewan McGregor.

Most effective use of a press conference as a complaint forum: Tom Hanks, during the Cloud Atlas press gathering.