The bureau, which represents Canadian home, cars and business insurers, said the preliminary estimate for the floods surpassed the C$1.57 billion in damage caused by the 1998 ice storms in Ontario and Quebec.

"It's a staggering number that we expect will go even higher, Bill Adams, the bureau's vice-president, western and pacific, said in a statement.

Heavy rains over the eastern slopes of the Rocky Mountains that began in late June caused the 100-year flood that was blamed for four deaths, forcing the evacuation of thousands and shutting Calgary's downtown core, the center of the country's oil and gas industry, for nearly a week.

The preliminary estimate, which will be updated in 60 days, is calculated from more than 25,000 claims filed to insurers since the floods. 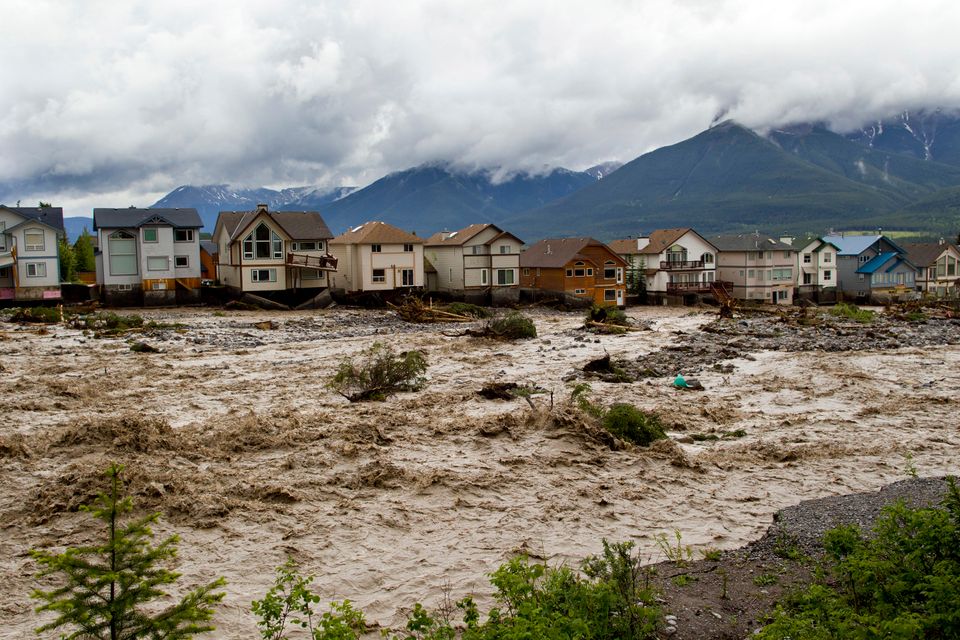 1 / 67
Emergency Declared In Southern Alberta After Heavy Flooding
Houses damaged along the edge of Cougar Creek are shown June 20, 2013 in Canmore, Alta. Widespread flooding caused by torrential rains washed out bridges and roads prompting the evacuation of thousands.
Getty Images