When we at HuffPost Media started talking about what 2013 was like in the media world, we kept coming back to one word: "insane."

It's a sentiment that's almost always hyperbolic, but, in this case, we're sticking with it. 2013 was a pretty insane year for the media: a dramatic, jaw-dropping, thunderbolts-and-lightning kind of a year. It was also a deeply important one.

In this post, we're going to focus on what was undoubtedly the biggest story of the year: perhaps the most titanic clash between media and government in living memory. (We'll get to the rest of the year's big events in another post.)

Time and again, people in 2013 grappled with the fact that governments in multiple countries seemed willing to intervene in journalism in startling ways. They were also reminded, if they needed it, of the power and value of journalism itself.

In the United States, President Obama found his administration repeatedly condemned as the most hostile and dangerous to the press since Richard Nixon's. Though the White House vociferously disputed these comparisons, it was easy to see why people were pulling out the history books.

There was, for instance, the Justice Department's admission in May that it had secretly gotten its hands on two months of phone records of reporters and editors for the Associated Press—something which the AP, an organization not typically known for its fiery statements, called a "massive and unprecedented intrusion" into its journalistic operations. 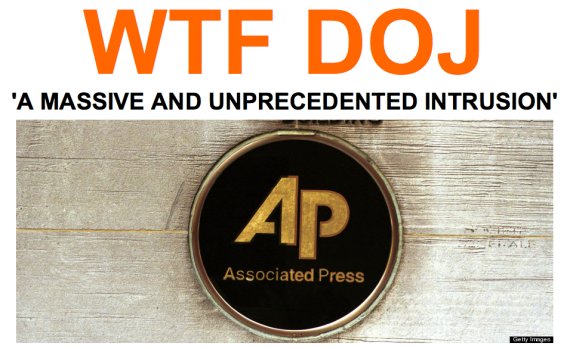 Less than a week later, the Washington Post revealed that the DOJ had also systematically surveilled Fox News reporter James Rosen—and, even worse, had dubbed him a "co-conspirator" in a national security leak case.

The notion that the practicing of journalism could be so baldly equated with criminality was met with responses like this one:

The targeting of the AP and Fox News proved to be a kind of tipping point, bringing the long-simmering story of the Obama administration's aggressive targeting of the media fully into the light. The backlash against the DOJ was so intense that Attorney General Eric Holder was forced to assure journalists that he would change the way the department conducted its investigations.

The bad blood between the press and the president continued throughout the year. December, for instance, saw a revolt by White House photographers and others, who decried the fact that they were allowed so little access to Obama and were instead forced to rely on carefully crafted pictures from the White House staff. The AP's director of photography called the tactic "Orwellian."

All in all, it was easy to see why an October report about the state of press freedom in America from the Committee to Protect Journalists was so downbeat. The report, by former Washington Post editor Leonard Downie, detailed the chilling effects the White House's tactics were having on journalism. In a widely-repeated statement, New York Times reporter David Sanger called the Obama administration the “most closed, control-freak administration I’ve ever covered.”

If the DOJ's operations showed how dangerous the White House apparently considered journalists to be, the publication of the Edward Snowden leaks by the Guardian, the Post, the Times and other outlets around the world—including, in one instance, The Huffington Post—provided a perfect example of why. People searching for a better case for the impact journalism can have would be hard-pressed to find one.

The revelations sparked international outcry and debate, turned journalist Glenn Greenwald into a global celebrity, and led to an eye-poppingly brutal response from the British government.

The UK's hostility towards the Guardian was breathtaking, even to Americans who had just recently been condemning their own government's excesses. Prime Minister David Cameron's government dispatched civil servants to the paper's offices, where editors were told in no uncertain terms that they could either destroy the hard drives containing the Snowden documents or face crippling legal action. (The paper complied, since it had copies in other countries.)

Then, police at Heathrow Airport detained Greenwald's partner, David Miranda, for nearly nine hours under Britain's Terrorism Act. The White House essentially admitted it had known of the planned detention in advance. 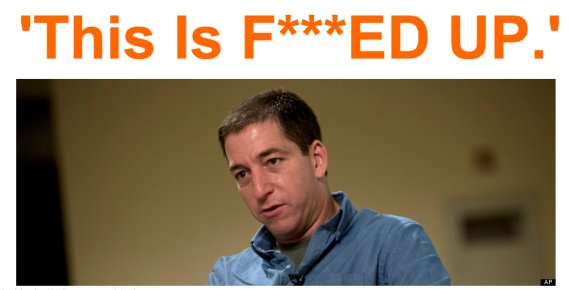 The targeting of the Guardian culminated in a rather disturbing parliamentary hearing in which editor Alan Rusbridger was asked whether or not he loved his country. Rusbridger staunchly defended himself:

The Snowden saga also tended to expose deep fissures in the elite media. While some outlets and pundits were either publishing Snowden's leaked revelations or praising him for revealing so much hidden information, others were condemning him and essentially siding with the U.S. government. CBS News' Bob Schieffer, for instance, sneered that Snowden was no Rosa Parks:

Seen in one light, the picture that emerges is unremittingly depressing: of a media under continual assault, of governments using new technological powers to fight journalism in sophisticated ways not available to their predecessors; of press freedom attacked at every turn.

Yet there are many reasons to be hopeful. If 2013 was a year that showed that the state was willing to exert its power more than ever, it also showed how much power the media still retains—and, with the Snowden stories, the good it can do when it flexes its muscles in service of holding the state to account. It seems quite likely that 2013 could be seen as a watershed moment for the media and journalism. At the very least, it will make 2014 a fascinating year.