When the Endeavour space shuttle snaked through Los Angeles streets in 2012, locals marveled at the spectacle. But few likely realized the tourism bump the retired spacecraft, now docked at the California Science Center, would have on the city.

In a record-breaking year, the city saw a record 42.2 million visitors, a 2 percent rise over 2012, the mayor told reporters.

While difficult to pinpoint the exact reason for the rise, Garcetti cited the shuttle, as well as the forthcoming Broad Museum and Wilshire Grand Hotel, both in downtown, as evidence of the city's eye toward growth. He also mentioned Los Angeles International Airport's new $1.9 billion Tom Bradley International Terminal.

"We are investing very specifically in tourism," said Garcetti, standing near the space shuttle's darkened nose.

The rise in tourism marks the third year in a row Los Angeles has seen a record number of visitors, city officials noted, The boom also has resulted in a growing number of hotels and hospitality jobs, the officials said. Jason Cochran, editor of the travel site frommers.com, said the city is benefiting from a drop in crime, improved public-transit options, an affordable and eclectic food scene and a renewed interest in the region's rehabilitated historic buildings, such as the forthcoming Ace Hotel in the ornate United Artists Building.

"L.A. isn't tearing down every building and putting up glassy new things," said Cochran, who travels to the city at least twice a year. "You are going to start attracting people to these historic areas."

Board officials said the 2013 growth comes partly from China, the biggest driver of overseas travel to L.A. A few years ago, Australia sent the most tourists to L.A., but China's recent economy growth is now likely the cause of the spike.

Tourism & Convention Board President and CEO Ernest Wooden Jr., who appeared alongside Garcetti, said there has been a recent push to open to open more L.A.-focused offices. An outpost in Shanghai opened last year, and there are plans for another in Sao Paulo, Brazil.

The boom may be a result of taxpayer-funded hotel deals. In the last decade, the city has collectively agreed to forfeit at least $400 million in incentives to developers, all part of an effort to encourage the construction of new hotels, city documents show. In some cases, those developers have thrown fundraisers for City Council members running for office.

On Monday, Garcetti defended the subsidies, which he consistently supported as a councilman.

Despite the strong hotel numbers, Cochran believes L.A. needs more moderately priced hotels, especially in tourist hubs like downtown. "They need more affordable hotels, ones which aren't just by the airport," he said.

A lack of hotel rooms downtown continues to be a constant issue, city leaders warn, noting that rooms are needed to adequately serve those using the Los Angeles Convention Center.

A report released last month by budget chief Miguel Santana stated that "despite 3,000 hotel rooms that are in various stages of the development phase within the downtown area, Los Angeles will continue to have a significant gap in comparison to other competing California cities." ___

PHOTO GALLERY
Where To Spot A Celeb

2013 LA Tourism Sets Historic Record
Where To Spot A Celeb 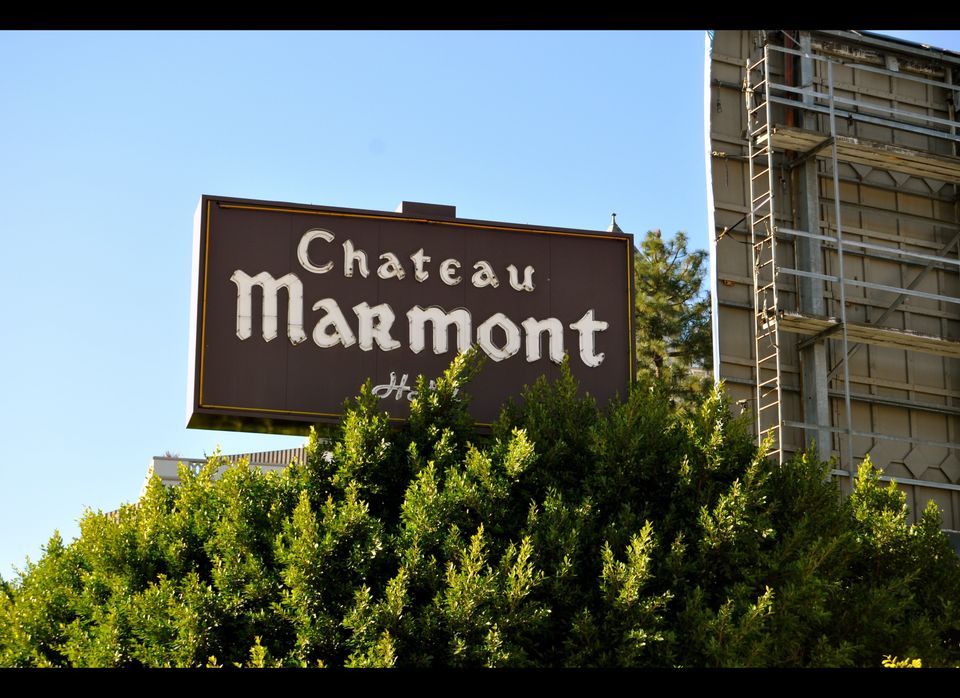