If a team is to make the most of the NBA Draft, it requires a combination of excellent scouting and good luck. And this year, it may take more of the latter, as the talent in this draft pool happens to be one of the least predictable to enter the league in quite some time. With the draft just days away, the top pick is still uncertain.

With so many question marks, one factor to consider is the NCAA Tournament and the role it could play on draft night. A recent ESPN The Magazine article figured that "on average, a player who scores four points per game above expectations on a team that wins one more game than projected in the tournament will boost his draft position by 4.7 slots." Kemba Walker comes to mind as a guy who propelled himself into the lottery when he led UConn to the 2011 national title.

On the flip side, general managers and scouts alike can overreact to poor March performances. In this draft, Indiana big man Cody Zeller was thought to be a surefire top-three pick before a lackluster second half of the season and underachieving tournament performance -- only to test as the most athletic big man at the Chicago scouting combine. 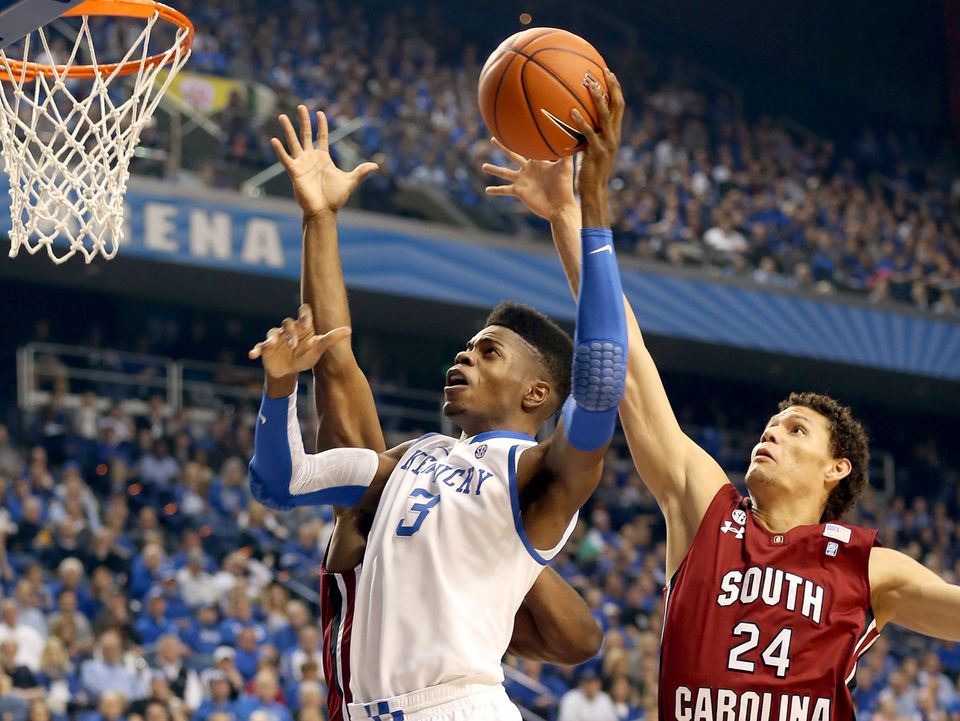 1 / 30
Cleveland Cavaliers: Nerlens Noel, C, Kentucky
The Cavs have been shopping this pick but cannot extract enough value in return. Noel is far from a sure thing and ACL surgeries for young bigs are always a flag, yet his rare athleticism and natural shot-blocking skills will instantly help a Cleveland defense that ranked dead last in defensive field goals allowed. The long-term hope is that pairing him at center with Tristan Thompson at power forward will create a dominant front line and quality pick-and-roll duo for Kyrie Irving.
Getty Images