The outspoken Richard Sherman didn't make a too big fuss when his name was left off the 2013 Pro Bowl rosters, which were revealed Wednesday evening. The Seattle Seahawks' cornerback congratulated three of his teammates -- Russell Okung, Marshawn Lynch and Earl Thomas -- on making the Pro Bowl and wrote (perhaps with a dash of sarcasm) that he "obviously didn't play well enough to make it. All good."

Shortly after the rosters were announced, some of his fans expressed their outrage of Sherman's omission by tweeting some of his 2012 accomplishments at him. Sherman retweeted some of them.

Those who tweeted at Sherman weren't alone their opinions that the dominant defensive back shouldn't have been left off the Pro Bowl rosters.

Despite being in embroiled in PED controversy that includes a disputed positive test and a vigorous appeal, Sherman's name appeared at the top of most of the annual "Pro Bowl Snubs" lists.

Of course, as is the case every year, there was more than just one surprising omission from the 2013 Pro Bowl rosters. Redskins rookie Alfred Morris, the fourth leading rusher in the NFL, was also left off. As was Dallas' Dez Bryant, the receiver with the second most touchdown catches in the league.

Who do you think was the biggest Pro Bowl snub this season? Did we forget someone? Let us know in the comments section. 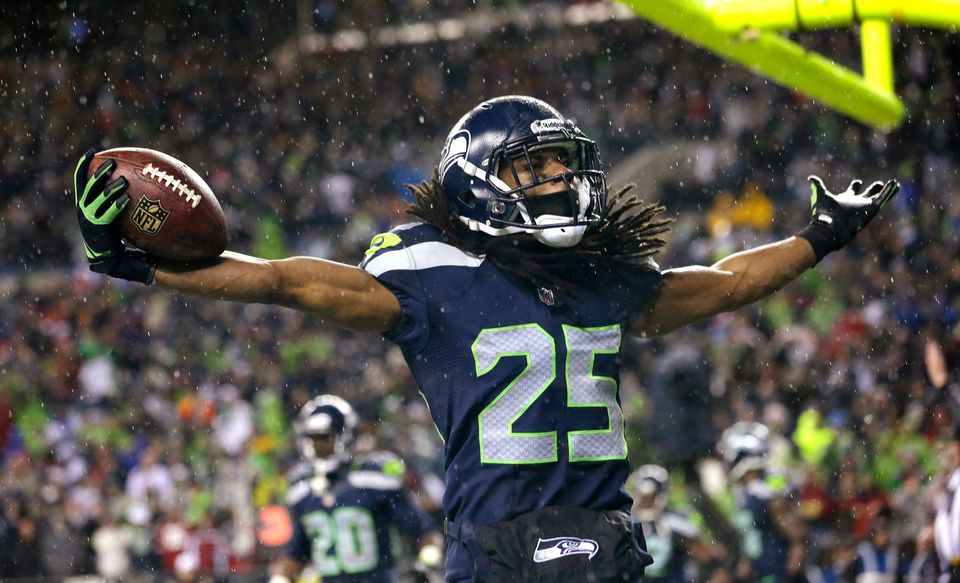 1 / 10
Richard Sherman, CB - Seattle Seahawks
Maybe Richard Sherman's potential drug suspension had an impact on the voters. Because how else would Sherman have been left off? He's <a href="http://sports.yahoo.com/news/nfl--richard-sherman--andrew-luck-among-pro-bowl-snubs--ed-reed--matt-schaub-undeserving-of-honors-040000663.html">widely considered</a> the best cornerback <a href="http://www.cbssports.com/nfl/blog/clark-judge/21455850/pro-bowl-snubs-you-can-start-with-these-guys">in the league</a>. He's tied for 1st in the league in passes defended and 2nd in interceptions on one of the best defenses in the NFL.
AP