Because humans can't help but immediately recap everything that happened, and because subjective opinions must be presented as objective value judgments, there's plenty of year-end talk about who dominated 2013. Jennifer Lawrence is the AP's Entertainer of the Year (despite the fact that Beyoncé performed at the inauguration and Super Bowl and casually dropped a No. 1 album), the Pope is Time's Person of the Year, Taylor Swift is New York magazine's Biggest Pop Star on the Planet. But insofar as everything is subjective anyway, I've been wondering how this year could really belong to anyone but Kanye West.

We've covered Kanye a lot on HuffPost, through probably overwrought thinkpieces and possibly unfair looks inside his relationship. He invites it all. "Kanye's a jerk," people say, as though it matters whether our pop stars are "kind," and as though we actually know how any of these people actually are. But in 2013, Kanye shined because he didn't leave anyone out of the conversation. Whether you were a white music label executive, a black teen saving up for some flossy threads, a white teen saving up for some flossy threads, a high-end retail employee, the CEO of Nike, a woman, a man, a friend with a radio show, an enemy with a radio show, an over-eager concertgoer, a paparazzi, an Instagram user, Kanye West or a late-night comic, Kanye came for you.

Many of the artists we remember best implicate all of us in their work. It doesn't matter if Andy Warhol's soup cans were "good paintings" or whether or not you felt he was a creep or nice -- whether you were an executive at Campbell's, a museum visitor furtively snapping photos of Warhol's paintings or -- perhaps, worst -- a high-roller picking up a few pieces for the house (hi, Jay), you're inherently a part of the absurdism Warhol was highlighting. And who didn't Kanye, who fancies himself as a bit of a Warhol and was the victim of a literally Warholian hoax, implicate this year?

For a self-described egomaniac (haters: he's known himself for years), West sure did start with himself. The man known for lashing out at photographers fell in love with Kim Kardashian, the queen of tabloid media and pursued her with uninhibited, childish glee, a love story told through mid-concert pregnancy announcements and a purposefully misspelled proposal on a stadium jumbotron. 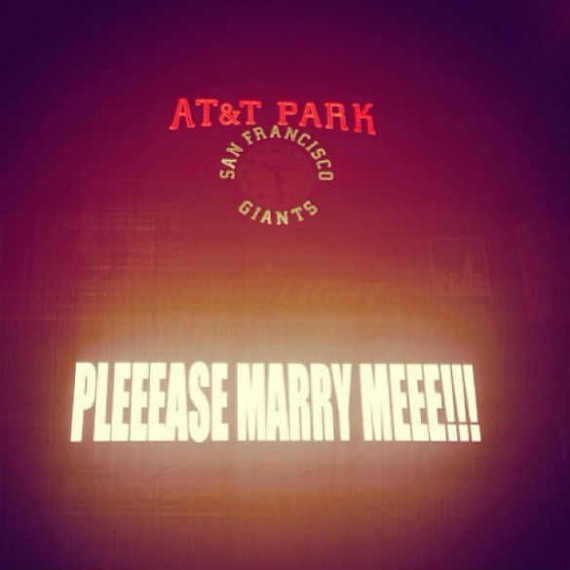 He released his first new solo material of the year on the sides of buildings in the dark of the night, projecting only a close-up of his face saying the words "My momma was raised in an era when clean water was only served to the fairer skin" before running through indictments of himself (again), blacks and whites, stores, music industry big-wigs, the press, the DEA, the CCA and then announced his plan for the rest of the year: "I'm 'bout to tear shit down, I'm 'bout to air shit out." Then, finally, a question: "Now what the fuck they gon' say now?"

As it turned out, they had plenty to say. Throughout the year, West would be branded a confused idiot, a materialist, a faux-revolutionary, a controlling fiancé, a violent thug -- the list goes on. But what entertainer asked more important questions this year than those West tried to get you to think about? Hell, which politicians did? Artists like M.I.A. offered trenchant critiques of The Way We Live Now, but no one approached the breadth of curiosity and fire with which West seems to spend every minute of his life. Meanwhile, Jay Z got away with uttering the words "you saw what I did to that stop and frisk," and tried to spin selling a few vanity items at Barney's as a revolutionary act. Katy Perry, Miley Cyrus and Selena Gomez offered incredibly disheartening impressions of geishas, blacks and Indians, respectively. Lady Gaga sanitized R. Kelly's reputation by cooing "do what you want to my body" to him, and Taylor Swift side-eyed Tina Fey and Amy Poehler for teasing her proven habit of mocking ex-boyfriends in songs. Plenty of other good music was made this year, but no A-level celebrity pushed as hard or as far as Kanye. 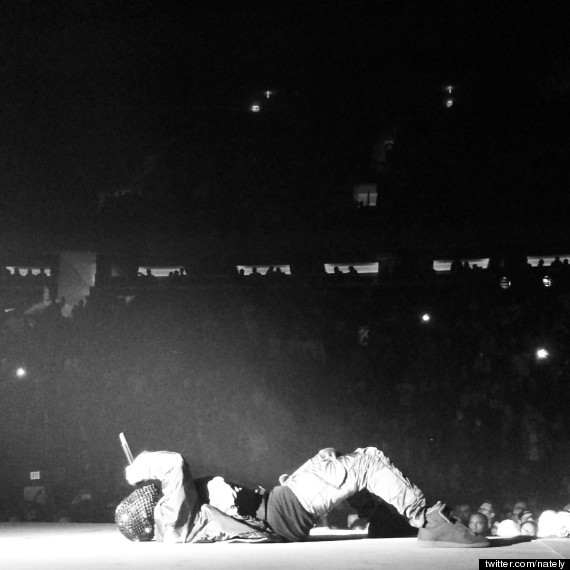 West also impressed by locating much of the discourse he was engaging in on his own body. "They see a black man with a white woman at the top floor they gon' come to kill King Kong," he seethed on "Black Skinhead." During mid-concert sermons on his "Yeezus" tour, West would fall to his knees or on his back, putting his all into censuring American culture and its giants. He lingered on the edge of a 20-foot peak, singing about the pain of his mother's passing, in a bit that narrowly edges out Beyoncé's every-night cry during "Halo" for the best concert moment of the year. "It's all an act," his detractors say. "He's just a jerk." Never mind that this is a man who, after his fiancé arranged a meeting with Deepak Chopra, turned to her and said, "You know what calms me down, baby? Success."

Even his misses proved enlightening -- selling Confederate flag-laden merch felt like an undergraduate idea of counterculture, but the discomfort of non-white concertgoers who witnessed their white peers eagerly tossing on t-shirts and screaming every n-word in every song was a very real thing. The sloppy way he chalked up some of Obama's difficulties to the fact that the president is not Jewish was wrong, but his response to criticism of the self-described "ignorant compliment" was another reminder that no one "has [all] the answers." He spun his farce of a "Bound 2" video into a critique on American kitsch, laughing at people who think it was unintentional that Kim's hair and the wind move in different directions in the clip. And when he devolved into calling Jimmy Kimmel names on Twitter, the rapper appeared on the smug comedian's show to clean things up by imploring that he be treated as a person, not as a "rapper" or a two-pronged "good Kanye" and "bad Kanye." (Kimmel's insistence on flattering himself as being in a "rap beef" parallels West's struggle in the fashion world, where he says no top-level designers would work on "a rapper's line.")

I have always said that Kanye is a mirror, but this has never been as true as it was in 2013. In a year where the artist notched the lowest first-week album sales of his career but stayed closest to the center of American pop culture, West at once debased and helped prove every the points of ever hater and every fan. But by putting himself in the crosshairs on nearly every issue, Kanye did something few major artists did in 2013: He asked you to do the same.