This year has been marred by crises across the globe, as protests and conflicts have dominated headlines. Groups that were unknown to many, such as the Islamic State and Boko Haram, have become well-known. Tragedies like the downing of flight MH17 instantly entered public consciousness. Other crises, such as the continuously rising death toll in Syria and the increasing death toll of migrants, have occurred at a slower, yet relentless pace.

Some of these crises have been gestating a long time, while others seemed to develop in an instant. But were any of them predictable?

Each year, political scientists working in the field of crisis and conflict forecasting run complex models analyzing the propensity for conflict in different regions across the world. These are usually published around the beginning of the year as a primer for both policy makers and the public on the threats to watch out for in the months ahead.

Each of these forecasts is unique; some prioritize risks in relation to U.S. interests, and others focus on aspects such as the potential for a mass killing. Taken together, they give a general idea of the regions and actors that concerned people looking at what the world would face in 2014.

These forecasts are a valuable, if imperfect, resource for taking preventive action to stop crises. They also make an interesting subject for review, revealing which of the tumultuous events of the year we could have seen coming, and which seemed to come out of the blue.

These are the global events that forecasters gave a moderate to high likelihood of occurring. 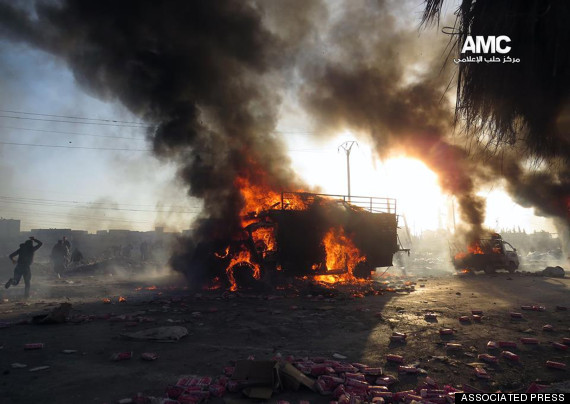 While Syria's civil war has been going on for years, 2014 saw it become even deadlier, as well as draw in more direct action from foreign powers. The Center for Preventative Action, which seeks to inform U.S. policy makers, put Syria high on its list of priorities for the U.S., stating "intensification of the Syrian civil war including possible limited military intervention" was a top-tier concern.

That ended up being an accurate assessment, as the U.S. and allies are now embroiled in a campaign against Islamic State militants, while the death toll from the war grows.

The CPA report also lists Libya as having the potential to experience "growing militancy," which is an accurate, if muted, prediction of what happened this year. The country has seen constant fighting as Islamist militias, a renegade general and army forces vie for control of major cities. Neighboring states have conducted airstrikes in Libya, and the country risks sliding into an outright civil war.

The CPA projected a high likelihood of growing unrest and sectarian violence in Nigeria, although it's unlikely the specific rise of Boko Haram into the international spotlight was foreseen. Crisis analysts also predicted the threat of mass violence as likely in the Central African Republic, which occurred, as interfaith violence brought the country to the brink of genocide.

The CPA also accurately predicted that Pakistan would see political instability and rising violence within its borders. The wave of protests that occurred throughout the year, and the brutal killing of schoolchildren by the Pakistani Taliban, show that this was sadly accurate as well.

In a report on 2014 by the Eurasia Group aimed at investors and business leaders, the Islamic State was noted as a factor in the threat of expanding unrest in the Middle East. The report predicted, "Al Qaeda’s fast-growing franchise operating in Syria and neighboring countries, will shift its resources this spring toward weakening the Shia-dominated government in Baghdad." Which is basically what happened.

Eurasia Group also accurately, if vaguely, predicted that Russia would be a rising risk and had the potential for "brash geopolitical behavior." As their report states, the "implications of an all-powerful leader with a shrinking support base and a flair for the unpredictable are worrisome."

What Didn't Pan Out

The risks that ranked high but didn't occur, or ranked low but did. 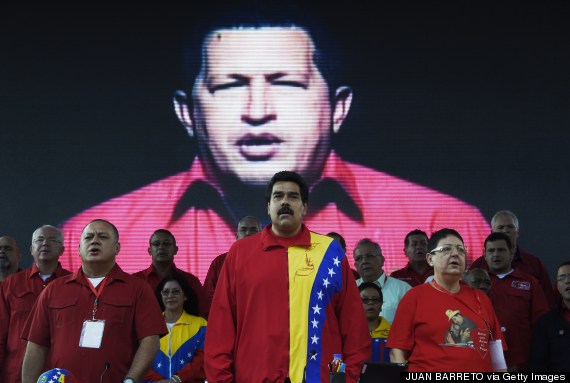 Since one point of forecasting is to inform policymakers and leaders about potential risks so they can work to prevent them, it would be inaccurate to consider these predictions things that analysts got wrong. Rather, these are events that had a high capacity for creating chaos, but either were prevented or perhaps whose seriousness was overestimated. Also included are the risks that ranked low but ended up playing a major role in geopolitics.

A big threat listed by multiple reports, including the CPA and the Eurasia Group, was conflict in the South China Sea between Japan and China over a disputed island chain there. The threat was deemed to be low, but it was still an apparent concern that has largely fallen off the radar as the year progressed. Although the Eurasia Group stated that "China is starting something big, dangerous, and all about China," there were actually some diplomatic concessions and efforts, like the U.S.-China climate deal, that moved things in a positive direction.

To be sure, there were some tense times between China and Japan, as flyovers and inflammatory diplomatic moves raised ire in both countries, but in the end cooler heads seemed to have prevailed. The two nations' leaders ended up shaking hands in a sign of detente later in the year.

The Eurasia Group also put what it calls "Al Qaeda 2.0" as a top 10 risk, which it described as a resurgent threat to the world. This hasn't exactly been the case in 2014, since although Al Qaeda has sought to branch out into areas such as India, its influence as a jihadist group has been eclipsed by the Islamic State.

One risk ranked low by the CPA was unrest in Venezuela, something that for months dominated headlines and spurred widespread violence in the country.

A report by the World Economic Forum also listed its top risks for 2014, the majority of which are broad and involve categories such as "Food crises" or "Greater incidence of extreme weather events." Though these are pressing concerns, it can be argued that risks placed high on the list for 2014, like "water crises" at No. 3, should not have taken precedence over risks like those posed by non-state militant groups or rising tensions between Russia and the West.

What No One Saw Coming

Advertisement
These just didn't show up on the radar. 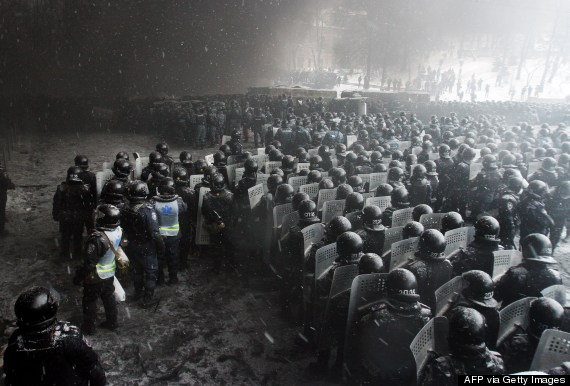 The events in Ukraine, though they had been gestating since before the year began, were simply not evident on any of the surveys reviewed, including those by the Eurasia Group, CPA and WEF. The Ukrainian revolution and conflict that emerged in its aftermath has been a significant geopolitical risk towards peace and stability in Europe.

Likewise absent is the threat of a worldwide medical crisis, as the year saw in the international Ebola outbreak. Another absentee was Hong Kong, which escaped predictions as a site of unrest. Similarly unforeseen was Burkina Faso, and its revolution that toppled its longstanding ruler within a short period of time.

One of the year's biggest conflicts, the Israel-Gaza war, was actually not on any of the surveys reviewed either. While CPA lists "third intifada" as an "other noted concern," the potential for war in Gaza apparently didn't rank high as a priority for these forecasters.

As the new reports for the year 2015 begin to come out, it will be interesting to see what analysts see as the biggest risks. Hopefully, far fewer of them come to fruition.