It was an inspirational, fun and thought-provoking show. San Francisco's spring weather was a treat even if I didn't see much of the sun -- I had to spend two entire days in both halls of Moscone Center. But my hard work paid out. Here are the culinary trends and predictions of a food writer and a serial attendee of the Fancy Food Show:

Sriracha popcorn from J&D Foods is not new. It came out a couple of years ago and it does pretty well. Now a second company produces the same flavor: The Popcorn Factory, Lite Works Popcorn! Sriracha is available. Sriracha hummus was introduced by Hope Hummus company and also the Sriracha Jam from Jam Stand was present. Finally, Simply Sprouted Way Better Snacks will introduce their Sriracha sprouted chips very soon and I am all excited. As Dave Lefkow from J&D Foods says, "Sriracha sells as much as ketchup in the West Coast and that helps the sales of popcorn." Who knows, maybe next year it will be our bread too. 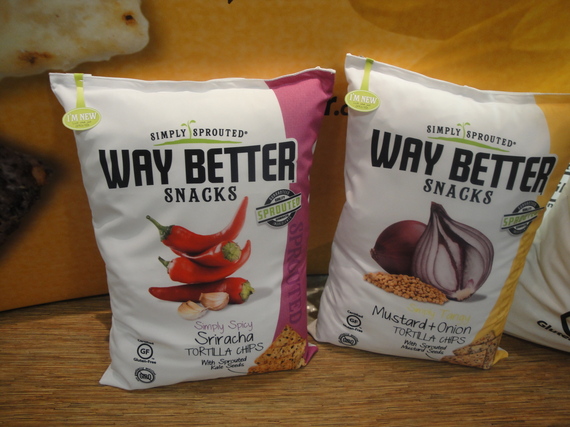 Seaweed: a healthy snack with a crunch

The abundance of seaweed-made products was evident. Now seaweed is not only available as a simple snack in its plain form but has obtained multiple flavors, shapes and formats. 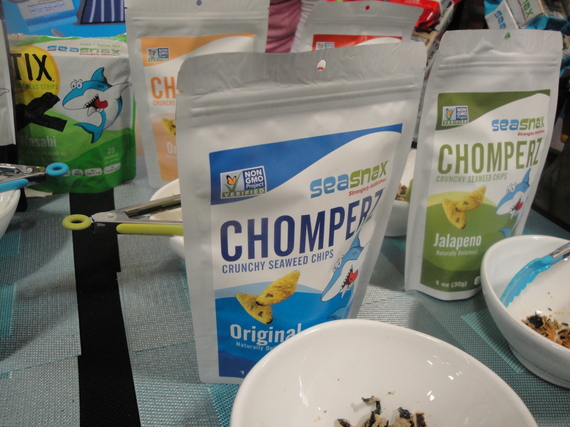 Jerky: Chicken, Turkey and even Salmon

Now jerky comes in beef but also in salmon, chicken and turkey. Ocean Beauty Seafoods introduced their Wild Salmon jerky in various flavors; Krave their amazing Black Cherry Barbecue Beef Jerky and the Basil Citrus Turkey Jerky. I saw the Turkey RealSticks from Vermont Smoke and Cure; Perky Jerky with their Turkey Perky Jerky as well as the Sweet & Spicy Beef Jerky. Even those who don't like beef can have a jerky made with salmon or turkey. 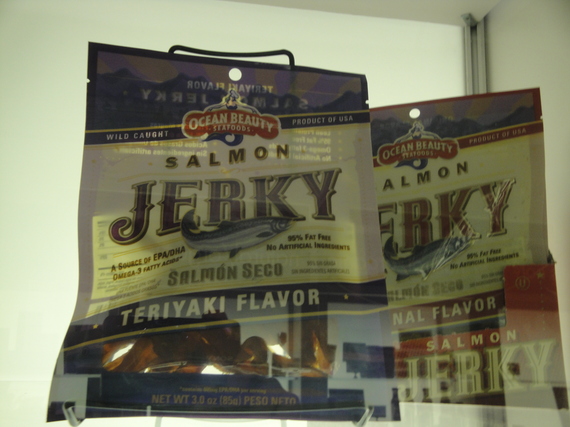 Foreign traditions with a twist or not
How can a traditional Italian, Spanish and Greek food company make their traditional products more appealing to compete with Fancy Food Show's innovation and quirkiness? Change their name, give them a different packaging, add a new dimension not before seen or just be real to tradition as it is. 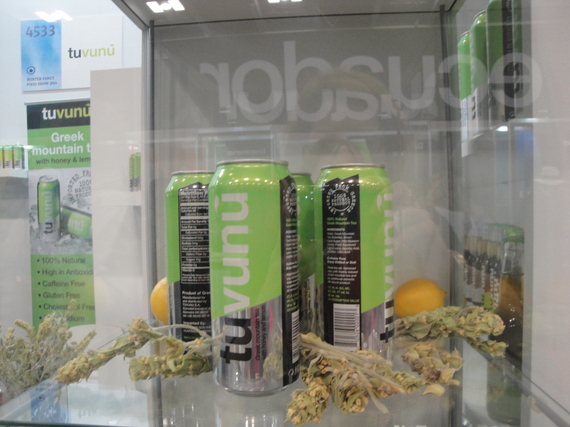 Greek Tea Company Tuvunu launched in the show, Mountain Tea in a can, with the same name "Tuvunu" (for Greek speakers that means of the mountain) -- a smart way to promote healthy iced tea from Greece. 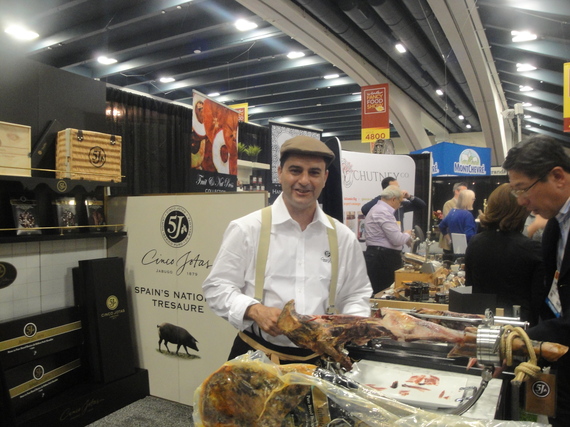 From Spain, Acesur introduced their newest La Española Organic Extra Virgin Olive Oils for Kids -- really a great idea in a colorful, playful spray bottle. And professional master cutter of jamón ibérico "Paco" was performing at the stand of Cinco Jotas (5Js), a traditional jamón with a sophisticated flavor.

The Brits loyal to tradition and the Royal Family showcased HRH Prince Charles product, the organic shortbread and biscuits Duchy and Walkers launched their newest Scottie Dog Shortbreads. Shortbread can be buttery for the American consumer and even "heavy" but is is smaller than the average American cookie. Have a small piece and let its crumbs melt in your mouth. It is a different experience.

Italy didn't seem to be extremely innovative this time and I was disappointed at France for being too slow to have a decent morning croissant. But without much thinking, I grabbed the fois gras canapés instead. Oh, vegetarians, you don't know what you are missing...

A citizen of the world who likes to write about one-of-a-kind foods, chilled wines and historic cocktails