It was Emmy weekend and celebrities were out partying, celebrating and picking up goodies at local Los Angeles gift lounges. While there were fewer suites than in previous years, the ones that were around packed a whole lot of goods, services and star power!

EXTRA'S 1st ANNUAL WEEKEND OF I LOUNGE produced by On 3 Productions to celebrate an EXTRAordinary year of television. Held at the London West Hollywood, the event was hosted by Extra's Mario Lopez, Tracey Edmonds and Charissa Thompson.

New Balance gifted its latest Vazee Rush running shoes and apparel from its upcoming Fall 2015 collection. The sneaker and clothing company also made a significant donation to SUSAN G. KOMEN on behalf of each talent that stopped by. Those celebs had the opportunity to donate a pair of pink Lace Up for the Cure Vazee Pace shoes to a survivor or co-survivor of his/her choice.

Keeping with the fitness theme, Centrum gave out their newest "VitaMints," a multi vitamin that's taken like a mint, plus Fitbit activity trackers to monitor their health. If that's enough to make you exhausted, Simmons Beautyrest gifted their Recharge Hybrid mattress and Diamond Luxe pillows. 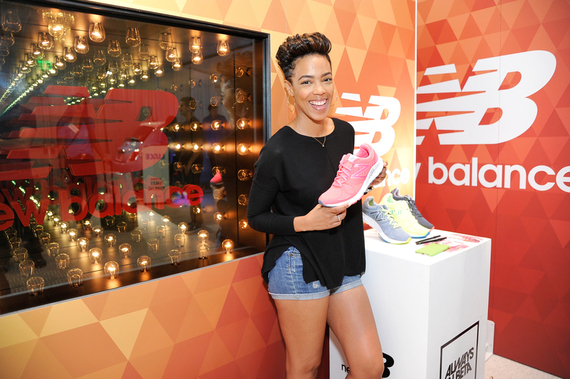 We all know that dropping off your car at the valet is less of a hassle than self-parking. That's why Luxe -- a service and app that sends valets to park your car no matter where you are -- handed out gift certificates for one year unlimited on-demand personal valet parking services.

Celebs loved the Hovertrax, a portable, personal transportation device created by Inventist. This double-wheeled, self-balancing board moves when you move. Think of it as a Segway but just the footboard and wheels, not the rest of the bulky upper parts. 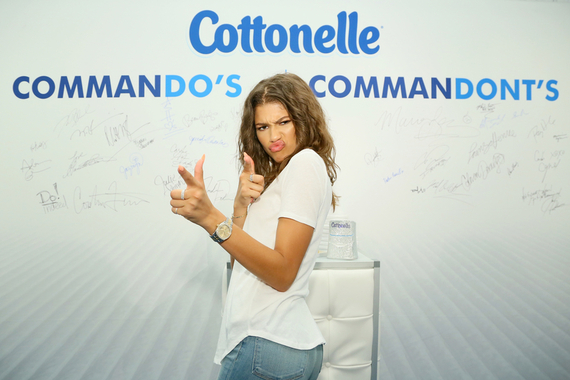 Zendaya at Extra's Weekend Of Lounge.

There were onsite services such as nail wrap manicures by Jamberry and brow shaping by Sania's Brow Bar. Both provided tools and goodies for celebs to take home and do to their own manis and brows.

Guests noshed on Sabra dips and spreads and indulged in signature cocktails by Rum Diplomatico. 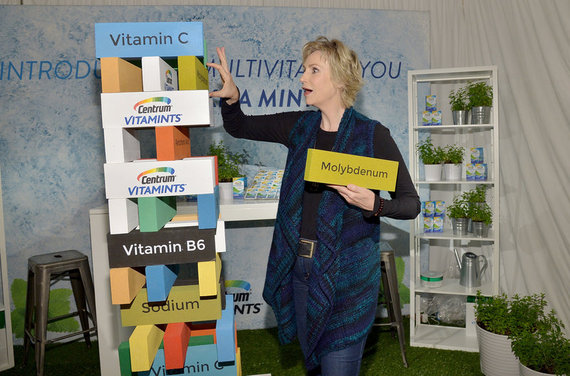 There was also skincare by Modere including its latest double whammy of an oxygenating gel and anti-pollution cream shield. Make-up artist Dimitri James handed out tote bags containing his "Skinn" line of skincare and make-up products such as eye shadow palettes infused with collagen-boosting peptides. 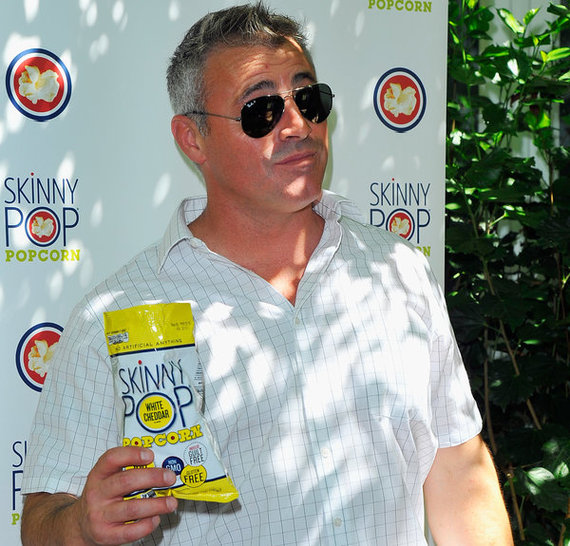 San Francisco-based Honestly Goods, which bills itself as "artistry with an attitude" had numerous pieces from its various collections of porcelain dishes, flour sack towels and apparel. All items are printed with quotes or phrases that are fun, sassy, inspirational and blunt. 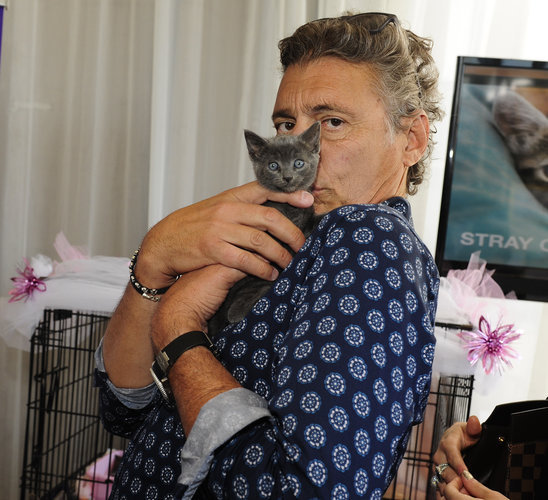 
The Artisan Group gifted handcrafted items from its collective of artisans including jewelry by Boy Cherie, knitted hats by Surprise Designs, men's pocket squares from Girl by Aileen and Lit & Co. Candles. 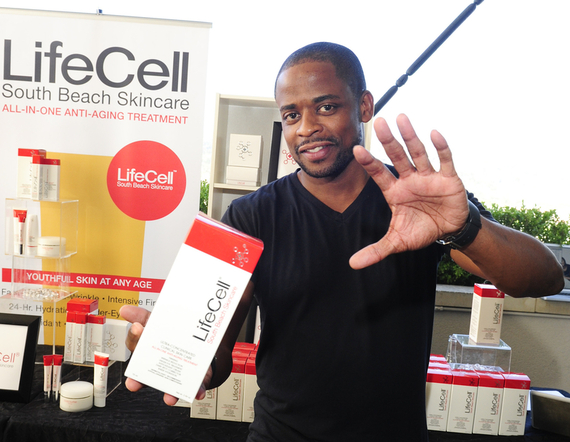 Grace in LA Jeans had numerous styles and colors of denim to choose from. Organic bedding Goodnight Naturals handed out organic pillows made from natural plant fiber derived from the Kapok tree that's billed as a healthier alternative to down.

There were eye palettes and bronzers from City Color Costmetics and watches by Radar. Cosmetic dermatologist Jason Emer provided facial treatments on site.

Lots to nosh on at this suite! Child entrepreneurs Gunnars and Jake gave out jars of their gourmet pickled products such as dill pickles, beets, beans, okra and more. Relish This! had a smorgasbord of relishes including flavors like Sweet Habanero and Sweet Jalapeno. There were QuestBar protein bars and ready to eat tofu from Nasoya that's already baked and marinated. Pets were also included on the food front with with freeze-dried dog and cat treats from Vital Essentials.

On the drink side there was loose tea from TeaScapes and Neon Energy Drink that glows a neon green when served in black light. Bonus for being "crash free" and containing no taurine, dairy or gluten.

Guests picked up hardcase luggage with spinner wheels by Chariot Travelware, whose unique designs make it easy to spot your bags at any airport carousel. Emergency survival company Resqme (ie: rescue me) had a combo seatbelt cutter and window glass breaker key chain tool that is a must for emergency situations involving a vehicle.

There was Petit Sirah red wine by Fete Today, jewelry cuffs by Ammanii and necklaces by AR Jewelry Designs. Gift certificates included a day of doggie day care at Camp Run-A-Mutt and burgers at Rounds Burgers. Santa Claus made an early appearance, teaming with Wireimage to do celebrity holiday portraits.

More:
Styleslidepollajax
Newsletter Sign Up
An essential daily guide to achieving the good life
Subscribe to our lifestyle email.
Successfully Subscribed!
Realness delivered to your inbox