Just about everyone on the planet with musical talent will perform at the Grammys on Sunday. Here's a rundown those scheduled to appear. This post will be updated as more names are added.

Katy Perry
She's only one week out from her Super Bowl halftime show, but Perry will take over the Grammys stage to sing "By the Grace of God," off her nominated album, "Prism." She's up for two awards, Best Pop Duo/ Group Performance for "Dark Horse" and Best Pop Vocal Album. Left Shark is not scheduled to appear.

Rihanna, Paul McCartney and Kanye West
They'll perform "FourFiveSeconds," their collaborative track due out on Rihanna's new album sometime this year. Rihanna's up for Best Rap/ Sung Collaboration for "The Monster" with Eminem. West is also set to "deliver a never-before-seen solo performance" during the show. That will be cool.

Chris Martin and Beck
Coldplay's front man will team up with Beck to perform something from "Morning Phase," which is nominated for Album of the Year and Best Rock Album. Beck's "Blue Moon" is nominated for Best Rock Performance and Best Rock Song. Coldplay is also up for three categories: Best Pop Duo/ Group Performance for "A Sky Full of Stars," Best Pop Vocal Album for "Ghost Stories" and Best Music Film for "Ghost Stories."

Lang Lang
Pianist Lang Lang is set to "add his musicality to one of the year's most infectious songs." At last year's ceremony, he accompanied Metallica to play "One," so he could join anyone from AC/DC to Ariana Grande.

Herbie Hancock, John Mayer, Questlove and Ed Sheeran
Who knows what this supergroup will perform on Sunday? But Sheeran's the only nominee of the bunch. "X" is up for Best Pop Vocal Album and Album of the Year, while "I See Fire" is nominated for Best Song Written for Visual Media.

Brandy Clark and Dwight Yoakam
Newcomer Brandy Clark has become a country darling this year and her debut album, "12 Stories," is nominated for Best Country Album. She's up for Best New Artist as well. By pairing her with veteran star Dwight Yoakam, the Grammys are setting her up for country superstardom.

Mary J. Blige and Sam Smith
The two will perform a duet and are rumored to sing "Stay With Me," Smith's smash hit nominated for Record of the Year, Best Pop Solo Performance and Song of the Year. Smith's expected to have a breakout night, since he's also up for Best New Artist, Album of the Year and Best Pop Vocal Album for "In The Lonely Hour." Blige is also up for Best Dance Recording for "F For You" with Disclosure.

Sia
Sia confirmed that she would perform at this year's Grammys -- her first time doing so -- during an appearance on "The Ellen DeGeneres Show." Based on her elusive sets on "Saturday Night Live," "Late Night with Seth Meyers," and even "Ellen," she's expected to be one of the most interesting shows of the night. Sia's nominated for Record of the Year, Song of the Year, Best Pop Solo Performance and Best Music Video for "Chandelier."

AC/DC
AC/DC is set to take the stage, but is not expected to perform with drummer, Phil Rudd, who was recently charged with "threatening to kill." Rolling Stone reports that former AC/DC drummer Chris Slade may play with the group instead.

Tony Bennett and Lady Gaga
The year's most unexpected duo will bring their schtick to the Grammys stage and will reportedly sing the title track from their album of duets, "Cheek to Cheek," which is nominated for Best Traditional Pop Vocal Album.

Common, John Legend and (maybe) Beyoncé
Common and John Legend will sing their Oscar-nominated song "Glory" from "Selma," and in an interview with Us Weekly, Common spilled the beans that Beyoncé will join them. "A segue into our song 'Glory,' as a tribute to 'Selma,' being done by the great Beyoncé," he told the magazine. "That's one of the greatest talents you can have, helping us segue into it."

Ariana Grande
Ariana Grande's second studio album, "My Everything," is up for Best Pop Vocal Album. She's slated to perform, but it's unclear which of her bangers she'll sing.

Pharrell Williams
He will not sing "Happy" and that's all that matters.

Hozier and Annie Lennox
First-time nominee Hozier's smash single "Take Me To Church" is up for Song of the Year, and he'll take the stage with Grammy veteran Annie Lennox, whose album "Nostalgia" is up for Best Traditional Pop Vocal Album. 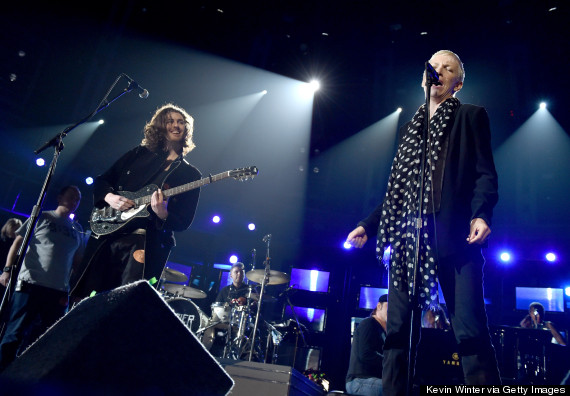 Jessie J and Tom Jones
Jessie J's "Bang Bang," featuring Ariana Grande and Nicki Minaj, was practically forced into your brain this year, and -- shocker! -- it's up for a Grammy for Best Pop Duo/ Group Performance. The music industry is still trying to make Jessie J a thing, so she'll sing with legend Tom Jones. (They performed together back when Jessie J was a coach on "The Voice U.K.")

Adam Levine and Gwen Stefani
"The Voice" judges will team up. Should be fun.

Madonna
This will be her fifth Grammy performance, and there's no doubt that she'll promote her new album "Rebel Heart," due out March 6.

The Complete Roster Of 2015 Grammy Performers
Most Memorable Grammys Outfits 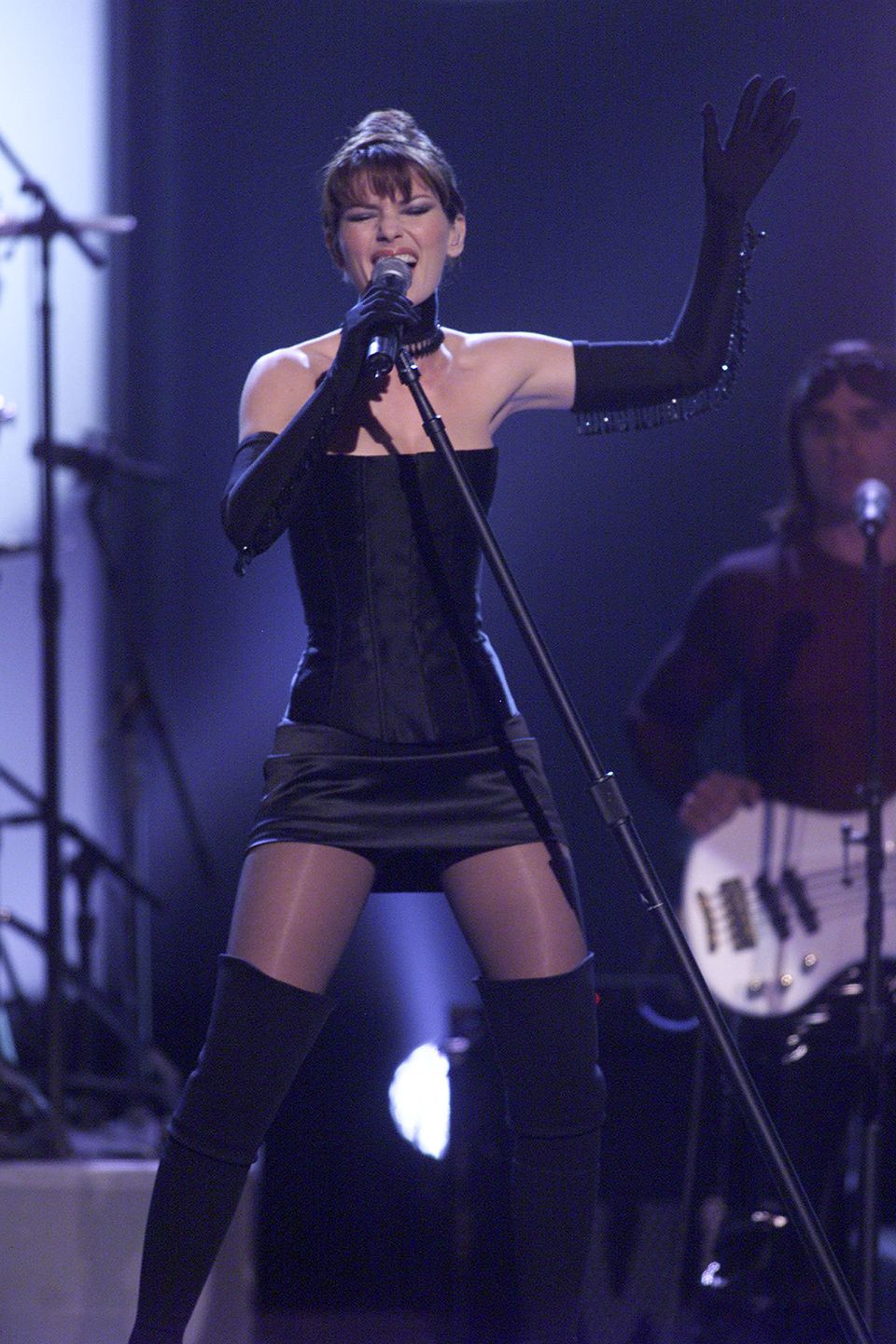