Generation X, Your Moment Has Arrived!

As the last of the baby boomers turn 50, the first of your cohort now share that privilege. The only bad news -- the oldest of you will soon lose the coveted distinction of being advertiser's target market!

You've been ignored too long! Estimates are that you comprise at least 50 million Americans -- perhaps more. I'll bet you didn't realize that.

Baby boomers made news for a variety of reasons. They were viewed as a threat to upcoming generations. A kind of media-driven class war was created between millennials and the boomer generation. Twenty-four hour cable news -- always in need of a story did their part!

With a suffering economy, baby boomers were allegedly going to take jobs away from young people and be a drain on the nation's resources as they began to collect the Social Security to which they were entitled.

Little did the prognosticators realize that at seventy-six million strong, they were and still are keeping the economy strong and thriving.

So are members of generation X. You are Doers!

Somewhere along the way, your age cohort slipped through the cracks. Not much attention was paid you. That's great. Labels often do more harm than good.

You're not encumbered with generational expectations. At present, no one is suggesting you be put on an ice-floe and sent on your way. Let's face it -- you're being ignored. Rejoice, that's a good thing.

What a unique position. As Boomers slowly -- oh so slowly -- move off into the sunset, you are poised to assume leadership and serve as role models and mentors to the millenials who nip at your heels.

There are those who have said that generation X isn't known for possessing special or valuable qualities. They didn't grow up during the turbulent '60's and there weren't as many social issues over which to become involved.

I guess Roe V. Wade is an insignificant part of Americana. Young when it was passed, you grew up with the ramifications and made your views known. You witnessed the end of The Vietnam Action and were impacted and informed by its legacy.

John Lennon was assassinated while an attempt was made on the life of President Ronald Reagan. The Watergate scandal broke when you were young.

You persevered through a cultural hail storm that was to alter America's landscape forever. You realized that not all change comes through protest. You watched, listened, learned -- and were always open to new and exciting experiences.

All in the Family, The Jeffersons, Sanford and Son, Mash, Maude and Chico and the Man ushered in a new era of edgy TV programming. You supported it. This made a great social impact. 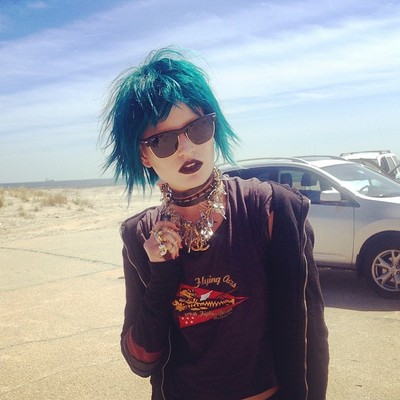 Cultural values were changing and you realized that all of us, no matter what our ethnicity, religion, background or tastes, should be treated with respect.

This is a concept your generation embraced as you helped lead the way to a more informed, kinder, tolerant and gentler world. This was no small feat.

You lived through the aging and maturing of our nation as well as the ever changing international political landscape. You witnessed and participated in America's struggle to define its evolving role.

You've been caught up in the net of a changing economy that no longer offers the job stability that your grandparents experienced.

Technology first found its sea legs with your generation. Pac-Man was introduced in the U.S. just as the last Generation X babies were born. And let's not forget that most addictive of games Pong!

You started us on our way and adopted what would become an unimaginable digital revolution.

During your youth, computers went from filling huge rooms to creating a small desktop footprint.

Had you not embraced this technology, we might never have enjoyed the ability to stop talking to our kids and simply text them.

Virtually every member of your generation remembers exactly where they were on September 11, 2001.

Many of you make up our governmental leaders. But you might not want to take too much credit for this with Congress at the lowest approval rate in history. It's not too late to take action. Get moving!

As we look at the sea of change that lies before us, it's more important than ever to work together as one group, not divergent generational cohorts that have been defined by scholars, politicians and marketers.

Let no one drive an inter-generational wedge that only serves to derail progress.

If ever there was a time our country is in need of change, it's now.

Address the problems our nation faces head on. Eradicate poverty -- you can make it happen. Work to eliminate genocide from the international stage. Don't accept villainy -- no matter the source.

Let all of generation X and every other individual regardless of age work together to create lives that are productive, meaningful and filled with joy and laughter.

Spend quality time with your children, parents and grandparents. Enjoy the bonds of friendship forged in your early years. Look for reasons to rejoice. Make every effort to reduce stress and worry less.

Engage in mindfulness so that you may appreciate and savor the moment in which you live. Seek fulfillment and pleasure in all you do and share it with others.

A final note to members of generation X: Science is increasing our life expectancy by leaps and bounds. Plan on being around a very long time.

Have fun, laugh, be charitable, spread joy and most of all enjoy life! 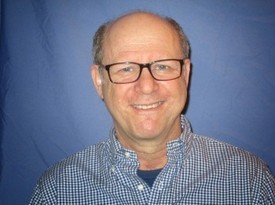 Dave Kanegis is a Certified Professional Coach and works via telephone, Skype, FaceTime and in-person. He provides concierge coaching in NYC and Palm Beach.