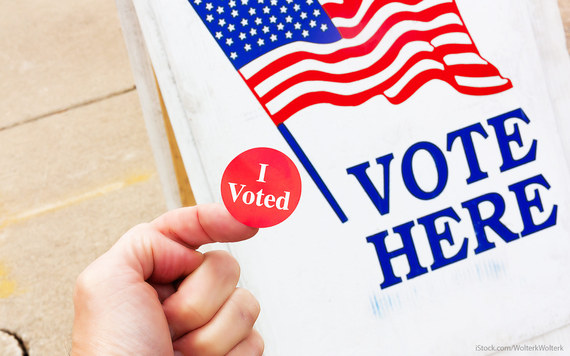 Getting elected to the most powerful job in the world isn't cheap, but presidential candidates are willing to pay up. In total, the 2016 election is expected to cost up to $5 billion, more than double the amount spent on the 2012 race.

While presidential candidates can't actually pay voters to get ahead in the primaries, they can outspend the competition in advertising to promote their campaigns, build name recognition and lambaste opponents. Find out how closely this year's election results correlate with each candidate's total ad spend, with data from Morning Consult.

Republican presidential candidates Ted Cruz, Donald Trump and Marco Rubio ran a close race in Iowa. Cruz didn't even come close to spending the most on ads, but the Texas senator ultimately won the Iowa Caucus with 28 percent of the vote, likely because the mostly evangelical constitutes identify with his conservative beliefs.

The incredibly close Iowa Caucus results between Hillary Clinton and Bernie Sanders made history, but Clinton ultimately won with 49.9 percent of the vote. Her victory came despite the fact that she spent only 50 days in Iowa, compared to Sanders who ran 155 events over 60 days. Clinton's ad spend in Iowa, however, was slightly larger.

Donald Trump scored a landslide victory at the New Hampshire primary, earning 35.3 percent of the votes, which is more than double the 15.8 percent received by second place winner John Kasich. Trump was praised for taking more time to meet with voters face to face and holding more interviews with the press. He also toned down the number of controversial remarks he made, helping secure his spot at the top.

Bernie Sanders achieved an overwhelming 60.4 percent of votes in the New Hampshire primary, proving he's still very much in the race after his narrow loss at the Iowa caucus. However, the Vermont senator's ad revenue more than doubled Clinton's and he had home turf advantage.

Donald Trump solidified himself as the frontrunner of the Republican Party by sweeping the South Carolina primary with 32.5 percent of the vote despite spending the least on ads. The billionaire businessman was victorious because he won the support of several key demographic groups; he identifies with voters' frustration with Washington; and he's vocal on issues most important to constituents -- terrorism, the economy and immigration.

Hillary Clinton led by a wide margin in South Carolina. Despite near-identical spending on ads by Clinton and rival Bernie Sanders, the former Secretary of State annihilated the Vermont senator in the polls.

Between the number of votes Clinton received and her low ad budget, she beat out Trump on a cost-per-vote basis. Trump spent $7.42 per vote in the South Carolina Republican primary; Clinton spent $7.29 per vote.

While John Kasich came last in the polls, the Ohio governor spent the least in ads, spending $1.11 in ads for each of the 2,709 votes he received. And while Marco Rubio was the biggest spender in the caucus, Ben Carson paid the most per vote. The former neurosurgeon spent $85.55 for each of his 3,619 votes.

Bernie Sanders outspent Hillary Clinton again for the Nevada caucus, but this time she won with 52.6 percent of the vote, compared to Sanders' 47.4 percent. Nevada is much more diverse than the primarily rural, suburban and predominantly white Iowa and New Hampshire; Clinton was lined to win this caucus owed to the support of 76 percent of the state's African American voters.

Keep checking back to see how much candidates are spending on ads and whether their budgets are doing much to help them in the polls.