At 6:59:59 p.m. Eastern time on Dec. 31, 2016, we’ll have a “leap second,” where an extra second will be added to world clocks as an adjustment to keep time in sync with the Earth’s rotation relative to the sun.

“Historically, time was based on the mean rotation of the Earth relative to celestial bodies and the second was defined in this reference frame,” explained Geoff Chester, a public affairs officer at the U.S. Naval Observatory, which announced the 2016 leap second in July.

“However, the invention of atomic clocks defined a much more precise ‘atomic’ timescale and a second that is independent of Earth’s rotation,” he said.

As a result, leap seconds have been added as needed at irregular intervals since 1972, to reconcile the difference between the two systems. A whopping 10 seconds were added to the clock that first year. While there’s a chance timekeepers may some day have to subtract a second, that has yet to happen.

If we didn’t add leap seconds, eventually the celestial bodies would end up way out of whack with our Earthly timepieces. Per National Geographic, we’d face a two- to three-minute difference by 2100, and a full 30-minute discrepancy if we put off changing our clocks until 2700.

Practically speaking, the additional second should have little effect on the average person’s day-to-day life, though it is critically important for many digital systems we’ve come to rely on, such as telecommunications.

Alternatively, we could just follow comedian Kumail Nanjiani’s advice and stay inside until the year meets its merciful end:

Everybody, put on your helmets, lock your doors & don't leave your house till Jan 1st. 2016's still out there.

Bad News, Everyone: You'll Have To Wait An Extra Second For 2016 To End
23 Wall Clocks That Nail Your Feud With Your AM Alarm 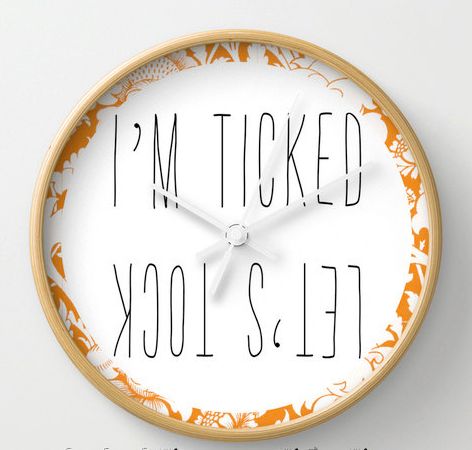