I don't know if it was the anticipation of being snowed in today, or the zany highs of award season reaching their peak with last night's Academy Awards ceremony, but this past weekend was a looney-tune time for Washington's professional 2016 Speculasturbators. Did you know that we already have "frontrunners" for 2016? As in more than one? Ninnyhammers, away!

The current frontrunner for the GOP nod in 2016? Boy named Rand. http://t.co/2yZ5s6Qnfj

Hey, I just double-checked, but it's apparently only March in the year 2014, so everyone can feel free to just chill, for God's sake.

Look, y'all. I ain't even trying to put the kibosh on discussing the relative strengths and weaknesses of potential 2016 candidates. I'm even OK with making comparisons. But we have to stop abusing this poor word, "frontrunner," before the English-language's version of Sarah MacLachlan starts making sad teevee commercials about it. There is no "frontrunner" at this point. There isn't even a race.

But once the race is enjoined, we'll still really need some new rules governing the use of this word. As things are, we deploy the word "frontrunner" way too readily, using it to describe everybody from candidates who are clearly dominating a race, to candidates who have snagged a slight lead over a pack of contenders, to -- as in the above cases -- candidates who aren't even candidates. It's important to remember that when Chris Cillizza or Conn Carroll declare a frontrunner, they've not taken the pulse of America or done anything quantitative to make that determination. They approach it with this kind of thinking: "Which prospective candidate, if I named them the 'frontrunner,' would give my personal #brandz #moar #klout and #zazz."

But look, I'm trimming my own excesses and taking responsibility for my own abuses, as well. Back in the 2012 GOP primary, as the fortunes of the various candidates waxed and waned over the months, I passed around the term "frontrunner" a little too promiscuously. So, now, I'm taking up the cause of HuffPost Pollster's own Mark Blumenthal, who wants this term to be used more realistically, so we stop hurting this poor word "frontrunner" so much! Here are some rules, from Mark Blumenthal:

1. "First, to be a frontrunner you need to at least have a real lead, which means statistical significance in some form. But again that’s the easy part."

2. "Second, we really need a different term to distinguish the true, dominant, likely-to-win frontrunner from a candidate that enjoys an early lead that’s quite possibly temporary."

My advice is to consider using terms like "ahead of the pack" or "so hot right now" or "I get sprung when I think of [NAME OF CANDIDATE]," and let the truly dominant candidates take "frontrunner." Because, honey, you do not want to have headlines like, "Newt Gingrich, frontrunner" on your permanent record. Oof.

Relax Everybody, Nobody Is A '2016 Frontrunner' Yet
Presidents & Their Dogs 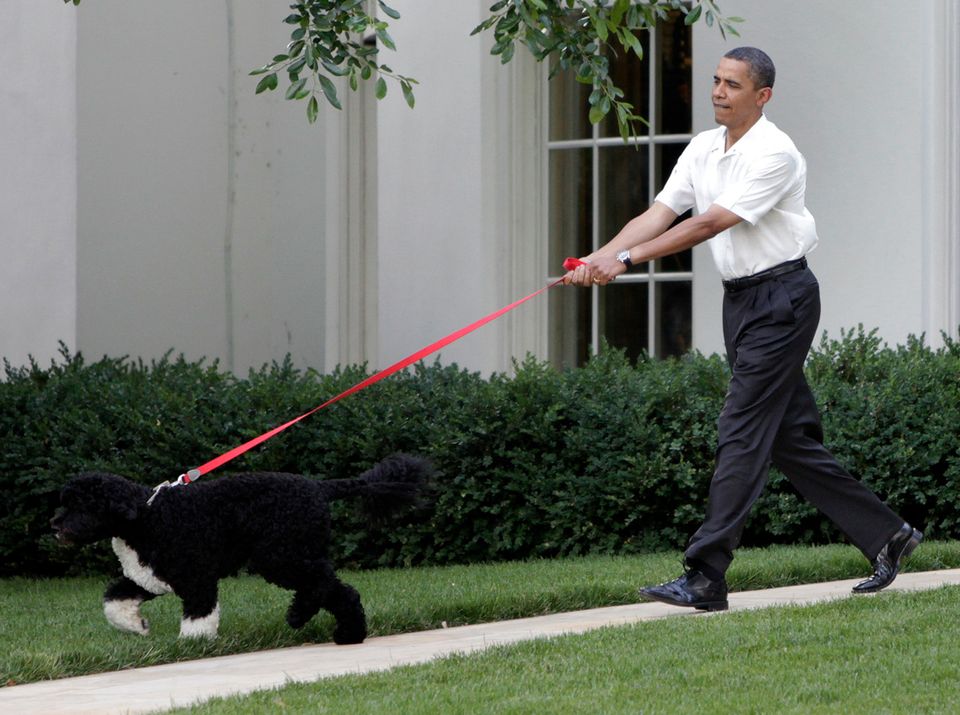