WASHINGTON -- Every election cycle can be considered, first and foremost, a monument to hype. With every passing week, the political world is a blizzard of brash predictions, bold pronouncements, and bad advice. This year, your Speculatroners shall attempt to decode and defang this world with a regular dispatch that we're calling "This Week In Coulda Shoulda Maybe." We hope this helps, but as always, we make no guarantees!

Hillary Clinton: Any Minute Now ... Or Then

It's a mystery of the age: When is Hillary Clinton going to announce her candidacy for president? And the answer is: Hillary Clinton exists in a perpetual meta-state between "always running" and "never not running." Hillary Clinton is the astronaut in the "Interstellar" fourth-dimensional book room, forever warning herself about the dangers of embarking on the journey to the White House. But if she never embarks, how will she end up in the Place Between Time And Space, to warn herself? This is an unresolvable conundrum, until it isn't. But here's what we don't not know about her intentions.

Jan. 26: It's all happening, according to a deeply reported Politico piece from Mike Allen, who writes, "Not only is she running, but we have a very good idea of what her campaign will look like":

Hillary Clinton is in the final stages of planning a presidential campaign that will most likely be launched in early April and has made decisions on most top posts, according to numerous Democrats in close contact with the Clintons and their aides.

Campaign advisers say the likelihood of a campaign, long at 98 percent (she never really hesitated, according to one person close to her), went to 100 percent right after Christmas, when Clinton approved a preliminary budget and several key hires.

Perhaps the most significant detail in the whole report, however, was this: "Most of the top slots have been decided, with one notable exception, communications director." This would prove to be a little prophetic days later, when, in another deeply reported piece from Mike Allen, communications seem to have broken down:

The delay from the original April target would give her more time to develop her message, policy and organization, without the chaos and spotlight of a public campaign.

That report contained this instant classic of campaign messaging, from "one adviser": "She's better off as a non-candidate. Why not wait?"

But later in the same piece, we learn that the real question might be, "Why not not wait, why not?"

One option being considered would be to announce an exploratory committee earlier -- perhaps in April, at the beginning of a new fundraising quarter, in the time frame when insiders originally expected her to launch her campaign.

Then the actual kickoff would be in July, near the start of the next quarter. By launching at the beginning of a quarter, supporters would have the maximum amount of time to generate a blockbuster total for their first report.

So what is the 2016 election about this week?

The economy! The Los Angeles Daily News: Not yet in the presidential race, Hillary Rodham Clinton and Mitt Romney already are previewing the likely focus of the 2016 campaign, a competition over who’s better able to boost paychecks for working Americans.

The great wage slowdown! Greg Sargent, The Washington Post: "Democratic strategists believe the party got shellacked in the last elections in part because Dems failed to persuade voters they had a comprehensive agenda to address stagnating wages and move the country towards broadly shared prosperity. They think addressing this problem is particularly urgent, because the 2016 elections may turn on which party more convincingly offers answers to the deep, long-term structural problems plaguing the economy."

Marriage equality! Ginger Gibson, The International Business Times: "The Supreme Court could hand Republicans a ruling that takes gay marriage out of the political debate for 2016 and eliminates an issue that has hurt them in general elections. The court announced Friday that it will hear a challenge to bans on same-sex marriage in April and will likely make a ruling in June, months before the 2016 campaigns really get rolling."

What it will actually be about. If this week is any guide, the election will be about whatever the Koch Brothers' $889 million says it will be about. 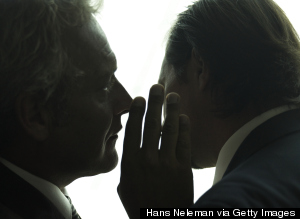 George Pataki knows that he'd have to run against a whole bunch of other people, right? Like these people? Hints a go-go! 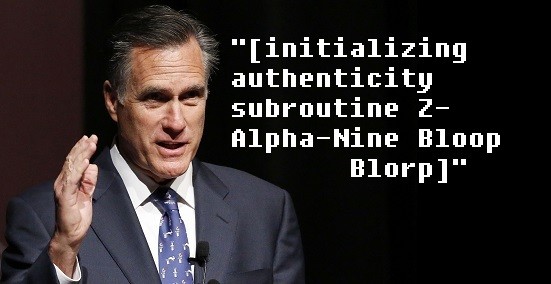 "Romney To Decide About Presidential Run Within Next 2 Weeks, Report Says"

"If he runs again in 2016, Romney is determined to rebrand himself as authentic, warts and all, and central to that mission is making public what for so long he kept private."

"Romney, whose last presidential bid was hampered by his image of excessive privilege and insensitivity, may recognize the trouble his real estate holdings could cause in another campaign."

"In the delicate and unseen campaign underway for [Rupert] Murdoch’s affections in the next presidential campaign, this much is clear: Romney is out of the running, a reality that has pained and angered his allies."

"Mitt Romney is renewing his pledge to fight for the poor and middle class in a speech that questions Democrat Hillary Rodham Clinton's foreign policy and economic credentials."

Washington Post headline: "Mitt Romney’s people insist he’s not ‘rebranding.’ Sorry, but he most definitely is."

"Former Massachusetts Gov. Mitt Romney has scheduled a call with staff members and supporters Friday morning, two weeks after he publicly announced his interest in launching a third presidential campaign. The topic of the call was not specified in an email to his allies -- other than its description as an "update call" -- but it will occur within the window that Romney had set for deciding whether to run."

"Closing in on a decision about whether to again run for president, Mitt Romney is finding that several past major fundraisers and donors in key states have defected to former Florida Gov. Jeb Bush."

"Mitt Romney will call senior donors at 11 a.m. ET Friday to give them “an update” on his campaign plans. Sources have told The Daily Beast that the former Massachusetts governor will announce his intention to explore a third run for the White House. Romney and his senior aides believe he is the best placed candidate to defeat Hillary Clinton."

"Former Massachusetts governor and 2012 GOP presidential candidate Mitt Romney said he will not run for president in 2016."

One thing you have to give Romney: He handles everything with brutal technocratic efficiency.

The Week In Predictions

Marco Rubio: The boldest prediction of the week comes from Gary Stein at the South Florida Sun Sentinel, who says, in a 17-line tone-poem, "Marco Rubio will get the Republican nomination. You read it here first." We read this here, at The New York Times, next: "Marco Rubio could end up being the G.O.P.’s Tim Pawlenty."

Hillary Clinton: Her campaign might be a "white dude fest." She will "distance herself from Obama." She "could play a pivotal role" in the ongoing controversy over Israeli Prime Minister Bibi Netanyahu's address to Congress.

Jeb Bush: On the one hand, the "lack of name recognition is not a problem Jeb Bush will suffer." On the other hand, "Jeb Bush will have to run against your name." Sorry, Jeb. This week, the oracle says "¯\_(ツ)_/¯."

Rand Paul: Paul "will need to broaden his appeal far beyond his father’s hard-core supporters if he hopes to win the GOP nomination his father never could." Alternatively, Paul "could be 2016's Howard Dean."

Scott Walker: Will either be Jeb Bush's "most formidable opponent," or he "will be the logical selection for Bush's vice-presidential running mate."

Finally, there's this: "Why Mike Huckabee will lose the war on Beyoncé"

All The Advice That's Fit To Aggregate

"Hillary Clinton should be worried about Elizabeth Warren! Jeb Bush should be worried about Scott Walker! He also needs a "better answer on immigration ASAP," or else Chris Cillizza will unleash one of his devastating "call your office" jokes on Twitter. Using Carly Fiorina to shout at Hillary Clinton might not be the best idea, you guys. And finally, George Pataki, your campaign is making everyone around you feel sad and you need to say you're sorry and stop doing it right now."

We'll Leave You With This, Whatever This Is

Former President Bill Clinton has had plenty of nicknames, but if his wife becomes president, he’ll need another one -- and he already has an idea for what it could be.

“Let’s say, if a woman became president, we could, I could be called Adam,” Clinton said in an interview with the “Rachael Ray Show” airing Thursday, referring to the first man of Judeo-Christian scripture.