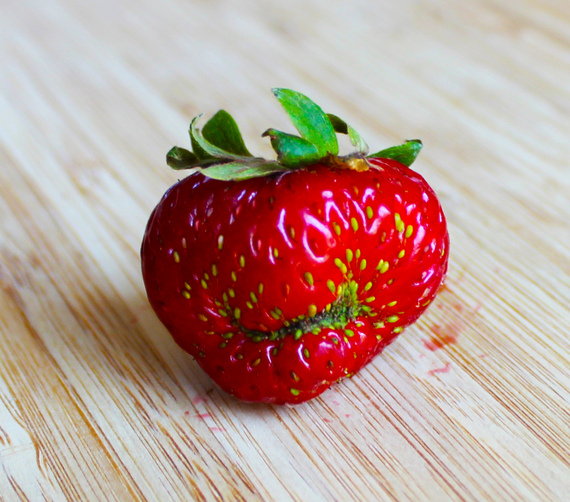 While many are saying 2016 was a horrible year (for many reasons around the world), something great did happen. That something is the rise of the ugly produce movement (The #LoveTheUgly Movement as we like to call it). In addition to non-stop media attention, 2016 was truly a breakthrough year with more ugly produce supermarket programs starting up (or expanding) around the world than ever before. Most notably in the United States where seven new programs began when only one had existed before!

The tide certainly started to turn in 2014 with the charming media sensation that was Intermarche's Inglorious Fruits and Vegetables in France. The movement even took leaps around the world in 2015 with Woolworth's Odd Bunch in Australia and some pilot programs in Canada and the US. Celebrity certainly stepped it up with Jamie Oliver's involvement with Asda's Beautiful on Inside in the UK.

The UK went on to have a great 2015 for wonky veg where it added three more supermarket programs to reach 7 selling ugly produce by November. This was thanks in part to relaxed restrictions on wonky veg in 2009 and a couple wonky programs set up in the years that follow. However, the success in the UK is largely due to the amazing campaigning work of organizations like Feedback who continued to push Europe (and now the world) to do more on this issue.

Then, in 2016, we saw more action and success at supermarkets around the world on ugly produce (or wonky veg if you'd like) than the past several years combined! From the UK and US to Spain and South Africa to Sweeden and Belgium and back to the US, it was a great year to recognize equal rights for ugly produce. Just take a look at the impressive growth of our #LoveTheUgly Movement at supermarkets around the world in 2016:

February - In the UK Asda, which started Beautiful on the Inside range of ugly produce in January 2015 (and then expanded the program in November 2015) added the wildly successful Wonky Veg Box. Also in February, Spain joined the #LoveTheUgly movement when Eroski started selling Tan Feas Como Buenas (As Ugly As They Are Good).

March - In the US, Giant Eagle started selling the Produce with Personality in five Pittsburgh, Pennsylvania stores. And in the UK, Tesco, which started uglies in its Everyday Value range years ago, expanded to a full line of 16 items in Perfectly Imperfect range in 200 stores. Lastly, in Canada, supermarket giant Loblaws, which started selling Naturally Imperfect at its discount grocery stores in Ontario/Quebec with apples and potatoes in Spring 2015, expanded to Alberta, B.C., Manitoba, Saskatchewan with peppers and apples.

May - In the US, Hannaford started selling Misfits ugly produce line in 14 New York state stores.

June - In the UK, Aldi, which had started wonky veg in January 2014 with potatoes in its Everyday Essentials range, reported selling 34,000 tones increasing suppliers crop utilization 17% through June 2016. Austria, which had Wunderlinge (a cross between a miracle and an anomaly) at Billa/Rewe start in October 2013 (and sell 5 million fruits and vegetables in the first year) updated its program.

July - In the USA, Walmart, which started selling potato Spuglies at 400 stores in and around Texas in May, started selling I'mperfect Apples at 300 stores in Florida. In Canada, IGA sold Les Fruit et Legumes Droles (Funny Fruit and Veg) in the Summer of 2015 at 280 stores (and sold 3.6 tons sold over a few months) and then started the program again in July with the Quebec government dropping legal restrictions (they had a special agreement before). Lastly in July, Sweeden started selling the Unique line of ugly produce at Coop Supermarket, the same chain that had been selling Unique in Switzerland since 2013.

September - In the USA, Whole Foods Market, which had made a huge splash when it started selling Imperfect Produce in April in Northern California at 5 stores, expanded to 20 stores. And on the US East Coast, Shoppers started selling the Misfits line in its Maryland stores. Lastly in September, in the Netherlands, Albert Heijn, which started in December 2014 selling ugly produce online, expanded its program to 600 brick and mortar stores with multiple items.

October - In Canada, the Red Hat Misfits (with several past pilots) started selling at Save-On Foods in Alberta.

November - In the UK, Waitrose, which started selling weather-blemished in 2006 (and many times after) which also sold assorted fallen and misshapen tomatoes in bags in 2014, and started a full line of assorted ugly and seasonal fruits in July of this year, then added apples and pears to the program

December - In the US, another grocer rolled out an ugly produce program (becoming the 7th this year in America!). This time, Midwestern supermarket chain Hy-Vee, which started the program in October, expanded to all 242 of its stores selling the ever-expanding Misfits from Robinson Fresh (now at three supermarket chains).

Looking Forward to 2017 - While 2016 was an amazing boost, and while starting ugly produce pilots or small programs is good, most supermarkets around the world could do so much more. As the FAO has found, more than 20% of the world's produce is left at the farm, mostly for cosmetic reasons. In addition, there is so much wasted food along the way to the store and at the store as well. Small pilots or programs for ugly produce, while great steps in the right direction, and let's be honest - great publicity for supermarkets, will never be enough.

We need supermarkets to take responsibility for the significant amount of wasted food that happens in their trail. We need to say - Supermarkets: #ShowUsTheWaste!

This would mean supermarkets committing to transparency for their supply chain. Committing to supplying third-party-verified data on the ugly situation of wasted food in all facets of their daily business. How else will we ever know the truth about the waste caused by ugly produce policies, minimal or nonexistent donation practices and other factors, unless supermarkets become transparent on the wasted food they cause? How else will these problems be solved unless they're measured and held accountable for?

For this next step, we can all take example from the UK where Tesco and Sainsbury's have taken the worldwide lead on showing their waste (and what they're going to do about it). In May of 2014, supermarket giant Tesco (who started selling ugly produce in 2013) committed to wasted food reporting transparency. Sainsbury's (who started selling ugly produce in 2012) decided in 2016 to become transparent as well.

So please, join the next phase of the #LoveTheUgly movement in calling on major supermarkets the world over to #ShowUsTheWaste! Call on grocers to follow the lead from Sainsbury's and Tesco in being accountable for reporting and doing something significant about their wasted food. Because rejected produce based on cosmetic standards may be deemed ugly but causing massive amounts of wasted food all across the supply chain is truly an ugly problem grocers can and should solve.

You can join the movement at www.UglyFruitAndVeg.org.