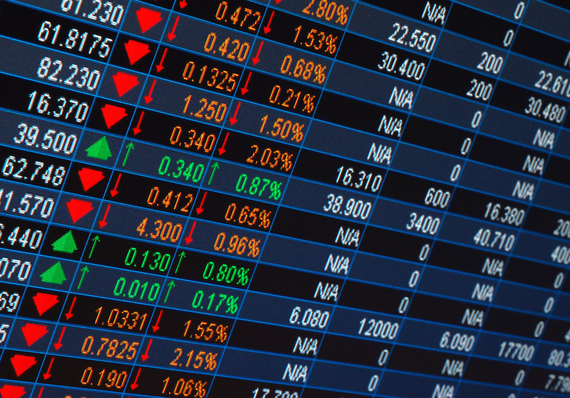 Carnage; that is the only word that can be used to describe the opening to the global stock-markets at the beginning of 2016. The S & P 500 index lost $1.05 trillion in market cap. The Shanghai Composite Index fell 10%, losing all of its 2015 gains. All major indexes were hard hit, with the Dow Jones and the S & P both losing around 6%. Commodities were also hard hit, with Crude Oil futures falling 10.5% and the price of crude moving to around $33. And with downwards pressure weighing on the commodities space, the ASX 200 was also down heavily (6%), pulled down by the big miners. There really was some serious carnage in the markets in the opening week this year, across the board, and around the world.

The main thing I see that is pulling all the markets down is investor confidence, which is being taken lower by the negative economic picture from China. The China situation is what I will first discuss here. In short, the reality with the China situation is that they financed the US budget deficit. What happened is that as the Chinese economy expanded, hot money flowed into the economy, in the form of US Dollars. The Chinese bought these (Dollars) in exchange for Yuan. This financing relationship between China and the US is what allowed them to invest and expand. On the other hand, the US benefited from a willing and able creditor. This process is now going into reverse. So while everything may seem negative around the globe right now, the US is actually heading back towards surplus.

Adding to the increasingly positive picture in the US, is that they have become vastly less reliant on the global economy, because of the shale oil revolution. In 2012 the import receipts for foreign oil were $30 billion; in 2015 they were just $6 billion. So while the decreasing price of crude is negatively influencing the profits of oil producers, like Chesapeake and Marathon, on a macro basis, the shale oil boom is still benefiting the US economy. With global oil producers, the future picture with $30 Crude will be quite interesting. The one's that operate within countries without easy financing facilities will find it much harder to stay in business over the medium-term, than companies like Marathon or Chesapeake in the US.

The drop-off in oil prices has principally been caused by a combination of weaker demand, and increased supply. Increased supply from the US, and weakened demand from China. The Chinese have seen a huge influx of foreign capital over the last decade, and this as enabled them to waste much of it on building cities that no-one lives in. This process went into reverse last year though, as the Chinese saw a capital outflow of $108 billion. This outflow is expected to accelerate this year. Interesting to note is that because the Chinese currency operates on a fixed exchange regime (rather than a floating regime) and is operated by the central bank, policy mistakes were exemplified. This combination of huge foreign capital influx, and central bank policy mistakes, both mean that the Chinese economy is a large risk this year of falling off a cliff.

Although it has been around for thousands of years, the Chinese economy is just a teenager when it comes to capitalism. And like teenagers of the (individual) human variety, the Chinese economy will be prone to mistakes. People that are convincing themselves that their Central bank will be able to engineer a soft landing for the economy are deluding themselves. Expecting the Chinese to correctly administer the brakes on their huge economy, is like expecting a teenager just out of high school to run a large multi-national company. In short, it is not going to happen.

In other parts of the world, like Australia, their economic picture is again tied to the Chinese economy. For companies like BHP Billinton and Rio Tinto, the principal drivers of Australia's export receipts, their profit margins will get hit hard by the lower commodity prices, as will the likes of Fonterra in New Zealand. Although miners like Newcrest (gold) have improved their technology and lowered their break-even profitability points, they will still struggle. Despite increasing global turmoil, the best estimates for Gold prices by year-end, are only at about $1250 USD, which is still only slightly moving into profitability range for the gold miners.

The global economic picture at the moment is operating very much like a stack of domino's. Since the Chinese domino is falling, so goes Crude Oil, and from there so goes the US Stock Indexes. It is likely that in the medium-term the world economy will be governed by capital outflow, and be driven lower by negative investor confidence. In the US, the December jobs report showed a 292,000 increase in non-farm payrolls, and a 485,000 increase in new jobs created. Clearly this information was ignored though, as the 6% fall in US stock indexes depict. In China, there are also some numbers that could give investors some confidence. Auto-sales were up 24%, and gasoline consumption was up by 9%. The question here though, is how much of this is being financed by credit? Readers can be the judge of that, but judging by the aforementioned numbers, I would think that a large amount of that consumption growth is being financed by debt.

So the question for every global investor out there today is, where to put your money? The American stock indexes over the last year have flat-lined. Any growth in market cap that there has been, has been driven by the large market-cap companies, like Apple. But for Apple we are now starting to see some fundamental and technical pressure on the stock. In the second week of 2015 it went below $100. If it hits below $81, then (the technical picture says) the stock could move down towards the $55 level. Weaker iPhone sales in China are a critical fundamental reason why the stock has been moving down.

The Apple situation depicts an area where people could be putting their money. The US companies with a heavy reliance on export receipts, particularly with China, are in a precarious position. As already explained, the foreign capital outflow in China, plus the lessening of credit availability, is going to put pressure on consumer spending. In export reliant economies, like Australia, there will also be foreign capital outflow and a decrease in consumer spending. The situation in the US, despite their almost non-dependence on Chinese import receipts, will also be hit by decreasing investor confidence. The US Bond market could be set for a rally, as individuals seek safety. Alternatively, for investors seeking to benefit from 2016's volatility, they could put some of their capital into use by long/short trading the derivative market. The bottom line for 2016 is that investors need to keep their capital intact, because by year-end there will many profitable US companies at bargain basement prices.