In honor of the Golden Globe Awards that occurred on Sunday, January 8, 2017, GBK and The Secret Room Events held their annual gift lounges in honor of the nominees and presenters. Below is a sampling of what guests received.

LifeCell Skin Care handed out their anti-aging products while Barbar Hair tools debuted its new mini cordless flat-iron that comes with a USB port for easy, on-the-go charging. Tweezerman International presented guests with his and her gift sets including slant tweezers, eye-lash curlers, shaving brushes and nail clippers. Celebs could also get their brows shaped on the spot.

Swimline and Solstice Watersports, makers of larger-than-life inflatable pool products gave out its newest pool toy, a 75" tall Golden Goose in honor of the Golden Globes. NIMA Sports gifted football helmet-shaped portable speakers, while EZPE had silicon all-in-one placemat and plate/bowl for toddler which stay put in one spot, keeping messes and spills to a minimum. The company's pet division, Ono Friends, had these same tip proof mats with food/water bowls for that suction to any flat surface, making it difficult for furry friends' paws to tip over. 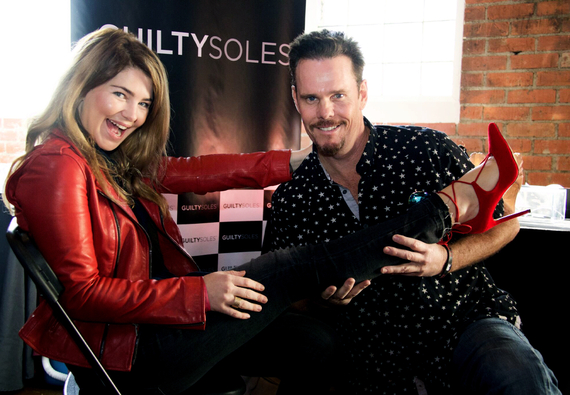 The gift lounge benefited the Israeli Red Cross affiliate American Friends of Magen David Adom and Lambda Legal who works for the civil rights of lesbians, gay men, bisexuals, transgender people and those living with HIV/AIDS.

Celebs received home good such as luxury bedsheets by Imagine Home and candles by Anne Neilson Home. There was fashion apparel from classic Lee jeans to trendy erasable chalkboard T-shirts by Chalk of the Town.

Creative-types could get busy with Canvas on Demand's Coloring Canvases, stress relieving designs ready to be hung on the wall. Meanwhile, Framebridge offered gift certificates for two custom-made free frames which the recipient can chose after uploading a file and previewing pieces. 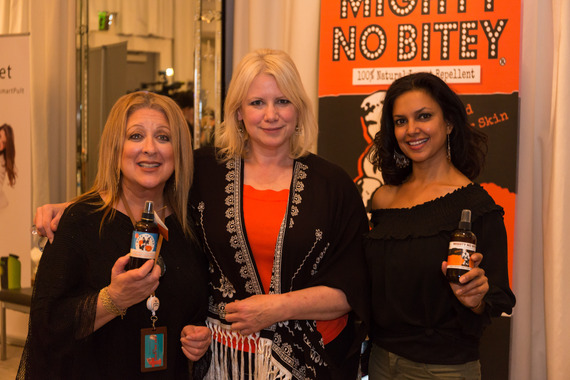 Pets and pet owners received a complete pet hair removal system from Jack's Furrfighters - gloves, furniture brushes, and other gear - that removes pet hair from fabrics and hard surfaces. It even removes loose and shedding fur from directly from your pet. 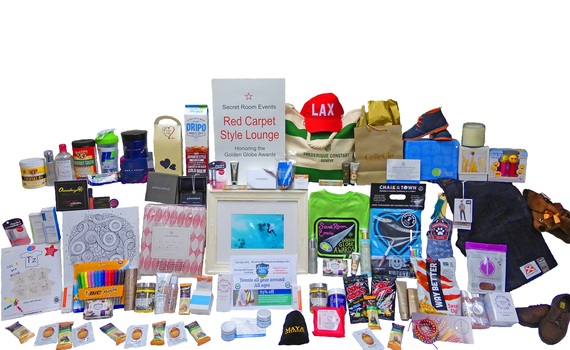 Items being gifted at The Secret Room Events.