Hollywood has long struggled with a lack of diversity ― and a new report shows that, although it’s getting a bit better, we still have a long way to go.

The 2017 Hollywood Diversity Report, which was released by the Ralph J. Bunche Center for African American Studies at UCLA on Tuesday, focused on roughly 200 theatrical films released in 2015 and 1,206 TV shows that were airing or streaming in the 2014-2015 season.

Let’s start with the few bright spots in the report: The study found that people of color made gains relative to their white counterparts in mostly front-of-camera roles ― a win for greater visibility and representation. But it’s important to note that minorities were still underrepresented on every front that the report identified between 2014-2015. The biggest racial imbalance was among film writers, where minorities were outnumbered by greater than seven to one.

People of color actually lost ground in four areas, which were mostly behind-the-camera roles. There were fewer minority film directors, film writers, cable scripted leads and digital scripted show creators in comparison to the report from last year. The study noted that these behind-the-scenes roles are often the “powerful positions responsible for which stories get told.”

The biggest racial imbalance was among film writers, where minorities were outnumbered by greater than seven to one.

The report also found that part of the diversity problem can be traced to the whiteness of the top three talent agencies, a trend that the Center has identified in its previous diversity reports. For example, in 2015, just 10.4 percent of film directors represented by top agencies were minorities, which is a decrease from the year before.

While rosters of these “gatekeeping” talent agencies are overwhelmingly white, diversity still pays off with viewers. According to the report, films with relatively diverse casts enjoyed the highest median global box office receipts and the highest median return on investment. Meanwhile, the report showed that films with little diversity among cast members earned much less.

Most recently, “Hidden Figures,” a film about three black female mathematicians at NASA, surpassed expectations at the box office and has been hailed as an example of just profitable diversity can be.

The report concluded on a poignant note about the way that meaningful stories with racially representative casts can impact the bottom line in film and television.

“Diversity sells, first and foremost, because today’s audiences are themselves diverse and in search of stories and characters with whom they can identify,” the report reads. “...Quality storytelling plus rich, diverse performances equals box office and ratings success. Year after year, the evidence supporting this equation continues to mount.”

Head here to read the 2017 Hollywood Diversity Report in full.

It's Getting Better, But Let's Not Forget Hollywood Still Has A Diversity Issue
The History Of Stars Of Color At The Oscars 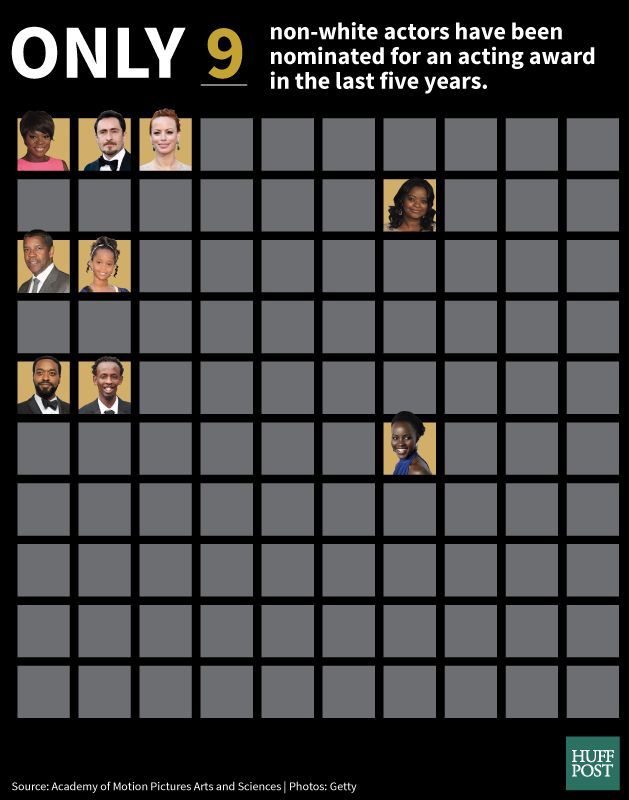