The first in a series of three supermoons lit up the sky overnight Sunday, appearing so big in some places that it looked close enough to touch.

It’s a term used to describe a moon that’s full when it reaches or gets close to its closest point in its orbit around Earth. Sunday night’s moon, the first and last full supermoon of the year, appeared 7 percent larger and 16 percent brighter than usual, according to CNN.

If you missed Sunday night’s wonder, fear not. The next two supermoons in the series can been seen on Jan. 1 and Jan. 31, 2018. The latter event will include a total lunar eclipse, according to NASA, which can be seen in its totality in the area stretching from western North America across the Pacific Ocean to Eastern Asia.

Check out what the moon looked like from different cities around the world:

The 2017 Supermoon Seen From Around The World
Supermoon 2016 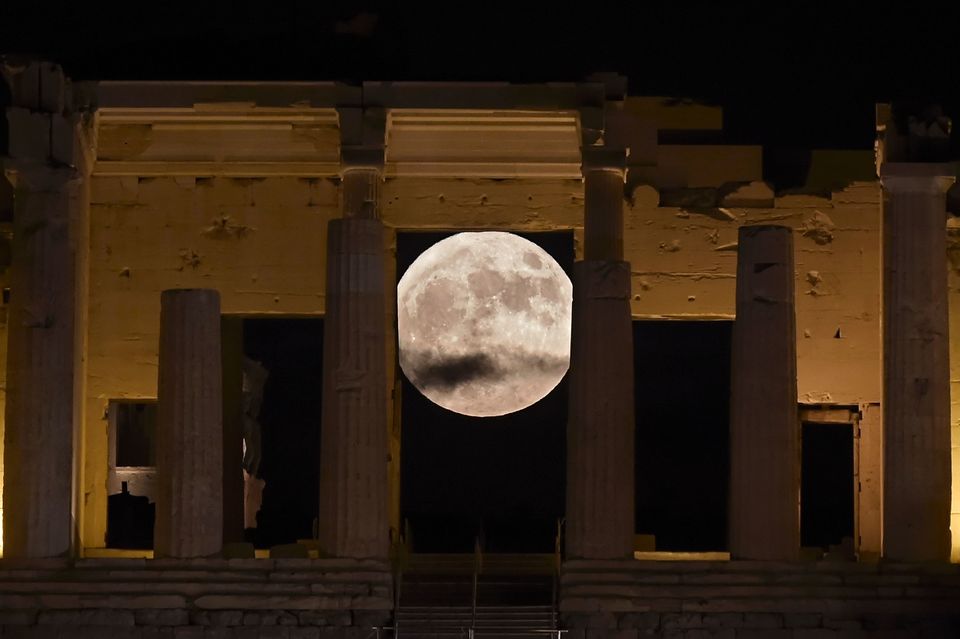 1 / 14
The "supermoon" rises on Monday behind the Propylaea above the Ancient Acropolis hill in Athens.
ARIS MESSINIS via Getty Images