Four friends danced in a fluttering shower of bright yellow ginkgo leaves, singing Forever Young at the top of their lungs, in the warm embrace of the Los Angeles night sky - This is my first memory of Isley Reust. It was one of those summer nights that started off great only to quickly transition into extraordinary; one of those nights that makes you never want to fall asleep because every atom that you are comprised of is reminding you that you are alive. 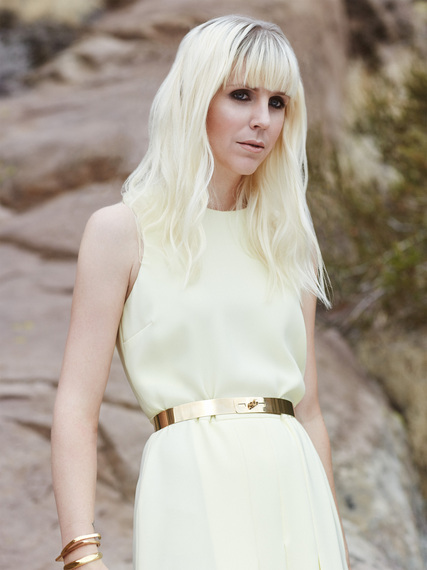 The four of us ran along that ginkgo tree lined street heading west, tossing piles of golden leaves into the air as we took turns dancing through them. We were eventually greeted by the sound of the Pacific Ocean's waves just as the splendid canopy made of trees came to an end. Our pockets were filled with handfuls of the yellow bits of happiness, our skinny pants pulled up to our knees, four pairs of converse tossed aside in the sand, as we gently set the leaves afloat to embark on their next journey. After that night, we were inseparable that summer until our lives, like those ginkgo leaves, went their separate ways.

Six years later I opened an old writing journal only to find a little pile of dry yellow leaves from that night fall onto my bed. The leaves reminded me that extraordinary moments in life happen when we are fully present in the moment, happy with who we are or what we are becoming, and happy with the energy of the people we are surrounded by. Deep down, people are like the ginkgo tree, their appearance may change throughout the years, but the base and the roots of who they are never change regardless if it's been 200 million years or just a few short ones. I gave Isley a call and sure enough, the color of her leaves had changed substantially since we danced amongst the fluttering gold ones, but the core of who she is remained just as beautiful and extraordinary as the day we met.

When did your dream become a part of your waking life?

Isley has been busy these last three years fulfilling several of her dreams. She relocated from Los Angeles to SF to become the front women of a new band Spectacular Spectacular, she embarked on a journey to fully embrace her inner self, in the process becoming a role model to transgender people all over the world. And if that wasn't impressive enough, she actualized her dream of living the life she's always wanted, as the empowered woman Isely Ruest.

Initially, Isley's transition process was incredibly private. Privacy was one of her main reasons she moved to San Francisco to start fresh and leave her old identity behind. Inspiration and emotions, both high and low, flowed continually resulting in her writing dozens of songs. After months of transition, both literally and figuratively, the whirlwind subsided as she recorded her album and laid the last track aptly named Blur.

It was 2:00 am, Jessica, Millie, and Isley were surrounded by nothing but candlelight as they completed their last song together. Blur became the culmination of her three year journey, marking the end of the transition and marking the beginning of her new chapter. The magic of the candle light, the early morning hour of the new day, and her laying there on the studio floor with her eyes closed, taking it all in, made her feel like she had arrived, she was excited about the future -- it had all been worth it.

Shortly after completing her album, Isley reached out to her friend and inspiration Laura Jane Grace, front woman of the band Against Me! and creator of the web series True Trans, and decided to take her story public as a guest in Laura's series. Every step Isley took towards embracing her true self resulted in not only limitless opportunities but unlocked door she had never dreamed of and couldn't wait to walk through.

What do you dream of now? 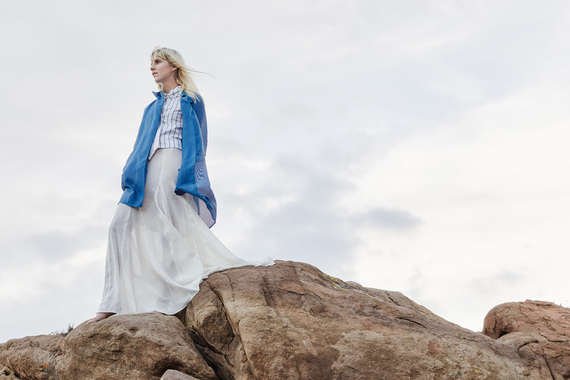 Isley dreams of the day when the world no longer needs a word like transgender to define who she is, she can just be herself. Isley and my friends have never lived lives defined by traditional adjectives - instead we have chosen to live lives where our language is that of music, art, emotion and passion. It's not important what defines you as a "woman" or as a "man" or as "transgender," what is important is what defines you as a human being -- defined by acts of kindness, respect, love, and equality -- because emotions are the same regardless of gender.

December 24, 1995
Christmas Eve. Laughter, family traditions, and love. Grandpa and grandma visiting all the way from Germany. Family & tradition. With full bellies we'd tour the neighborhood, my sister and I, taking in the sparkling lights. Our house lit up from the outside and filled with presents inside. Family & tradition. It's been ten years since I've seen my grandparents. You don't realize how beautiful those moments are until you don't have them anymore.

July 5, 2012
Moving day. The final day of my old life in Los Angeles. The first day of my new life in San Francisco. Car packed to the brim. No plan of what to do next. Can I leave it all behind? Yes. New song, new day. This was my dream. Today I will be brave. I dream of playing music. I dream of being me. Highway 1 was calling. 12 hours later I unpacked my bags and grabbed my guitar. I had something to say. It was time to play. It was time to write. New song, new day.

June 10, 2014
6 am. Today was the day. Did I even sleep? Millie drove as I stared at the blue of the San Francisco bay filled with excitement, anxiousness, and the feeling of certainty. I was certain my life was going to change forever. I was certain that I was making the right decision. This I knew for sure. I had always known. The next chapter. I laid in silence for an hour in my hospital gown. Taking it all in. Letting it all go. As the nurse started to wheel me to the operating room, the tears started to flow. Each tear was filled with happiness. I couldn't believe that this was actually happening and not a dream. The next chapter. Five hours later I woke up extremely dazed but full of the purest joy I've ever had. I was now complete, the woman I was always meant to be, my outside matched who I was inside.

I, like Isley, can't wait for a day when people are no longer defined by words that are so limiting - A day when people can just be who they are, breathtaking beings, comprised of billions of atoms grateful to be alive.