A new take on a favorite childhood pastime is allowing even complete strangers to make beautiful music together in downtown Montreal.

Each spring, 21 multicolored swings are placed in the city's entertainment district, Quartier des Spectacles. Each seat acts as a musical instrument. As people swing, prerecorded sounds from pianos and other instruments fill the air. The more neighboring swings work together, the more melodies and harmonies begin to form.

"It's a really, really cool experience to be able to make music with your entire body," says one young woman in this original short from OWN's "Super Soul Sunday."

In Oprah's words, the swings create "a living piece of art."

The installation is the brainchild of the award-winning French Canadian design group Daily Tous Les Jours. According to their site, it's "a giant collective instrument, a game where together we achieve better things than separately." The group worked with Université du Québec à Montréal animal-behavior professor Luc-Alain Giraldeau to explore the idea of cooperation.

"We tried to figure out, if we all went together at the same time, if we would change the music," one participant says. "And it did. It definitely felt like the tempo was moving with us." 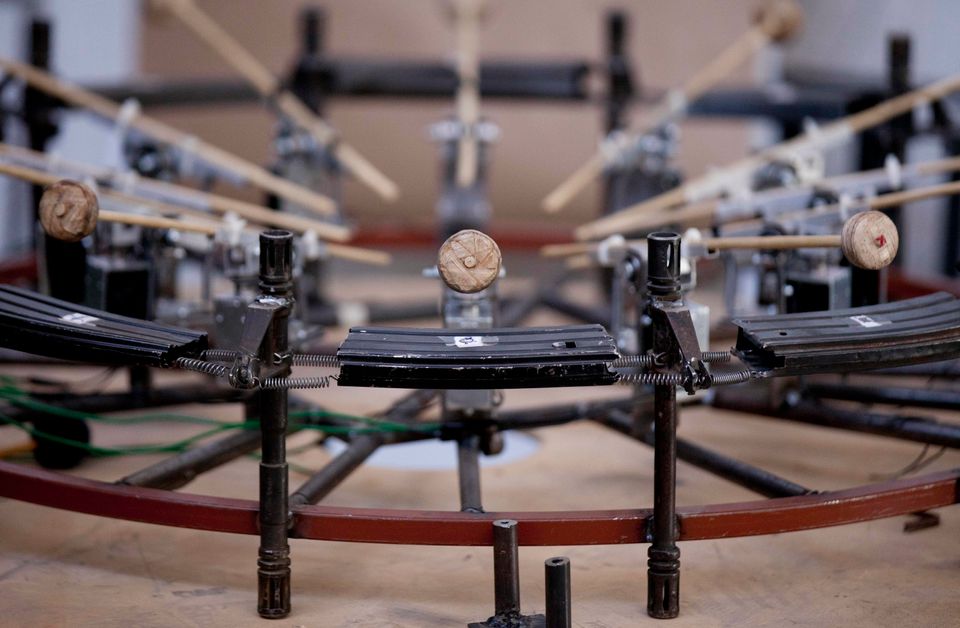 1 / 8
A circular xylophone made from weapons' parts, by Mexican sculptor Pedro Reyes, sits in his workshop in Mexico City, Tuesday, Feb. 13, 2013. Reyes has dedicated his last two years transforming weapons, that were either turned in or seized by the army and police in Ciudad Juarez, into musical instruments. The Mexican artist also hopes to take his message international, with an exhibition of the musical instruments in London's Lisson Gallery in March and later in the United States. This project has a pacifist intent, to create a global consciousness about arms trafficking, Reyes said. (AP Photo/Eduardo Verdugo)
AP