Midwesterners do things their own way -- seriously, ask anyone from the Midwest to say "paper bag" and you'll experience vowels you didn't even know existed. And when it comes to food, the region is flooded with deliciousness that much of the rest of the country hasn't even heard of. Credit that to a hugely diverse history of immigration, and to the fact that sometimes, when it's that cold for that long, you need to invent new foods just to pass the time. Behold the 21 foodstuffs you've definitely eaten if you grew up in the Midwest.

More: The Iconic Soft Drink of Every State in America 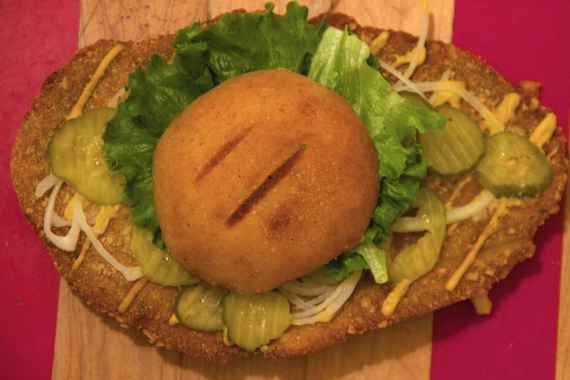 Where to get them: Indiana and Iowa
What they are: Iowa and Indiana fuss about which state owns the tenderloin sandwich, but wherever it came from, it's a thing of beauty that puts schnitzel to shame. It's a gigantic hunk of pork pounded Frisbee-flat, breaded, and fried. Then this gigantic hunk of golden meat is served on a tiny hamburger bun that covers about 30% of the meat. It's usually topped with mustard, tomato, pickles, and other things that aren't pork.

Where to get them: Michigan
What they are: Hot dogs are a big deal in the Midwest, with Chicago's hogging the glory. In Michigan, though, they're treated with the utmost respect. Hell, there are even regulations in place to make sure only top-quality meat's used. And the vessel of worship is the coney, which has nothing to do with Brooklyn and everything to do with a beanless chili-topped dog with raw onions and mustard. The glorious chili tends to be more liquid-y than Detroit-style and is the consistency of taco meat for Flint-style. You can get one everywhere in the state. And you should. 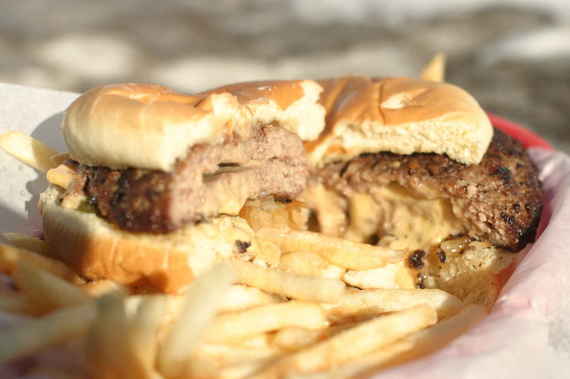 Where to get them: Minneapolis & St. Paul
What they are: Cheeseburgers stuffed with cheese, which pours out like the most delicious lava imaginable. Iconic Matt's Bar claims to have invented them (and spells them "Jucy Lucys"), but they've become a signature of MSP bar-food culture, where adventurous cooks have begun stuffing them with fancier cheeses and other accoutrements like bacon and jalapeños. No matter how it's served, you'll never look at a burger the same way again.

Where to find it: Throughout the Midwest
What it is: Basically ice cream, but richer because of egg yolk, which lands it somewhere between gelato and hard scoops. "Oh, come on," you say, elongating your vowels in that glorious Midwestern drawl. "You can get this stuff everywhere." And while it does make appearances occasionally throughout the country, you'd be surprised at how rare it is once you leave. There are stands on damn near every corner in Wisconsin, and even big chains like Culver's carry it. 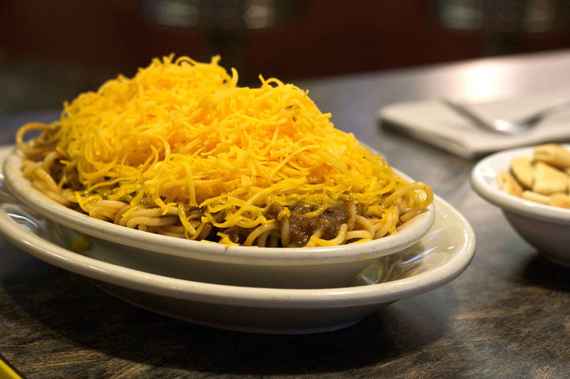 Where to get it: Ohio
What it is: It's easy to mistake Cincinnati chili for spaghetti sauce, since it's meaty, saucy, and, well, served on spaghetti. Or on hot dogs. Or just in a bowl. No matter what, it packs a lot of spice -- cloves and allspice figure into a lot of recipes -- and is at its best when served up five-ways: piled on spaghetti and covered in shredded cheese, onions, and beans. Skyline is the most famous, but it's everywhere, and no two recipes are the same.

Where to get it: South Dakota
What it is: Some of our writers (unfairly!) dissed SoDak's food culture, but dammit, if anything they're keeping the toothpick industry afloat with chislic. Simply put, it's little meat cubes that take a swim in a deep fryer, get punched with salt/garlic/whatever, and then get skewered with toothpicks for easy eating. Be it beef, venison, or lamb, chislic is essentially kebabs without all the stupid veggies, and it's wonderful. 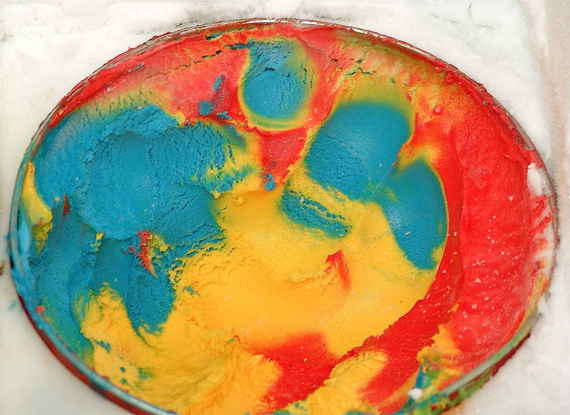 Where to get it: Throughout the Midwest
What it is: A red, yellow, and blue confection that leaves your face looking like you made out with Papa Smurf, each of Superman's colors represents a different flavor, though it can change depending on where you get it. Blue is usually Blue Moon, a nutmeg-punched vanilla flavor also native to the region. Red can be cherry or, if you're lucky, Faygo Red Pop, while yellow is typically custard. Sometimes you can find it in far-flung ice cream shops throughout the nation, where it's usually greeted with squeals of shock and delight (just ask the poor teenager who endured my 10-minute freakout at a tiny Colorado parlor).

Where to find it: Minnesota, North Dakota, and Wisconsin
What it is: Not to be confused with what the gents at the dance hall called your Grandma back when she was super bangin', hotdish is simply a form of casserole. It usually consists of a meat, something starchy (tater tots for the win!), and some condensed soup all poured into a single serving dish. It's served by spooning it out of the same dish. Your hot Grandma loves it. 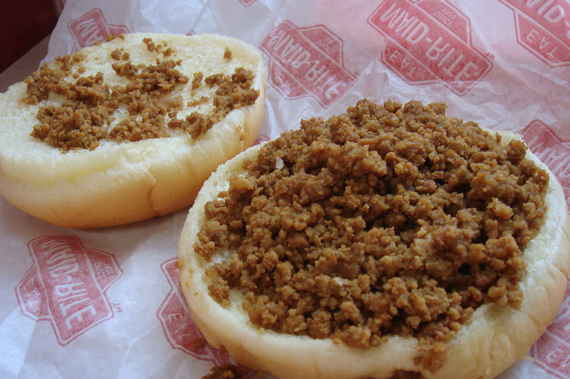 Where to get them: Iowa & Kansas
What they are: Like a less-sloppy cousin to Joe, the loose-meat sandwich is just a bunch of lightly seasoned ground beef with a bit of onion. So basically, a burger that hasn't been pattied, which means it's also delicious with any variety of condiments... or on its own. There are even chains devoted to them, including Maid-Rite in Iowa and Nu-Way in Kansas, where they call them "crumbly burgers," which sounds wonderfully cheeky.

Where to get them: Central Illinois
What they are: The glorious result of a wild orgy between an open-faced sandwich, cheese fries, and nachos, the Horseshoe has spread out a bit from its humble beginnings in Springfield, but really, it should be everywhere. You can score them with everything from fish to fried chicken or (ugh) veggies, but no matter the meat (or, UGH, veggies) the structure is the same: Texas toast topped with enough fries to feed 20 Belgians, all of which is smothered in cheese sauce. Oh, and you can get them for breakfast, with sausage and bacon. God bless America.

From pasties to beer cheese soup, head to Thrillist.com for 11 more foods you've definitely eaten if you grew up in the Midwest!

The Unofficial Comfort Foods of Every State in America