The choir sang "Amazing Grace." One congregational hymn was Bob Dylan's "Blowin' in the Wind," and the other, "When Israel Was in Egypt's Land (Go Down Moses)." The perfect musical background to a sermon on slavery. But there was no preaching about the benefits of the 13th Amendment. This was an awakening to slavery in the 21st century and today's abolitionist movement.

Robert Boneberg, a 21st century abolitionist and former board chair of Free the Slaves, spoke at the Wyoming Presbyterian Church on February 7. An elder of the church he is bent on alerting the world about slavery's global comeback and on catalyzing a abolition. "Although slavery has been outlawed everywhere, it has not been eradicated," Boneberg cautioned. He detailed the horrors of modern slavery to an attentive congregation, also suggesting avenues of action to take against the slave trade - also known as human trafficking. 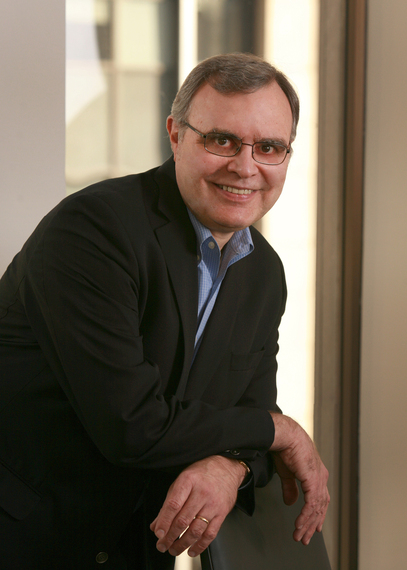 Abolishing slavery is not a 19th century concern that was concluded with the 13th Amendment in 1865. Slavery is alive and well today at an unprecedented level. Historically slavery is as common as the harvest, ubiquitous in earthly societies and cultures. Slavery has been present in its cruel and harsh forms and in kinder, gentler forms throughout human history. Economically justified, theologically justified, and monarchically justified. In our democracy it is apparently tolerated.

While the Atlantic slave trade may have turned the sale of human beings into a big business with big profits, Boneberg noted that the industrialization of the slave trade today dwarfs anything we've known so far. More than 10 million people from Africa arrived in the Americas and were sold into slavery between 1526 and 1867 . Modern slavery around the world claims almost 21 million victims at any given time. Today the trafficking of human beings is the second-largest criminal industry in the world - after drug trafficking. The US Department of Justice suspects human trafficking is the fastest growing industry in the world.

"Commercial slavery will end when businesses clean up their supply chains. What does that mean? The gold nuggets and other ores needed to make your mobile phone and computer work; the children sewing your tee shirt or weaving the carpet you're eyeing; what about the person that picked the vegetables in your salad? All of these products could have a slave labor component. You don't know. It's likely the retailer from whom you bought it from doesn't know, either."

"The most difficult challenge in America today is mindfulness of others," writes Jeffrey Sachs in The Price of Civilization: Reawakening American Virtue and Prosperity. Particularly the others that are othered. Our "nation has increasingly sorted its communities according to race, class, and even political ideology. Any kind of realistic understanding of the lives of "different" others has suffered accordingly."

As is compassion, equal economic opportunity is in short supply. For there would not be a tidal wave of slavery were there not an equally unacceptable permanence of poverty.

It's a moral business issue. And there is something consumers can do to show their concern. "When consumers go into stores and ask about slavery-free products," Boneberg asserts, "businesses will eventually have to do some research and find out." Examples of this exist already.

Americans have eagerly asked if the foods we're ingesting are genetically modified. The anti-GMO movement has made significant inroads regarding labeling and consumer awareness. What about animal cruelty? Hollywood films include a disclaimer during credits that "no animals were harmed" in the making of the movie. I always assure people that the "fur" trim on my favorite winter hat is fake so as to deter the evil eye. Colleges, houses of worship, and businesses nationwide demanded and succeeded in causing divestiture of huge funds from apartheid South Africa. Our insides, our fuzzy friends and our morality. All very important. All worthy of action. Now how about concern and compassion for the lives of enslaved people?

Next time you buy a rug or a smartphone, ask the retailer: "Can you assure me that this product is slave-free?" The question begs accountability. It won't accept an off the cuff response. It sparks engagement.

"This small church put forward a resolution on supply chain-related slavery to the Newark Presbytery that will go to the General Assembly of the Presbyterian Church (USA) for consideration when it meets in Portland, Oregon, in June," Boneberg commended the congregation that responded with applause.

Action is essential. Abolition is a growing movement that requires 21st century awareness. It starts with individuals speaking up and acting on conscience. It will spread through social media and influence institutions and government more slowly than it should, I'm afraid. But calls for abolition will grow, just as they did two centuries ago.

An important step toward economic recovery, writes Jeffrey Sachs, requires a "global ethic," that is "mindfulness of the world, and most importantly the recognition that today's world is deeply interconnected economically and socially, albeit with considerable discord and confusion." Abolition must be part of any global ethic that brings economic stability and dignity to the people of our nation and our planet. This movement demands 21st century awareness that can be nurtured within the religious institutions of our pluralistic country. Sachs writes glowingly of the work of Hans Kung, a great theologian of the 20th century: "Kung found that diverse religious traditions share fundamental ethical standards regarding economic life and behavior, which can enable the world to identify and embrace a truly global economic ethic." This, he calls, the "Principle of Humanity": Being human must be the ethical yardstick for all economic action.

For starters check out the work of Free the Slaves (preventing slavery through education and toughening enforcement), Polaris (with its National Human Trafficking Resource Center Hotline), and Verité (singling out specific products through supply-chain accountability).

Did we fight a Civil War and start a civil rights movement only to see slavery thrive on our watch?

Robert Boneberg thinks not. What do you think?