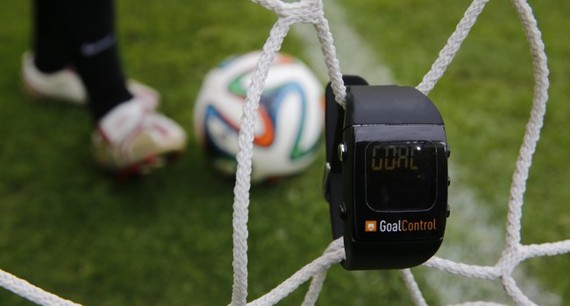 The sporting industry has come a long way since the '60s. It has carved out for itself a niche with its roots so deep that I cannot fathom the sports industry showing any sign of decline any time soon - or later.

The reason can be found in this seemingly subtle difference - other industries have customers; the sporting industry has fans. Vivek Ranadivé, leader of the ownership group of the NBA's Sacramento Kings, explained it beautifully, "Fans will paint their face purple, fans will evangelize. ... Every other CEO in every business is dying to be in our position -- they're dying to have fans."

While fan passion alone could almost certainly keep the industry going, leagues and sporting franchises have decided not to rest on their laurels. The last few years have seen the steady introduction of technology into the world of sports - amplifying fans' appreciation of games, enhancing athletes' public profiles and informing their training methods, even influencing how contests are waged.

Also, digital technology in particular has helped to create an alternative source of revenue, besides the games themselves - corporate sponsorship. They achieved this by capitalizing on the ardor of their customer base - sorry, fan base.

So here are a few of the technological trends - be it technical or digital - that have and may continue to drive the sporting industry.

Remember Will Smith's movie, Concussion? It was based on true happenings in the world of sports. Concussions have begun to overshadow the sport, especially in the NFL and NHL. They have long term effects that players did not know about and this has had fatal impacts on some legends of the game.

Little wonder that a class action lawsuit has been filed by former NFL players regarding the leagues failure to adequately protect players and for concealing information about the long-term effects of concussion.

Because of these problems, both the NFL and NHL have introduced new policies for diagnosing concussions and new rules to alter play in a bid to help reduce head injuries. These have helped to the amount of concussion cases, but the problem is still looming largely over the sport.

The helmet worn by these players, which was supposed to be protection for their heads, was actually doing more harm than good. Thanks to Riddell, smart helmets have been designed to help massively reduce the risk of brain injury. They did this by introducing new sensor and magnet technology into this equipment. The sensors detect and disperse the force of collisions, while the magnet will help by spreading and absorbing the force.

Also, once impact is made to the helmet, sideline staff receive notification of the collision wirelessly, allowing them to perform proper concussion diagnosis real-time. This way they will know when to take a player rather than to allow him continue playing with a traumatic brain injury.

Smart helmets, while being developed exclusively for the NFL thus far, once the tech is perfected, will see broader use in other sports such as hockey, skiing, snowboarding, rugby, lacrosse etc. These helmets better the sports by keeping players in the game, but ultimately, it could save lives.

I bet you saw this one coming didn't you? With VR technology, those who could not get their hands on a ticket, who would have loved a seat closer to the action or who maybe would have loved to stand beside players during the national anthem can now have their wish fulfilled. The technology to make this possible is closer than you think.

This technology has already begun to impact the sports industry as some savvy sports organizations have begun to use VR tech to assist in training their athletes and helping them avoid injuries. FOX Sports signed a five-year deal with virtual reality company, NextVR to produce and broadcast live sporting events using their technology.

The implementation of this technology does not end here, though.

With the rise in Fantasy Football participation, parallel participation in virtual sports could become increasingly intense and immersive, in the world of online gaming. Already, A FIFA Interactive World Cup Competition was organized earlier this year in New York, featuring 32 finalists chosen from 2.3 million original entrants. The virtual competition was aired by Fox Sports in the USA, and internationally, through affiliates such as Sky UK, Sky New Zealand and FOX Sports Australia.

Referees, linesmen, umpires and other adjudicators have a tough job - they have to make calls on the spot that can seriously affect the result of the game.

This is a very sensitive area of responsibility as can be evidenced in the fact that many referees have at one time or the other been brought before a panel to answer for a call they made during a game.

The fact is that these adjudicators are human too and can make mistakes. Making 'right' spur of the moment is not an easy task.

Because of this, various sport bodies have started to introduce technology into the sport to help increase the accuracy and certainty of calls by referees.

FIFA allowed goal-line technology to be used for the first time in the 2014 World Cup. This technology helped referees determine accurately, in uncertain cases, if a ball has crossed the goal line.

Beyond helping make calls more accurate, it has helped lighten the weight of refereeing responsibility on the shoulders of sport adjudicators.

Two data-related technologies are seriously influencing the world of sports; data analytics and the internet of things (IoT). The first makes it possible for professional sports organizations to analyze huge amounts of and varieties of data collected through special field cameras or devices installed in player's shoulder pads etc.

This analysis helps them to appropriately determine the skill set of players, uncover undervalued players, pinpoint aspects of team play that need to be worked on, and selecting the right players in a lineup for optimal effect. There are many other uses and more likely to be introduced in the future.

The second is the Internet of Things. This technology enables organizations to collect and analyze an avalanche of varying data from a myriad of network-enabled devices.

Live cams on helmets afford coaches a bird's eye view of the game and wearable devices record players vitals and monitor them over time. Also, mechanisms are being installed in basketballs and soccer balls measure and record precise shooting and passing accuracy and to measure impact, spin and trajectory respectively.

All this IoT- collected data will certainly help coaches and trainers to adjust techniques for optimal player performance.