New Englanders -- an assuredly hardy people, to have endured so much -- complain about a lot of things: the traffic, the weather, how the weather affects the traffic, and Fever Pitch. But one thing you'll never hear them gripe about is the food. Growing up in the land of Dunkin' Donuts is great, sure, but it's the everyday small-town delis, cafeterias, diners, and ubiquitous "houses of pizza" that make it exceptional.

So, to honor the snacks that got us through several Nor'easters (relatively) unscathed, here's a list of 22 of the best New England foods. Hopefully by now you know that we don't even need to list clam chowder.

More: The Unofficial Comfort Foods Of Every State In America 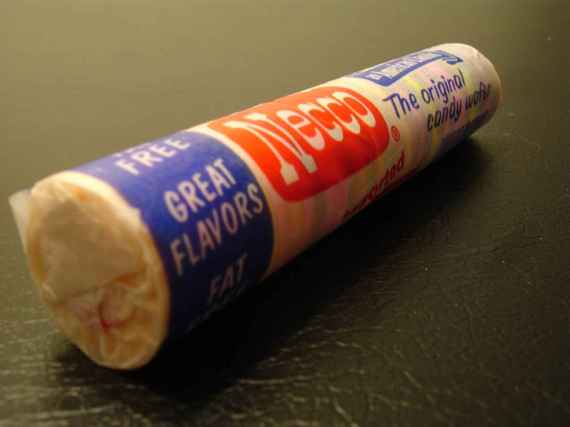 These are certifiably gross, but you still ate them because they were there. The Mt. Everest of shi*ty candies. Their only redeeming quality was that, according to neighborhood legend, they would produce sparks when chewed in the dark. Many nickels were wasted at the general store buying pack after pack in the name of science.

Knocking back your first sip of Moxie was more or less a rite of passage, and let's be honest -- not too many people passed that test. You still get excited when you see bottles of it in your local convenience store, but that excitement quickly fades to indifference just like its sweetness fades to that weird bitter flavor. Doesn't stop you from giving it a second shot, though. 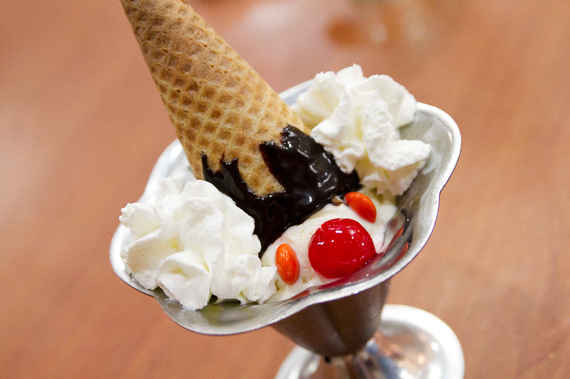 Friendly's Buffalo chicken tenders with a sundae for dessert

Of course, that Friendly's sundae with the face was going to be your dessert whenever you went there. The real variable was what to eat for dinner, because your parents told you that you couldn't just skip it and go straight to ice cream -- and their Buffalo chicken tenders are pretty sublime. Well, I guess you could go with pretty much anything that isn't a Fishamajig.

The requisite drink order with any menu item at any of the pseudo-NY delis along 91 or 84, or with any slice of New Haven pizza.

Duchess is more or less a Connecticut-specific thing, but what New England kid didn't take a road trip down there and gaze longingly at the unfamiliar fast-food signage? Connecticut kids knew that anything here was fair game.

This cafeteria lunch staple was the ideal alternative to boring ol' regular milk. Chocolate milk? So rest-of-the-country. Coffee milk made you debonair. Plus, you felt pretty adult for drinking it, even if it didn't have the same caffeine level as your parents' cup of joe. 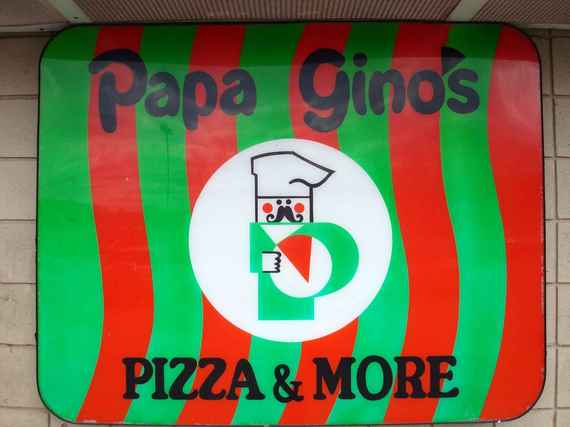 Ah, Papa Gino's -- ye of the false frescoes of Italian countryside life. Many birthday parties were held here, many cups of Surge spilled over, and many pizzas eaten. Most New Englanders take for granted the fact that Papa Gino's is basically our best regional pizza chain. Go ahead and try it for old time's sake -- it's still damn good, even without the Surge.

It wasn't a real summer without a beachside lime rickey, typically of the raspberry variety. From Fairfield to Kennebunkport, these syrupy suckers could be found in most places fried seafood was also served.

Head over to Thrillist.com for the full list of the best New England eats, from Bertucci's rolls to Cape Cod potato chips!

Every State In The USA, Ranked By Its Food/Drink