2. I'll let them help cook -- even if the word "rainbow" is right there in the recipe title.

3. I'll love the days that we change straight from pajamas to swimsuits back into pajamas.

5. I'll start a movie after bedtime.

7. We'll burn marshmallows for s'mores -- lots of them.

9. We'll ride our bikes a little further than I want to.

10. We'll cover the driveway in chalk and I won't say a word about the dust and the clothes and the knees and the fingerprints. But I will say a lot about the furrowed brows and the focused eyes and the side-by-side-ness and the colors and the sound of chalk against driveway. (Which is somehow so much better than on chalkboard. Why is that?)

12. We'll go on a hike, early in the morning, before it gets too hot, even if anyone -- someone -- more-than-one someone says they don't want to go.

14. We'll stop at lemonade stands. I'll keep extra coins in the car so we can all get lemonade. Every time. And leave a hard-earned tip.

15. We'll have a lemonade stand of our own. Maybe even more than one.

18. We'll take the dog with us on more outings than not. 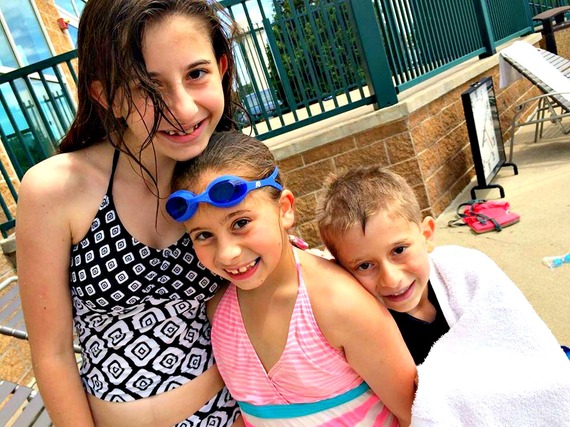 My kids have officially traded school days for summer ones, and I still don't actually have a plan for weaving between moments of work with moments of summer, for tying summer with a neat bow.

In the earlier days of my young motherhood, this would have been a disaster. But today I'm thinking it's more about choosing slow, choosing grateful, choosing s'mores. Here's to mornings in pajamas and evenings by the fire.

This post was first published on Galit's blog, These Little Waves.

Check out Galit's book, Kindness Wins, a simple, no-nonsense guide to teaching our kids how to be kind online.

More:
Parenting summerParentssummer vacationparents-moms
Newsletter Sign Up
Raise the kind of person you'd like to know
Subscribe to our parenting newsletter.
Successfully Subscribed!
Realness delivered to your inbox