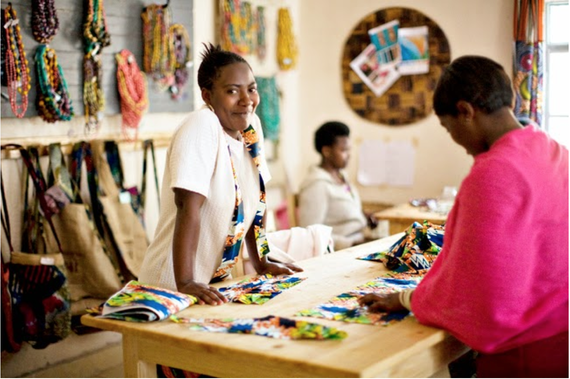 Genocide survivors make home goods for global sales--a sign of healing in Rwanda. Women producing baskets, handbags, and jewelry in the small, central African nation of Rwanda comprise TO THE MARKET's artisan network. These survivors of the Rwandan Genocide are transforming a society torn apart by gruesome ethnic violence through the dignity of work, opportunity, and economic empowerment. Artisan entrepreneurship, assisted by TO THE MARKET's online sales platform for Rwandan goods, helps propel Rwanda forward.

April 7th marks the 22nd anniversary of the Rwandan Genocide. From April to July 1994, between 800,000 and one million ethnic Tutsis and moderate Hutus were killed during a 100-day killing spree planned and perpetrated by ethnic Hutus, also known as genocidaires. Despite the presence of United Nations Peacekeeping Troops, the international community did very little to intervene or quell the violence, which has left lasting social, economic, and political scars on the small African nation.

Paul Kagame, now President of Rwanda, led a Tutsi intervention force, the Rwanda Patriotic Front (RPF), comprised of Tutsi refugees, to defeat the Rwandan Army and Hutu militias. Kagame ultimately established a unity government led by the Tutsi RPF political party. Hundreds of thousands of Hutus fled the country for fear of retribution, many fleeing to neighboring countries, including Zaire (now the Democratic Republic of Congo). Many of the Hutus who fled were then, in turn, targeted by DRC militias, including M23, a militia backed until 2013 by Kagame's government.

After the genocide, Rwanda was on the brink of total collapse. Of the survivors, women comprised 70 percent of the population, entire villages were destroyed, and social cohesion was in utter disrepair. This small African country of 12 million inhabitants, encompassing a geographic area roughly the size of Maryland, has made a remarkable economic turnaround over the course of the past two decades. The country now boasts intra-regional trade and service delivery, urban design innovation, and efficient transport links. It has positioned itself as an attractive destination for foreign investment and business ventures. Remarkably, there is free wifi on city buses in Kigali, the country's capital! 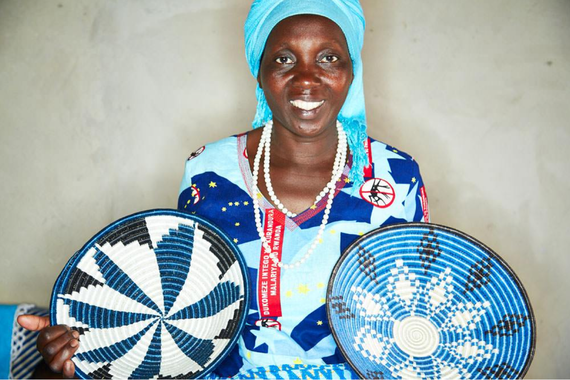 The Financial Times highlights that Rwanda's "good roads, security, healthcare services and an efficient bureaucracy are impressive in a region where all are in short supply." Rwanda is leading the East African Community (EAC) in pursuing a monetary union and further trade integration--an area notorious for high tariffs. In fact, it is often easier in East African countries, such as Tanzania or Kenya, to trade with Europe than with their neighbors in Africa. Rwanda, among other EAC countries, is attempting to change this dynamic. The country has made a point to learn from other small service-delivery oriented countries such as Singapore, Hong Kong, and fellow African country, Mauritius.

Despite these overall economic improvements and Rwanda's long-term economic vision, significant political challenges remain. Paul Kagame continues to run the country with a strong authoritative hand, very little political dissidence is allowed, and press freedom is limited. Those within his inner-circle who have spoken out against his policies are now the targets of international political assassinations. While ethnic associations and labels have been banned, Hutu's see a glass ceiling on their success. For example, Tutsis comprise about 15 percent of the population, but account for the majority of top government posts and business leaders. The country still remains very poor as more than a third of the national budget is supported by foreign aid. Rwanda's high growth rate (over 8 percent) in the 2000s is now slowing. The country's constitution was recently amended by the support of the Rwandan people to extend Kagame's term limits beyond 2017; he can now remain in power, if popularly elected, until 2034.

Paul Kagame will be the first to admit that Rwanda is an experiment and that the end result is still unknown. Given the atrocities and the complex dimensions of reconciliation, the ability for genocide victims and perpetrators to live and work side-by-side is remarkable. However, the collective memory of the genocide is a distinct and defining element of Rwandan society today. Despite the horrific trauma many experienced, post-genocide Rwanda presents opportunities for women leadership in how the country is being reconstructed.

Women in Rwanda hold significant power and respect, unique to a continent where patriarchy and oppression remain major factors for leadership in many countries. Successful women-led cooperatives (including several TO THE MARKET local partner organizations working in Rwanda: All Across Africa and NO. 41), a women-majority led parliament (women hold 64 percent of the seats, the highest proportion of women in the world), and equal access to education and financial services are just some of the remarkable accomplishments in Rwanda over the past 22 years. 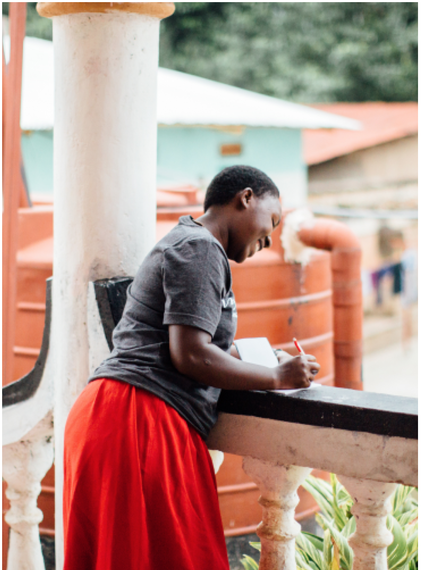 The lessons that should have been learned from the genocide in Rwanda and incidence of recent genocides committed in Srebrenica, Kosovo, Darfur and now Syria and Iraq are solemn reminders that "Never Again" has yet to be fully realized and much remains to be learned from the survivors of such atrocious acts. TO THE MARKET continues to support and promote genocide survivors both in Rwanda and elsewhere around the globe. By buying products made by genocide survivors or organizations committed to supporting genocide survivors, you as the consumer are helping to promote the healing power of dignity through work. Some of the local partners with whom TO THE MARKET works to empower genocide survivors include All Across Africa, NO. 41, Flora Stationary, Heshima Kenya, and Mariemae.

TO THE MARKET, Contributor