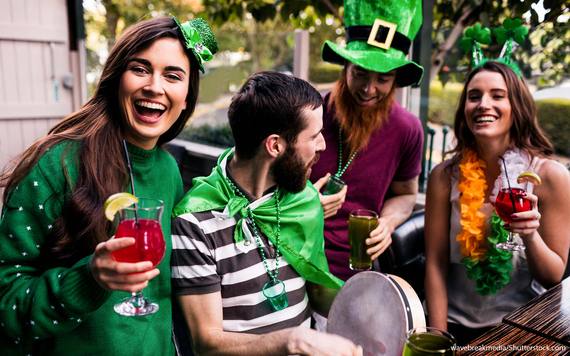 Saint Patrick, Patron Saint of Ireland, wasn't even born in Ireland. He was born in Roman Britain in the 4th century before being kidnapped when he was 16 years old and taken to Ireland as a slave. He managed to escape, but later returned to the country to convert Irish people to Christianity. He established monasteries, churches and schools. Patrick was rumored to have driven snakes out of Ireland and to have used the shamrock to explain the Holy Trinity. St. Patrick died on March 17, 461 and Ireland came to celebrate him each year on that date with religious services and feasts.

Visit GOBankingRates for the best deals, freebies, discounts and more >>>

People in the U.S.  have celebrated St. Patrick's Day on March 17 for centuries. The first St. Patrick's Day Parade in the U.S. happened in Boston in 1737. Chicago's well-known practice of dyeing its river green started in 1962. While the holiday has religious roots, many of the celebrations in the U.S. are focused on Irish food and drinks and generally having a good time.

Whether you're Irish or not, there are a plethora of St. Patrick's Day deals, discounts and special offerings that you can take advantage of from national restaurants, stores, and more. Check out the list below so you don't miss out.

Great Deals on Food and Drink

Related: 9 Strategies for a Cheaper Night Out

Whether you're going out drinking or just doing some shopping, have fun this St. Paddy's Day. No matter what you do, be sure you're snagging some great deals and saving some green while you're at it.