For the past 23 years, Entergy engineers have tried unsuccessfully to ignore, live with, and then stop a radioactive rain from the Indian Point 2 reactor cavity from falling onto workers inside the massive containment building.

And after decades of ignoring the problem and having workers wear raincoats and rain hats to prevent radioactive contamination from the indoor precipitation, Entergy pledged in 2010 to try different methods in each of the next three refueling outages to see if they could stop the flow of water through the massive concrete and steel tub surrounding the reactor. That six-year plan was deemed acceptable by the NRC.

But Entergy's efforts during the first two refueling outages failed. The plant is currently in the midst of the third refueling outage and NRC spokesman Neil Sheehan said in an email exchange that the company has been unable to find or halt the leaks.

"Entergy is still working on a solution to the problem of leakage from the Unit 2 refueling cavity," Sheehan wrote. "Thus far, the leakage has not yet been halted. But it's important to note that leakage is captured in the containment building sump and then processed in the plant's radioactive water cleanup system.

"We had a metallurgical specialist at the site this week to observe Unit 2 refueling activities. As part of his inspection, he reviewed the work on the refueling cavity. The results of that review will be documented in an upcoming inspection report." 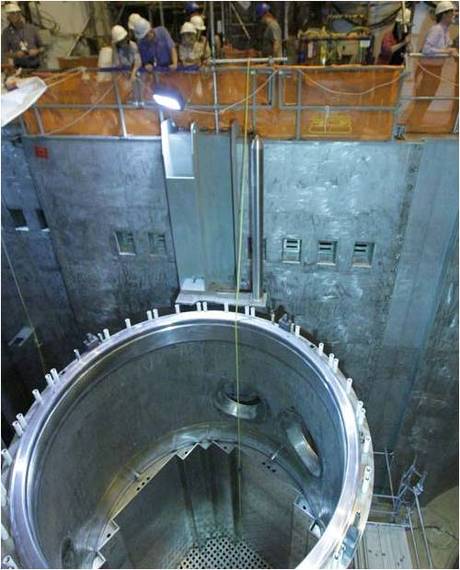 The steady drip of about 10 gallons per minute comes through the specially designed, concrete, waterproof cavity which surrounds the reactor and is filled with water in order for refueling to take place. Exposure to the reactor core would kill anyone in the area, so the cavity extends more than 30 feet above the reactor itself. When filled, the reactor head can be removed remotely and the 12-foot long fuel rods lifted out and transported on an underwater train through a flooded canal to the spent fuel pool in an adjacent building.

According to Entergy's July, 2001 Final Safety Analysis Report ( FSAR ) for Indian Point 2, which was submitted to the NRC and is a matter of public record, "The floor and walls of the canal are concrete, with wall and shielding water providing the equivalent of 6-ft of concrete.

"The refueling canal floor is 5-ft thick. The concrete walls and floor are lined with 0.25-in. thick stainless steel plate. The linings provide a leakproof membrane that is resistant to abrasion and damage during fuel handling operation."

But the FSAR, which was accepted by the NRC and the resident inspectors at Indian Point 2, came eight years after the 1993 discovery that reactor coolant was flowing unchecked through undetected leaks in the concrete and falling on workers in the rooms below at rates up to 10 gallons per minute. That was when Entergy first entered the leak into its "corrective action program" as an issue to be thoroughly examined and corrected. The coolant is radioactive, containing both tritium and a basket of isotopes from the 100 tons of irradiated fuel rods taken from the reactor.

At this decades-long leak rate, more than 4.6 million gallons of radioactive rain has fallen through the reactor cavity and transfer canal onto the work area below. 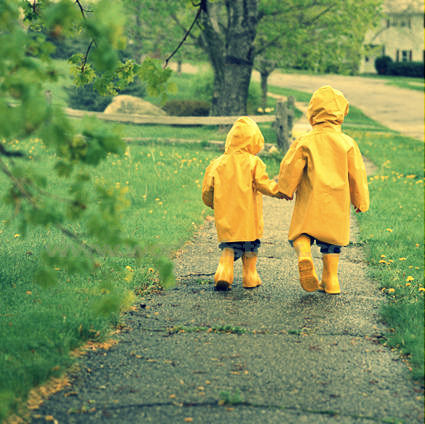 The reactor coolant also has high concentrations of boron, which is used to absorb neutrons and stifle the fission process. If borated water is not contained, the water will eventually evaporate and can leave a crystallized pile of boric acid in its wake. This is capable of corroding and eating through the carbon steel supports around the reactor, as well as the stainless steel lining of the reactor cavity and fuel transfer canal. It was boric acid, long ignored by FirstEnergy, which resulted in a football-sized cavity developing in the head of the reactor at the Davis Besse nuclear power plant in Ohio. To what extent accumulating boric acid may affect the integrity of various carbon steel supports in the reactor building is unknown. 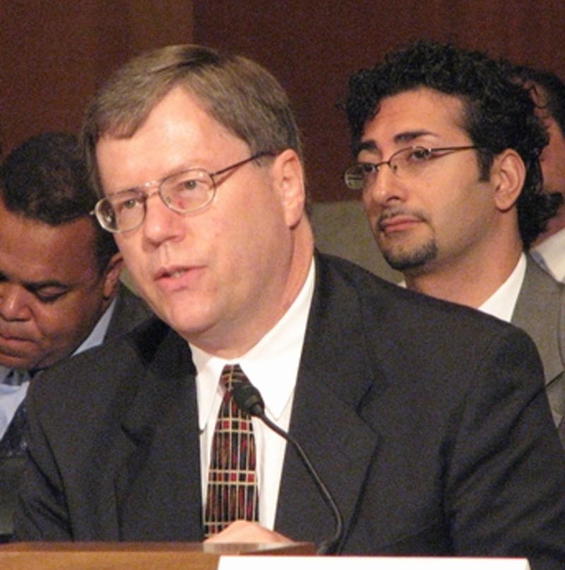 David Lochbaum, nuclear safety engineer with the Union of Concerned Scientists, pointed out the similarities between this ongoing leak and the lack of oversight at Davis Besse in a July, 2010 letter to William Borchardt, then the NRC's Executive Director for Operations. At the time, Entergy was planning another refueling outage at Indian Point 2 though there had been no change in the leak and no assessment of its impact of steel structures.

Lochbaum noted in that letter, "it would be replicating the inadequate licensee management and ineffective regulatory oversight factoring into the Davis Besse near-miss to conduct another refueling outage at IP-2 the way outages have been conducted since 1993...

"According to the NRC's inspection report, refueling cavity leak rates of between 2 and 10 gallons per minute have been repeatedly entered in the corrective action program dating back to 1993. Despite these numerous corrective action program entries, the licensee has not yet evaluated the impact of reactor refueling cavity water leakage on the dissimilar metal welds between the stainless steel liner and the carbon steel studs, nor has the licensee evaluated the effects of the leakage with regard to liner attachment welds and carbon steel hardware."

In Borchardt's view, the unplanned and uncontrolled leaks were an inappropriate annoyance during refueling, but not a threat to the integrity of the reactor or any safety systems.

"From our reviews," he wrote "we determined that Entergy's plans related to repairing the leak and monitoring plant components for age-related degradation are acceptable. As part of the license renewal process, the NRC's independent advisory body, the Advisory Committee on Reactor Safeguards, considered this leakage condition in its review of the staff's safety evaluation report and agreed that the condition is not one which would preclude granting a renewed license for Indian Point Unit 2."

That assertion by Borchardt came nine years after Entergy's 2001 evaluation report claiming the reactor cavity and canal were "leakproof," and in the midst of an ongoing challenge by the New York Attorney General's office to relicensing the plants partly on the grounds that its long-term ageing management plans were not reliable. 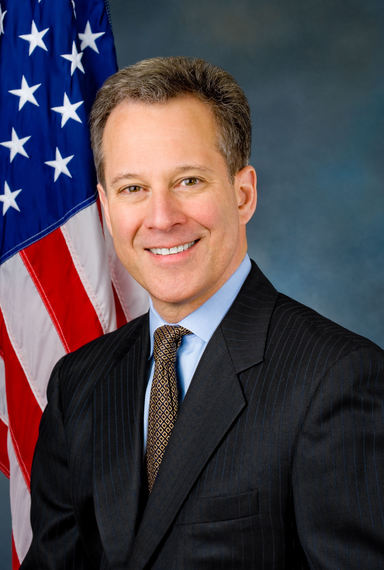 Entergy has been seeking 20 year extensions on the licenses of the twin reactors, which are now more than 40 years old, since 2007. The license for Indian Point 2 expired in 2013, and the license for Indian Point 3 expired last year. They are currently allowed to operate by the NRC until the licensing process is complete. The NRC is actively seeking to relicense all of the nation's 100 reactors, and has so far granted extensions to about 75. The license review process for all other reactors has taken an average of two years.

The extensions for both Indian Point plants, however, are being challenged by the environmental groups Riverkeeper and Clearwater, and the State of New York on several grounds, including contentions that the ageing management process for the plants' critical components is flawed and unreliable. Last month, for example, Entergy relented after more than five years of legal wrangling and agreed to inspect the lining of the reactor -- something that is not required by NRC regulations but has been pushed by New York Attorney General Eric Schneiderman. That inspection found that more than 27 percent of the bolts used to hold the lining of the reactor and channel coolant through the fuel rods had degraded in the hot, radioactive environment and were broken or missing. Entergy declined to discuss this issue.

The indoor leaks at Indian Point stem from a grave miscalculation made when the nation's nuclear plants were designed in the 50s and 60s. It was assumed, explained Lochbaum, that pipes and concrete conduits wouldn't break down over time and that concrete, though porous, was certainly unlikely to leak in the two weeks to a month needed for refueling and reactor maintenance. 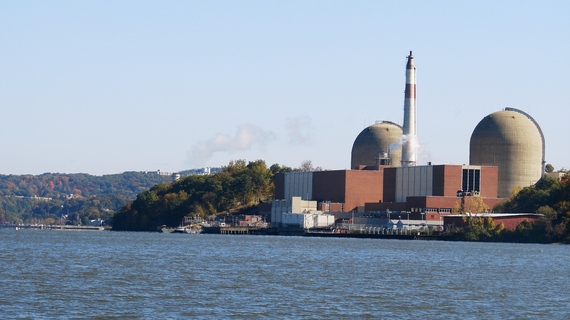