The year 2012 brought major changes for the Latino community. As Hispanics expanded to 10 percent of the voting population, helping to usher Obama in to a second term as president in November, few could deny that politicians finally have to take Latinos seriously.

At the same time, the Latino community faced tragic events. Mexican-American singer Jenni Rivera passed away in a tragic plane crash this month, and the shooting that took boxing legend Hector "Macho" Camacho's life highlighted the rising violence in Puerto Rico that has sparked a social movement demanding peace.

So from the rise of the Latino voter to Shakira's baby bump, here's a look back at the top 24 Latino stories of 2012. 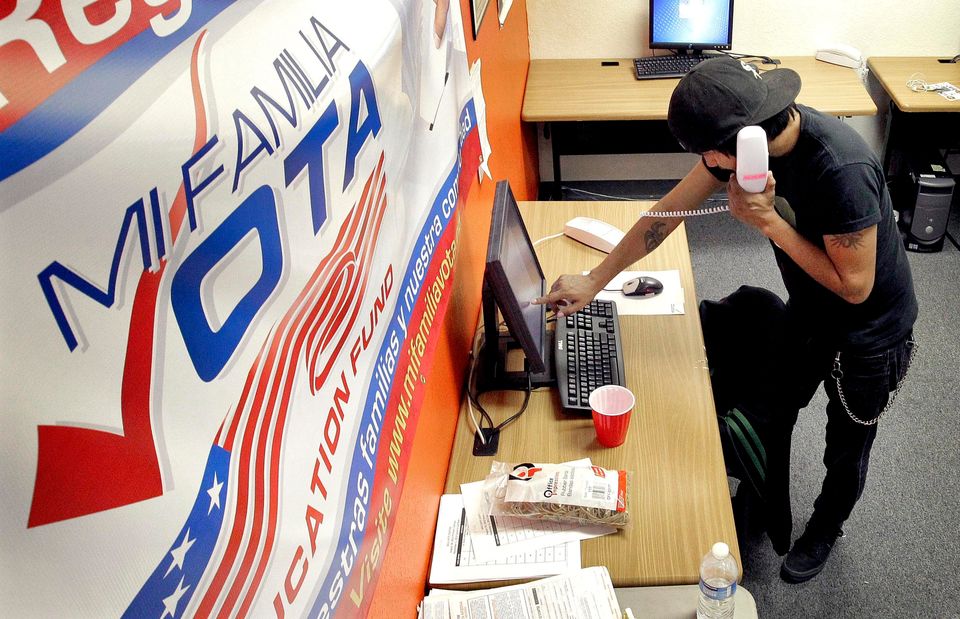 1 / 24
The Rise Of The Latino Voter
Latinos became a new political force this year, growing to <a href="https://www.huffpost.com/entry/ways-romney-failed-latino-voters-mistakes_n_2093388">10 percent of the voting population</a>. With GOP candidate Mitt Romney performing more poorly among Latino voters than any candidate since Bob Dole, conservatives found themselves scrambling to restart stalled conversations about immigration reform.
Pedro Yazzie, 27, makes phone calls Tuesday, Nov. 6, 2012 in Phoenix to registered voters from the offices of Mi Familia Vota, a non-partisan effort to increase voter participation among Latinos and others. (AP Photo/Matt York)