Following our first round of the best book covers of 2010, we have another 25 outstanding covers from 2010. You'll enjoy the insights of the designers and authors about their decision-making process. First, a few thoughts from some of today's most brilliant designers about their general design philosophy:

My design philosophy with regard to books is that a good cover design should use an appropriate piece of art combined with well-designed typography, to illustrate a concept or idea from the book--not necessarily a literal moment--which will give hints to the potential reader about the story inside, and which can also be interpreted in multiple ways. The first goal of the cover is to be seen as an object and wanted, but the real intention is for it to become a part of that relationship between story and reader, and to stay there even once the book is finished.

An artwork/book cover must attract one's attention in the marketplace. Sometimes with a scream. Sometimes with a whisper. It could interpret or comment upon or simply hint at the content. There are no rules (for I have absolutely no training in the arts) and there are no limits. A cover is not only a window into a book's world but also into my own. My people, my relationships, my literature, my music, my cinema, my food, my dreams and my nightmares have resulted in me, a specific personality. And elements of this personality are allowed to find their way into everything I create.

My general design philosophy is to serve the work. As a book jacket designer I am constantly trying to create an honest visual representation of the book. So many things can get in the way of that--sales, marketing, even the author. Sometimes it happens that you have to create a cover for a book that will sell, regardless of whether or not it has anything to do with its contents. That is always the hardest thing to do. When it happens that I get to design a cover that's both true to the book and a great design, I'm thankful.

I approach each cover design as if it were a "small manifesto," one whose goal is to communicate to the potential reader that this book contains something that concerns him directly. The second goal is to distinguish the cover in question from every other cover. We address the first question by individuating the most appropriate language. By "language" I mean the language of signs. In the choice of a particular sign, we posit our response to the first goal. The problem of making each cover stand out from others is more complicated. The solution lies in carefully studying what is currently out there. At certain times, color dominates jacket design, and so a cover that is pure white is likely to stand out. At other times, covers with an abundance of design particulars are predominant, and the intelligent choice in terms of visibility may be a simple, pure design.

The first thing I always do in designing a book cover is to gain a deep understanding of what the book is really about. Ideally it's good to design the cover after developing the design of the book's interior, as the cover should reflect the interior. The cover shouldn't describe the book; it should represent the book. And we shouldn't forget that the cover should also sell the book. All the physical and graphic aspects of a book, the paper, the typography, even the color of the headband (that bit of cloth we see where the pages meet the binding) should all operate in concert.

A good book cover is an abstract idea--something that gets people to pick the book up in order to find clues as to what it means. When I'm designing a book I try to read the entire thing instead of relying simply on press sheets. For my process--when I haven't been assigned artwork to use--that's the only true way I can understand what the cover should convey. I try to collect an overall tone from the book and find a way to give that a face--sometimes using literal elements from the book, and sometimes just hinting at things in order to leave them open to interpretation.

When designing a book cover, I have six ideal goals: 1) A cover should communicate the book's content, be that the story or simply the mood. Reading the book first is important. 2) The graphics should convey only one conceptual statement about the book, which should nest neatly with the imagery. Avoid graphics with no conceptual reason for being. 3) Cover text should be cohesively incorporated into the imagery. 4) The cover should attract those who'll enjoy the book once drawn in. 5) The cover should stand out amongst many books from across a room. 6) The cover should satisfy the client I'm designing for and the author of the book. 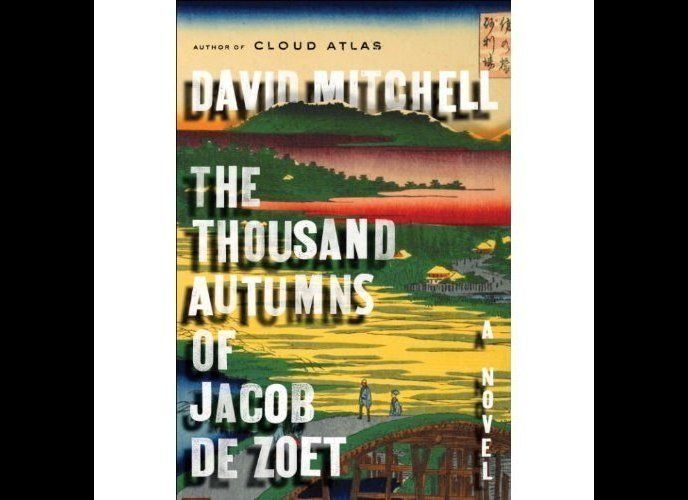 1 / 25
David Mitchell, 'The Thousand Autumns of Jacob de Zoet' (Random House)
<strong>Jacket Designer Lynn Buckley tells the Huffington Post:</strong> This historical novel focuses on the only bridge of contact Japan had with the outside world in the 18th century: trading with the extremely corrupt Dutch East India Company. I began by researching bridges depicted in the gorgeous Japanese woodcut prints from this period, and discovered that these now highly prized prints were then so commonplace, they were used as protection for shipping goods to other parts of the world. Perfect image for this book! I wrapped a book with a photocopy of a print, as if it was being shipped; and then photographed it. Unfortunately, that idea made the design much too complicated. So I used the art as is, but played with cutting the print and layering it with old woodcut type--to suggest the layers of intrigue in the novel, and to suggest the very modern way Mitchell writes. I can only hope the cover might bring new readers to David Mitchell, whom the <em>New York Times</em> called "a genius."