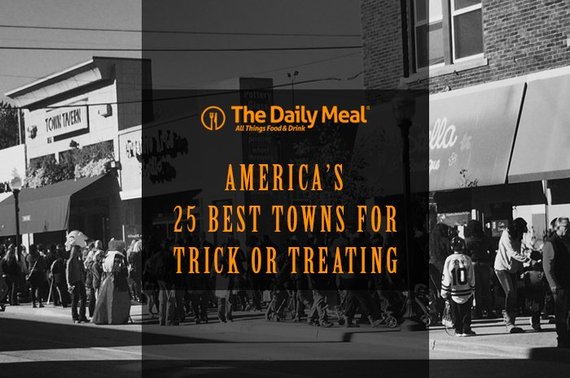 These towns know how to get into the true spirit of Halloween!

Cities and towns across America have unique traditions for every holiday on the calendar, from Fourth of July fireworks to Winter Solstice festivals. Halloween, in particular, is the time of year when communities combine their creative geniuses to produce the spookiest, creepiest, and most festive events possible. It isn't simply about finding the perfect costume and collecting the best candy. What makes Halloween magical is the excitement generated by locals who take the time to decorate their homes and the various civic institutions where festive events are staged for the occasion.

The anticipation builds all October long, culminating on Halloween night with trick-or-treating, creepy haunted houses, and spooky soirées. Everyone holds memories of these Halloween traditions dear --and almost everyone is positive that his or her hometown does Halloween best.

We wanted to find out which towns really are on top when it comes to making amazing Halloween memories. For the second year in a row, then, The Daily Meal has compiled a list of the best trick-or-treating towns in America.

We began our search for America's top 25 spots by looking at the country's most family-friendly towns. After identifying at least one such town in every state, we narrowed the list according to relative safety, calculated according to crime rates and number of registered sex offenders in each municipality. Next, we looked at each town's scheduled community events around Halloween, from fall festivals to community parties. Finally, we looked at each town's Zillow "walkability rating" to determine which would be the easiest for little trick-or-treaters to navigate. Our top towns were those with the best longstanding Halloween traditions, as well as the highest safety and walkability ratings.

Our list differs from last year's in several ways. First, when going through the most family-friendly towns in America, we looked at the top 80 towns this year, compared to just 50 last year. This broadened the scope of the cities we considered, making for a more comprehensive list. Secondly, last year's list did not evaluate each town's walkability rating. Adding this factor allowed us to truly determine which towns, among the safest and most festive, are most accommodating to trick-or-treaters.

Given these changes, six out of last year's 13 towns did not make it onto our list. Of the seven towns that were included, some fell in the ranking. For example, last year's #1 town, Cornwall, comes in at #8 this year. We also saw some regional differences this year. Michigan seems to be particularly trick-or-treating friendly, with three of our 25 cities coming from the Wolverine State. While the distribution of towns across the country was fairly even, the East Coast came out on top with one each of the trick-or-treating towns coming from Connecticut, Pennsylvania, Massachusetts, New Hampshire, New Jersey, New York, and Vermont. 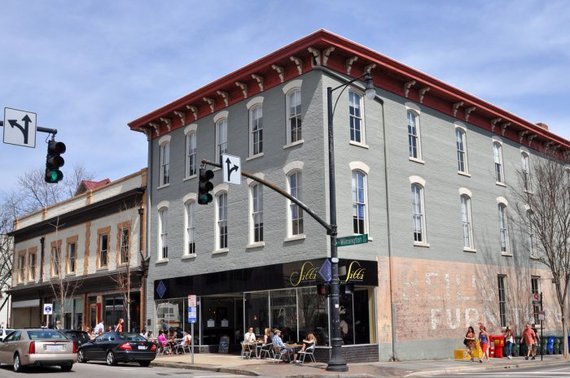 This town offers ghost tours and a sneak peak into a real haunted house.

This year, we kick off our list of the top 25 trick or treating towns with the city of Raleigh. The city celebrates Halloween with its Peg-Legged Ghost Haunted House and Tour. Ghostly guides take guests on a winding tour through downtown Raleigh, telling creepy tales of the spirits that haunt various landmarks. The guided portion ends at the Holman house, an eighteenth-century home, where those who dare to enter can make their way through the spine-chilling haunted house. Afterwards, trick-or-treaters can indulge in candy and warm up with hot chocolate or spiced cider.

This town gets the whole community involved on Halloween night.

Families in New Boston kick off their Halloween festivities at the community Trunk or Treat and costume party. Residents and business owners park their cars in the town hall lot and hand out candy and prizes to the costumed trick-or-treaters. Afterwards, little ones can collect even more candy inside the Old Engine House. Plus, for just $3 kids can enjoy a light dinner from the "Creepy Café" so they don't overdo it on their candy romp around the neighborhood.

On the second Saturday in October, families in Elmhurst, Illinois head downtown for the city's annual Fall Fest. In addition to pumpkin carving and painting, activities include storytelling, pony rides, a petting zoo, and a moon jump. Everyone is welcome to come out and show off their cutest and creepiest costumes. The event ends with trick-or-treating at local businesses and a discussion about staying safe on Halloween night. Kids roam the festively decorated neighborhood for treats from 3:30 to 7:30 p.m. on Halloween. 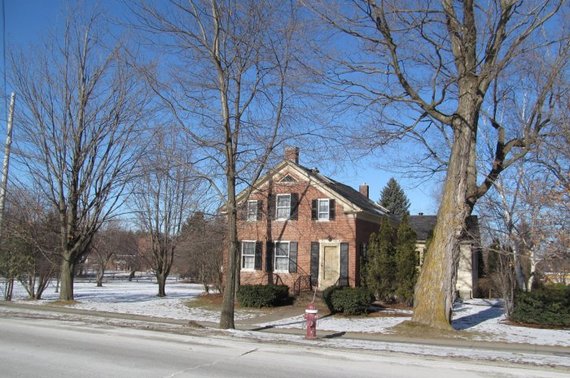 For 35 years, Williston has hosted the Haunted Forest, which combines ghostly outdoor theater, stunning special effects, and the magic of a moonlit forest. Mysterious guides lead guests through the forest's paths, which are lit by over 1,000 glowing jack-o'-lanterns. Guests encounter fascinating characters and witness humorous and horrifying Halloween-themed performances. Children under eight years old are encouraged to attend a less spooky but equally thrilling matinée show the Saturday before Halloween. 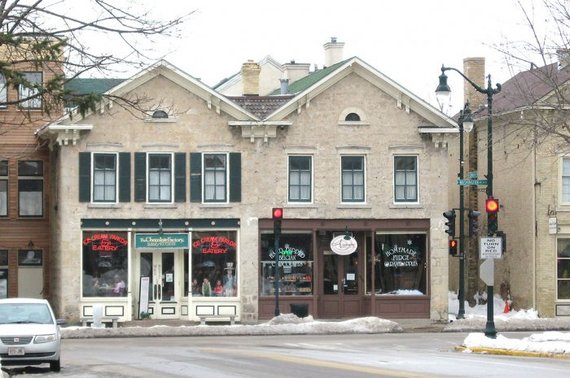 Though this town fell from #5 on our list last year, Halloween remains a community event for the folks of Cedarburg. On Halloween night, residents take their skillfully carved jack-o'-lanterns for a stroll to the city's main street and line them up along Washington Avenue for a spooky lighted Pumpkin Walk. Local businesses open their doors to trick-or-treaters at 5 p.m., and kids are free to roam the neighborhoods until 8 p.m. 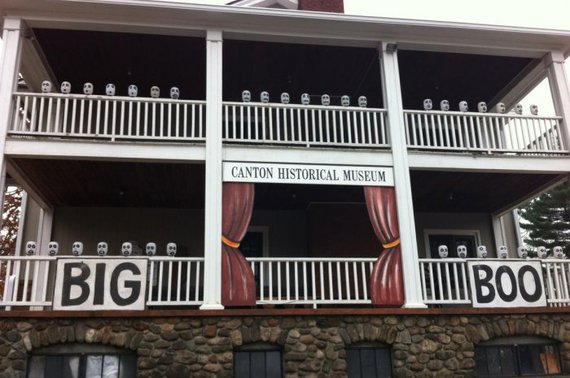 For over 20 years, the Halloween parade in Canton's Collinsville section has kicked off from the Canton "Hysterical" Museum's porch. This small Connecticut town's resident ghost, Boosolini, leads the procession. The haunting sound of a pipe organ, various forms of ghoulish entertainment, and a cannon shooting off flying ghosts and treats add to the spooky ambiance. The evening ends with the Collinsville Judges' search for the crowd's scariest, most original, and funniest costumes. Canton may no longer hold our #2 spot, but it certainly continues to provide festive fun for its residents and visitors.

Have we left out your town unfairly? We would love to hear from you. Email us at info@thedailymeal.com making your case for why all trick-or-treaters should be jealous of your hometown and we'll consider it for next year's list!