Although I wanted daughters my whole life, I ended up having two awesome boys instead. I've always been a bit of a guys' girl, so, in the end, someone knew better than I did.

But coming from a family of all girls, I was really scared when I found out I was carrying a member of the foreign male species, cuz I didn't know nothing about raising no boys.

So I went on a mission asking every mother I knew for advice. And here's what those lessons boiled down to:

My first reaction was ain't no hussy gonna walk up in my house and take my boys away from me!

Then I thought (or maybe my husband said), "That might not be a great way to start."

And since realistically I'm unable to lock them up in the basement for the rest of their lives (only because we don't have one), I came up with another, more long-range plan:

Help make him the kind of man she'll love me for.

1. Teach your son to respect women as equals, or better yet, as superior beings.

2. Help him learn to listen, not just hear.

3. Make sure he knows how to cook, clean and change a baby's diaper -- and that he understands none of this is "woman's work."

4. Make him do something he's not good at. Make him finish it.

5. Plant deep within him the knowledge that showing affection is a sign of strength, not weakness.

6. Help him learn that no matter how old he gets, he can still find joy in playing.

7. Show by example that a wife and mom has the right to her life outside of those roles -- a career, hobbies, volunteering, whatever fulfills her.

8. Make sure he knows how to be by himself and be OK. Teach him about "me" time -- and that everybody deserves a little.

9. Teach him about perspective, and how sometimes a small shift can change everything.

10. Show him you can be counted on so he knows he deserves a woman who'll always be there for him.

11. Don't rescue him from every little situation. Let him figure out how to stand on his own two feet.

12. Teach him that kindness wins.

13. Show him how to march to the beat of his own drum. Take off your shoes and dance along in your bare feet when he does.

14. Raise a man who stands up for the little guy.

15. Teach him that real men wear pink. There's nothing like a man who's confident in who he is.

16. Show him that marriage is a garden that needs tending forever.

17. Teach him teamwork -- and to give credit where credit is due.

18. Help him to see not just the big things, but also the small things that others do for him, and to show his gratitude willingly and often.

19. His first dates should be with you. Teach him how to treat a real woman -- and how he should be treated by one in return.

20. Help him learn to be more than tolerant --to embrace differences. How boring we'd all be if we surrounded ourselves with people just like us all the time.

21. Teach him to be both a gracious winner and loser.

22. Make sure he appreciates the sounds of others' voices at least as much as he likes the sound of his own.

23. Expose him to the farthest corners of our world to the best of your ability, even if that means in books and in your own kitchen.

24. Teach him tenacity. Perseverance is far more than half the battle.

25. Help him learn what it means to be emotionally intimate -- how to talk about feelings and to support and be supported by the people he loves.

26. Make sure he knows that he's loved beyond measure.

I may not always live up to the high standards I've set for myself. But I'll easily accomplish #26 every hour of every day -- and nothing is more important than that.

So line up, little ladies. Get out that rainbow loom and whip up a promise bracelet as fast as you can. Because someday my boys will stop pretending to be heroes and actually become them. You're gonna want to be first in line. 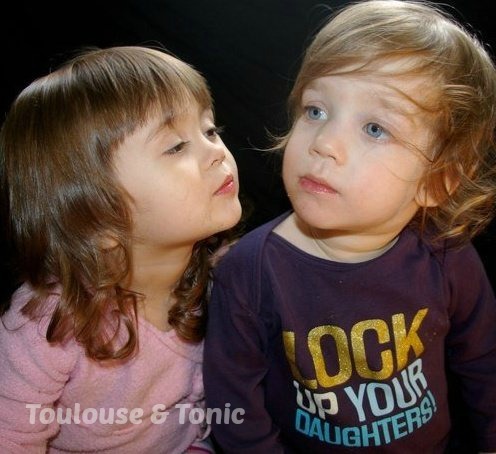 More:
boyssonsRaising BoysMotherhoodParenting
Newsletter Sign Up
Raise the kind of person you'd like to know
Subscribe to our parenting newsletter.
Successfully Subscribed!
Realness delivered to your inbox