LONDON, Jan 21 (Reuters) - A 29.6 carat blue diamond, one of the rarest and most coveted in the world with a possible price tag of tens of millions of dollars, has been discovered at a South African mine by Petra Diamonds.

The miner said the "exceptional" acorn-sized diamond, small enough to fit into the palm of a hand, was unearthed at the Cullinan mine near Pretoria.

The mine, owned by the firm since 2008, was also where the Cullinan Diamond was found in 1905 - described as the largest rough gem diamond ever recovered and weighing 3,106 carats.

Other notable diamonds found in the mine include a 25.5 carat Cullinan blue diamond, found in 2013 and sold for $16.9 million, and a diamond found in 2008, known as the Star of Josephine, which was sold for $9.49 million.

"By some margin ... this is probably the most significant stone we've ever, in terms of blue stones, recovered," he said.

"The stones in the last year or so are selling well above $2 million per carat. That's not my quote, that's updates in the market," he said ahead of the company's first-half trading statement.

Petra Diamonds is due to release figures on production and sales for the six months to Dec. 31 on Thursday, but these will not take into account the find which occurred in January.

Analyst Cailey Barker at brokers Numis thought the diamond could fetch between $15 million and $20 million at auction.

Diamonds from both the Cullinan mine in South Africa and the Williamson facilities in Tanzania, both owned by Petra, have been displayed at London's Buckingham Palace and are regarded as among the rarest and most valuable in the world.

The 1905 Cullinan Diamond has been cut into two stones - the First Star of Africa and the Second Star of Africa - and form part of Britain's Crown Jewels held in the Tower of London.

Dippenaar said the company would decide what to do with the diamond in the next week. 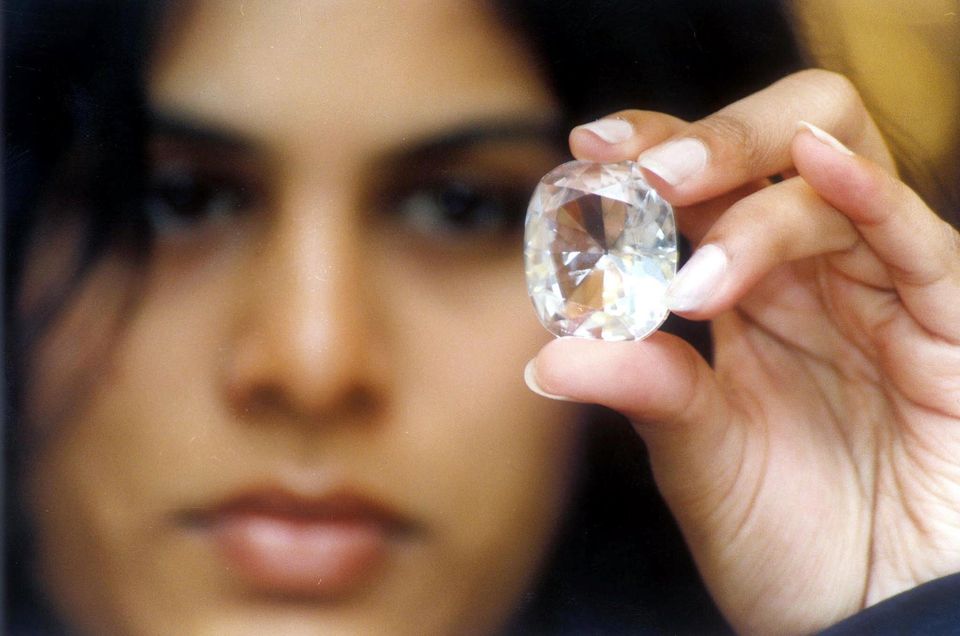 1 / 6
Executive Director of Jewels de Paragon (JDP) Pavana Kishore shows the 'Koh-I-Noor' diamond on display with other famous diamonds at an exhibition intitled '100 World Famous Diamonds' in Bangalore 19 May 2002. The Koh-I-Noor diamond, which once belonged to Mughal Emperor Shah Jehan, weighs 105.60 Carats and is part of the British crown jewels, stored in the tower of London. (STR/AFP/Getty Images)
Getty Images