A fossilized, 298-million-year-old forest has been found under a coal mine near Wuda, in northern China. Like the Roman city of Pompeii, the 10,763-square-foot (1,000-square-meter) peat forest was preserved by ash spewed out by the eruption of an ancient volcano.

The remarkable find--to be described in Proceedings of the National Academy of Sciences--gives a "snapshot" of the climate and ecology at the time of the eruption. It was the result of a collaboration between University of Pennsylvania paleobotanist Hermann Pfefferkorn and Jun Wang of the Chinese Academy of Sciences, Yi Zhang of Shenyang Normal University and Zhuo Feng of Yunnan University.

Those sentiments were echoed by Robert Gastaldo, a paleobiologist at Colby College in Waterville, Maine.

“This is a wonderful study,” Gastaldo told Nature. “Many of these plant groups we knew from other places, but we had no idea that they actually grew together.”

Check out artist Ren Yugao's paintings of the ancient forest. The scientists worked with Yugao to accurately capture how the sites looked at that time. 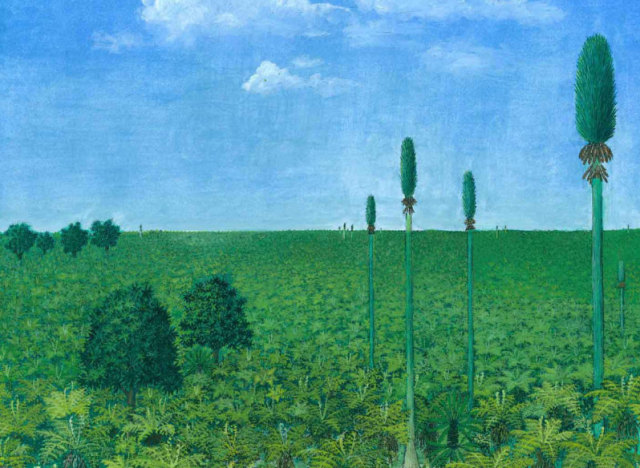 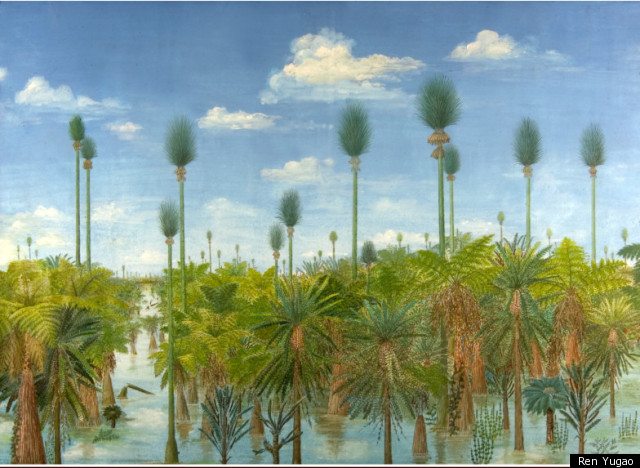