With many Asian countries considered as emerging markets and forces to be reckoned with, many investment opportunities have been presenting themselves to many foreign investors. Although countries in Southeast Asia haven't had that much success in their economies for the past years, the recent years witnessed various economic growth in Asian countries, particularly in Southeast Asia. 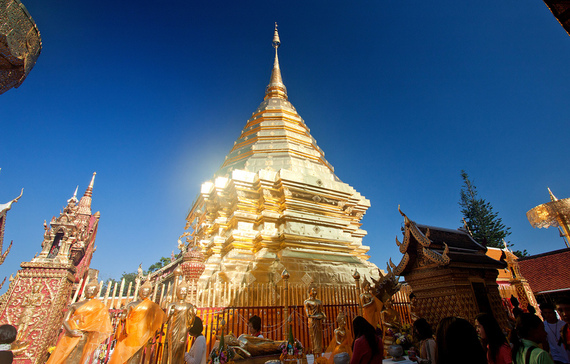 In fact, the whole ASEAN region's economy grew by 4.7% last year and expected to continue the momentum in the upcoming years. This was due to the swift growth of the Philippines, Thailand, and Vietnam whose economies grew significantly during the last year. In 2016, the ASEAN region is expected to grow by 4.6% and 4.8% by next year thanks to the individual performances of each country.

With these figures, Southeast Asia is definitely a great place to invest, especially in property. With the economies in South East Asian countries growing, you can tell that property will also be appreciating since tourism is also booming. Now will be the best time to start scouting and buying. Here are some of the best cities in Southeast Asia to invest in real estate.

Chiang Mai is one of the cities in Southeast Asia with blooming potential since 2011. Chiang Mai is in fact a very beautiful city that a lot of people may want to retire in. The lifestyle of the city is not as fast paced when compared to other cities such as Bangkok and Pattaya, making it a very liveable city and one of the world's best places to live and retire.

Even though this city runs at a slower pace, this doesn't mean it is without modern infrastructures like in the capital. Chiang Mai has the biggest number of shopping malls next to Bangkok which is a very big attraction to shoppers both locally and internationally. What makes things even better is that the cost of living in Chiang Mai is low. You can buy property in Chiang Mai at a very low price and still get a high annual yield.

Since Bangkok has already been saturated with regard to population, many locals and expats have been moving to other regions of the country to live in. With Chiang Mai as one of the best choices, both local and foreign investors have started moving over to Chiang Mai to look for property. The biggest foreign investors in Chiang Mai property are actually the Chinese from mainland China.

Chiang Mai is definitely one of the best cities to buy property these days. As Simon Bradshaw, director of Perfect Homes said that, "This just proves that, as we have said before, people are willing to pay for quality. Without a doubt, the quality of projects in Chiang Mai, both in terms of design and finishes, has improved greatly over the last 2-3 years".

With this much growth and potential, investors can be sure that their investment in Chiang Mai properties will be very profitable and foreigners could own their condo outright - 100%, freehold at that! Take a look at this condo for ฿999,000 near the Chiang Mai Airport for example (that's less than $30,000 USD). This is definitely what makes Chiang Mai the best place in South East Asia for real estate investments.

Another great investment hotspot in Southeast Asia is Kota Kinabalu. This city is one of the fastest growing ones in the region. What makes it a great place for investors are the natural attractions. Along with recent developments, the city can expect to see more tourists coming in because Kota Kinabalu or KK for short, is like a combination of a city and a town. The shopping is great, the attractions are beautiful, and the lifestyle is not as fast paced as in the capital city, Kuala Lumpur. This is great for foreigners looking for a nice vacation.

On the side of the investors, new real estate projects are springing up everywhere in the region. This is to cater to both locals and foreigners who are interested in buying units or apartments in this ripe city that is full of potential. Cost of living is also quite low here so you can buy a unit or apartment for just a low price and expect a good return of your investment. Plus, it's one of those great places to watch the sunset!

Just like Kota Kinabalu, Davao city is one of the fastest growing cities in the entire region. As compared to the capital city of the Philippines, Manila City, Davao city is not yet as saturated which means there is room for growth, especially in the property market. The city government is very much active in developmental projects and infrastructure which will attract more investors to join in, both local and international.

Also, Davao has a very low cost of living since it started out as a simple provincial area before modernization started. With this, property in this area is still very cheap and great for investors. Furthermore, Philippines is reported to have the highest yields for property investments in the ASEAN. With both affordable prices as well as high yields, investors can easily tell that Davao is a great place to invest in property right now.

These are some of the best places in Southeast Asia to invest in property. When investing in property, it's always good to choose places that have have high potential for growth. These three cities in Southeast Asia have the best growth opportunities because they have low cost of living, great attractions that can attract both local and international tourists, and a lot of new real estate projects that have very high yields.