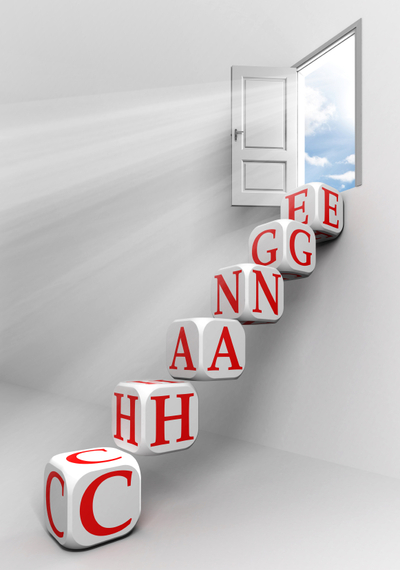 Recently, Justin Bieber has been making headlines again, not for stripping down to his boxers or smuggling illegal monkeys or drinking and drag racing, but for something you'd think we could all rally behind: apologizing. "I've lost some of my best qualities. For that, I am sorry," he said during the finale of his Comedy Central TV roast, looking contrite. "I'm looking forward to being someone who you guys can all look at and be proud of."

Reception has been mixed, mostly because some people doubt the sincerity of his efforts, but his attempts, as well as the skepticism surrounding them, have highlighted a truth that resonates for us all: It's really hard to change.

That's because there are powerful forces, both within us, and outside us, that often hold us back and we need to know what they are -- and how to tackle them. Three of the biggest:

Our Problems Often Protect Us. In the movie The Shawshank Redemption, the inmates become so accustomed to the constricted lives they live behind bars, that they have no idea what to do once they're released. They have so little experience making choices, such as how to cross a busy street or find new friends or plan their day, that once free, they feel utterly lost. As inmates, they never had to face new decisions -- or the fear that often attends them.

We all build familiar prisons as protection. The quiet man is drawn to women who call the shots, in part because he, too, doesn't know how to make his own decisions -- and with controlling women he never has to. The braggart continues to strut about not just because he's afraid he'll lose his audience if he isn't always on, but because he has no clue how to be authentic -- and his "friends" probably don't either. The only way any of us can escape our self-made prisons is to actively and intentionally practice new behaviors that are sure to make us deeply uncomfortable at first.

If we're unused to expressing opinions, we have to test out, however awkwardly, asserting ourselves; if we hide vulnerability behind posturing, we have to learn to share sadness or fear; if we've lived life too cautiously, we need to experiment with acting spontaneously. It's disorienting and we'll feel tempted to fall back on old ways, but we have to stay the course and stumble through.

Other People Might Not Want Us to Change. For a woman trapped in relationships with selfish friends or lovers, finding her voice is no easy matter. She can practice assertiveness skills ad nauseam. She can search her soul and finally discover what she truly wants. But her friends and loved ones might need her to remain quiet for their own reasons. The self-sacrificing woman inevitably nurtures relationships with friends, lovers or colleagues who don't want to hear her needs. They probably don't even know how to meet them. So when she finally asserts herself, saying she's tired and can't stay up until 2 a.m. helping with their latest "crisis," they look away in confusion or disappointment -- or worse -- they get angry. And then she falls silent again -- and stays up anyway.

This is how we build our own prisons again and again. We read the predictable resistance to our attempts to improve ourselves as punishment for doing the wrong thing, instead of seeing the backlash for what it truly is -- the inexorable pain of growth. Including the pain, sometimes, of outgrowing old relationships.

Some people can accommodate your changes -- and some can't. With the ones who can't, you might have to move on. If your efforts to improve are sincere and consistent (talking to you, Biebs), you'll find that some people are delighted to meet the new you.

Your Old Self Will Fight Back, Hard. Our personality ties us to the people in our lives, and since most of us don't want to be alone, our old self never gives up without a fight. Writing yourself off as needy, for example, is convenient for friends or loved ones who cringe in the face of any kind of vulnerability -- sadness, anxiety, guilt -- so it becomes a way of keeping them close.

So powerful is the tug of the old self that self-loathing people often go out of their way to avoid supportive friends or partners; they'll even dodge caring spouses in favor of people who consistently put them down. They don't enjoy being hurt. They just don't know how to be close to someone who's nice. So they slip back into relationships that confirm their old story of who they are: unworthy, flawed, or broken. We'll nurse the darkest thoughts about ourselves if they protect our need for connection

The only way to push through all this is to prepare for the fight: The old "you" aggressively seeks out experiences to keep itself alive. You need to recognize, for example, that your queasiness around that cute guy who actually returns your calls isn't bad chemistry; it's your insecure self, making you a magnet for unreliable men who enjoy playing with your heart (and dismissing your pain as "neediness"). You need to resist the urge to flee the caring, self-confident date you met last night and know that it's your "rescuer" self, preferring to trap you with someone you need to fix. And you need to admit that your aversion to that woman who doesn't laugh at every single one of your jokes or fawn over your looks is your old arrogant self, looking for the perfect groupie instead of a real partner. Only when you've learned to resist the pull of the old self can you explore who you really are.

Then you'll truly be free and proud of yourself.

If you like my posts, let me know! Let's connect on Facebook and Twitter. And be sure to sign up for my newsletter, for more tips and advice, as well as information on my forthcoming book, Rethinking Narcissism: The Bad--And Surprising Good--About Feeling Special, devoted to understanding and coping with narcissism in all its forms, in our friends, lovers, colleagues-and even ourselves. Harperwave and Harper UK, July 2015.