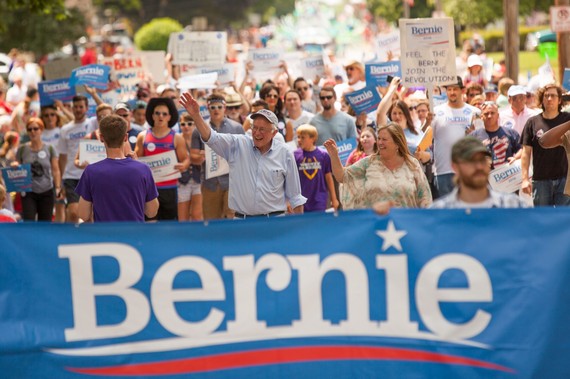 Bernie Sanders will be the next President of the United States, due in part to three big factors that have nothing to do with him. Full disclosure: I love Bernie Sanders. He's a statesman and seems like a good person, if not the best singer. As a fellow "loony liberal," I've admired him for years, but I would never have expected him to be doing as well as he is now. And while I'm clearly in the tank for him, here's what I think is going to make Bernie's unlikely presidency a reality: 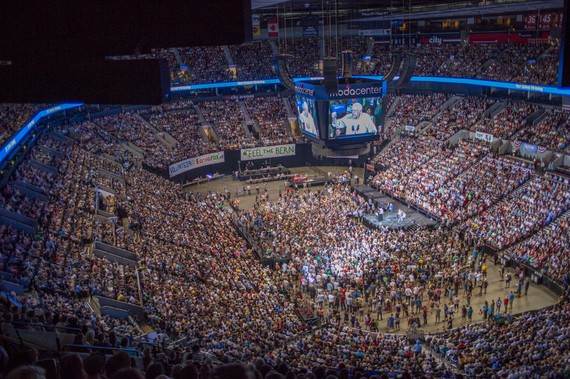 Sanders is practically untouchable in this perfect storm of a political environment. He's not backed by billionaires, he's bulletproof against the epithets conservatives throw at the Left, and he doesn't need campaign advisors to steer him into the stances the vast majority of Americans already believe. He's a sleeper agent for a progressive policy revolution that could save capitalism from itself. Neither the RNC or the DNC took him seriously, and maybe they still don't, and that's fine. Voters do.

Thanks in no small part to our pop culture icons in comedy, film, and entertainment, our country has slowly moved a good mile to the Left over the last decade, while Washington's only taken a few steps after us. Over 70 percent of Americans support taking action on climate change (New York Times/Stanford University: 77 percent), running background checks on ALL gun sales (Quinnipiac: 92 percent in 2014), enacting strict campaign finance reform (Gallup: 76 percent in 2001), raising the minimum wage (Gallup: 76 percent in 2013), policing Wall Street (Lake: 73 percent), and allowing undocumented immigrants to stay (Pew: 72 percent). 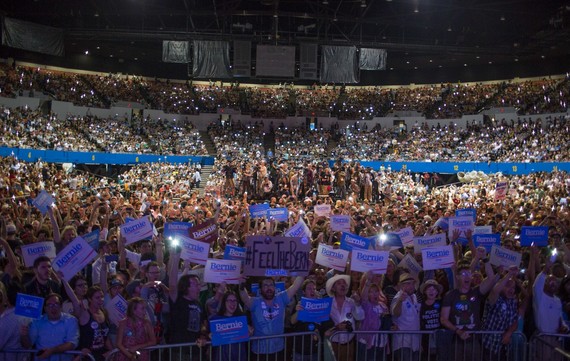 Other candidates will run against these issues and may gather the folks who disagree, but if Americans actually show up to vote we will win. Republicans only win when voter turnout is low (which is why they try to keep it that way). And keep in mind, when turnout is high, down-ticket races also go Democrat, too. So let's get our Congress back, and upend some state legislatures who've spent the last four years fighting against the right to abortions even in circumstances over 70 percent of Americans support (Gallup: 78 percent). So let's nominate a candidate who's on point for our issues and is rallying the most passionate crowds for our causes. On a graph of Democratic Thought, the line of sensible policy is finally converging with the line of popular opinion.

Are you ready to find out what this country looks like when it actually represents its citizens? I am. 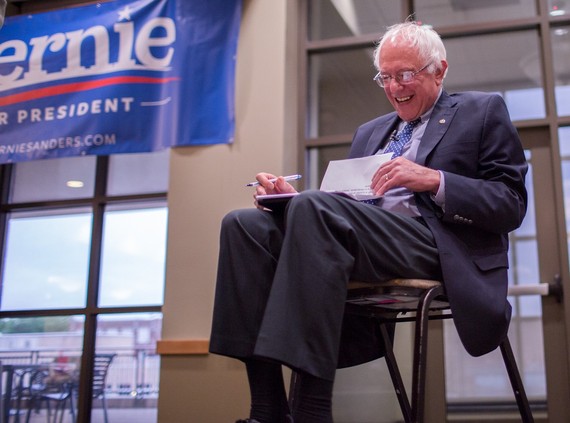