If you are part of the autism world, you have probably heard about ABA, but it might not be what you are expecting.

At Autism Family Center, we work with a lot of families who are seeking out Applied Behavior Analysis -- better known as ABA. When we receive our first phone call, most parents tell us that they've been recommended to ABA by friends, teachers, doctors, etc. Yet most parents do not know what to expect; and many parents anticipate that ABA may not be right for their child.

We commonly hear, "My child won't respond well to sitting at a table for extended periods of time." Some even fear that ABA appears as though therapists are "training" a child through intensive drilling exercises. We understand where this uneasiness comes from. And we are here to clear up some rumors! 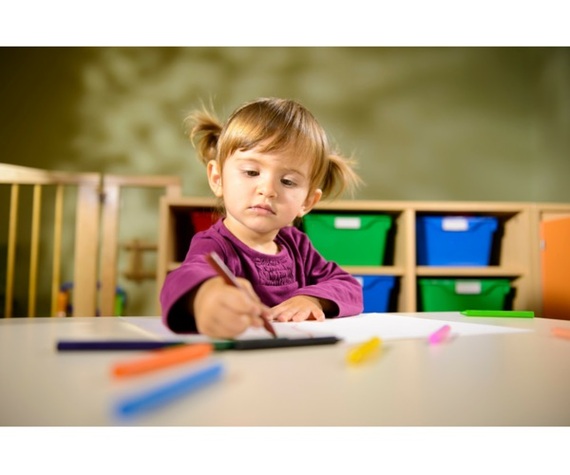 1. ABA consists only of "drilling" exercises done at a table.

A common misunderstanding among parents and practitioners is the assumption that Applied Behavior Analysis, or ABA, is only comprised of discrete trial training (DTT). Some refer to DTT's presentation as "drilling." What this means is that there is a presentation of a request or demand (a discriminative stimulus), a response from the client following the demand, and the presentation of a reinforcing stimulus. DTT trials are often short, structured periods devoted to a task followed by brief breaks. Longer breaks are typically provided at the end of the hour to encourage generalization activities. This process is repeated over and over in order to help build the behaviors in a client's current repertoire into more complex behaviors.

Although DTT is a part of ABA, there are treatments such as Incidental teaching, Pivotal Response Therapy, and others. According to Hart and Risley (1975) incidental teaching is a process whereby language skill of labeling and describing are learned in a naturally occurring adult-child interaction. Findings by Aubyn Stahmer in 1995, stated Pivotal Response Training (PRT) aims to increase motivation while teaching various skills and includes turn-taking, reinforcing attempts at appropriate responding, and allowing an individual to choose activities (p. 125).

2. The benefits of ABA can be seen no matter how often my family participates.

The Behavior Analyst Certification Board suggest a comprehensive ABA treatment program should range between 20-40 hours of direct treatment a week; this will increase or decrease depending on the availability of the client as well as the needs and goals determined. At first the amount of hours proposed may seem daunting, but we should keep in mind that time away from therapy can cause individuals to move further from desired goals.

This may seem like an impossible amount of time. Remember, though, that ABA is often done in the natural environment. This means that ABA can occur at home, in school, or out at community activities. ABA can be incorporated into an already existing routine but it does involve dedication.

3. I will see progress in my child right away.

Correctly implemented ABA interventions can help individuals make significant gains in relation to daily functioning. Progress does not always come quick, but instead depends on a multitude of variables, such as: the client's age, level of functioning, caregivers involvement, goals, and others. Progress can be seen right away or it can take weeks even months of very hard work.

Studies suggest that preschool-aged children with autism involved in behavioral intervention programs occurring at 20 hours per week can achieve significant improvements in cognitive and functional domains. Weinmann, Schawrz, Begemann, Roll, Vauth, Willich, and Greiner (2009) concluded that interventions based off of the Lovaas model have the highest effectiveness.

These are just some of the myths circling the Internet right now. If you have other questions about Applied Behavior Analysis (ABA), emails us directly or post them in the comments to start a dialogue about what ABA is really like.

Co-Author, Jon Cardenas: Jon Cardenas is a Lead Behavior Analyst at Autism Family Center in Chicago and the northern suburbs. Jon has a Masters in Applied Behavior Analysis from the Chicago School of Professional Psychology and is eligible to sit for the LPC. When Jon is not spending all day in the car, he likes to sit next to a body of water and fish all day. He's learned that as much as he likes fishing, it's more about the peace and quiet.