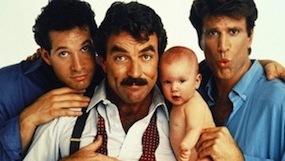 So now that Smokin' Hot Fest 2013 has died down somewhat, I figured I'd deliver on my promise to talk a little bit more about the theological root of the demeaning, misogynistic evangelical fruit that I surveyed in the first post on the topic.

It's time, you guys. Time to talk about complementarianism.

Well, yes and no.

Really, complementarianism describes a biblically derived complementary view of gender roles in marriage, home and church. That is, each gender -- male and female -- is different from the other, with different roles to play in these particular spheres of life; but each role is not "better or worse" than the other. Instead, each role complements the other! It's all good, homeboys and homegirls (so long as both the homeboy and homegirl in question each stay within their particularly defined roles). Yet, as these roles are unpacked it becomes clear that there is not just gender diversity but gender hierarchy at work. Men are uniquely called to take the "highest" leadership positions in both the home (head) and church (elder/pastor), and women are called to other "lower" tasks that generally imply submission to male leadership.

The Council on Biblical Manhood and Womanhood are the current Christendom guardians of the complementarian worldview (in North America at least) and they sum it up rather nicely in these first points of their audacious-sounding "Danvers Statement":

We have been moved in our purpose by the following contemporary developments which we observe with deep concern:

1. The widespread uncertainty and confusion in our culture regarding the complementary differences between masculinity and femininity;

2. the tragic effects of this confusion in unraveling the fabric of marriage woven by God out of the beautiful and diverse strands of manhood and womanhood;

3. the increasing promotion given to feminist egalitarianism with accompanying distortions or neglect of the glad harmony portrayed in Scripture between the loving, humble leadership of redeemed husbands and the intelligent, willing support of that leadership by redeemed wives...

Before one can even scratch down to the content, there is something striking right here on the surface: antagonism. While complementarians are generally self-consciously biblical in their argumentation -- beginning with creation in Genesis and plodding their way through the propositions of Paul -- this opening statement deals with a decidedly cultural battle. It is antagonism toward the "contemporary developments" of "feminist egalitarianism," etc., that has moved the men of Danvers to make a statement. And that's why it has become my conviction that the complementarian worldview, as it currently stands, is far more political than theological.

That said, I used to be a complementarian. My complementarianism even blossomed in half-hearted public "hot wife" talk in order to be one of the guys. It was part of the young, cool conservative evangelical package, and I was playing my "gender role."

As such, I've seen a spectrum within the complementarian school of thought. There's some nuance here. So without further ado, I want to introduce you to three complementarians, who differ in their particular perspective and delivery. Like the "three men" represented above, they all hold onto a strongly defined maleness, with much proverbial hair on their proverbial chests (though one of them is a little bit more like Steve Guttenberg).

1. The Conservative Complementarian (or, the Selleck)

This guy was one of the Danvers men, and he stands for everything conservative and culturally/politically antagonistic about the complementarian position. For him, the goal is to produce statements, white papers and apologetics against the evils of feminism, egalitarianism and "gender/women's studies." The Bible's black and whiteness on this issue is beyond dispute for this khaki-and-polo wearing stud, and while he may not tweet about his smokin' hot wife, he will intentionally suppress her both at home and in the church. (His wife will be inculturated enough to believe that she wants this kind of demeaning submission and stifling restriction.) And, when men in his church emotionally and physically abuse their wives, he'll discourage law enforcement/court involvement/professional counseling, and simply "bring it to the elders" (see here and here).

2. The Cool Complementarian (or, the Danson)

This guy LOVES tweeting about his smokin' hot wife. Because he's clear about what men and women are and do in their very different roles, he knows that women like to look hot and to have their husbands tell 8,000 Internet followers they look hot every freaking date night. And he knows that his wife's "nagging" at home is a problem and she needs to learn to submit and respect him. In fact, it's also getting to be a problem that she isn't "available and awesome" enough for him in the bedroom. But no worries, a Song of Solomon podcast and a few more "hot" tweets should fix all that!

3. The Common-Sense Complementarian (or, the Guttenberg)

This guy is the redeeming quality of the complementarian worldview. I know this guy, and I respect this guy. He is theoretically on board with complementarian gender roles in marriage, home and church. But he is highly critical and super suspect of both the conservative and the cool complementarians. He makes no bones about the fact that his complementarianism is completely different from Mark Driscoll's -- because the stuff that dude says is CRAZY. His chastened, common-sense approach is theologically conservative/traditional but practically careful to affirm a baseline equality (he'll even use the word "egalitarian"). He respects his wife, and all women, and treats them as equals even if he can't offer them an elder position or Sunday morning sermon slot (he'll find every way around that, though, to empower women in the church). In the end, his actions don't create suppression or misogyny, per se; but he is yet connected to an overall theology that often does.

Now that we got our three men out of the way, let's talk about the baby.

OK, this is precisely where that metaphor breaks down. Forget the baby.

Instead, I want to briefly introduce the mutualist, the one who stands as a counterpoint to all this complementarian manliness. Mutualism may not have a Christendom guardian organization, nor even a theological Wikipedia page, but it is one way of identifying a growing Christian (and evangelical) perspective that makes a strong objection to the demeaning, misogynistic culture that complementarianism often creates. And the mutualist is self-consciously biblical, just like the complementarian claims to be.

The baseline belief is that the narrative trajectory of Scripture, both Old to New Testaments, summed up in Jesus and his gospel, speaks loudest of gender mutuality, not complementarity/hierarchy.

The examples of high female leadership in the narrative (from Deborah to Mary to Junia) are buoyed up by a much bigger theme: the oneness-equality of the genders in creation and new creation. We are all created in the image and likeness of God equally (male and female), all children of the creator-God equally. While sin and brokenness tamper with this unity (Genesis 3), the new creation in Christ super-affirms it:

So in Christ Jesus you are all children of God through faith, for all of you who were baptized into Christ have clothed yourselves with Christ. There is neither Jew nor Gentile, neither slave nor free, nor is there male and female, for you are all one in Christ Jesus. If you belong to Christ, then you are Abraham's seed, and heirs according to the promise (Galatians 3).

Further, this oneness results in a mutuality within the body of Christ as all submit to Jesus as Head and then to each other as equal members: "Submit to one another out of reverence for Christ" (Ephesians 5).

The mutualist believes that this gospel oneness manifesting in mutual submission to Jesus and each other, equally among both genders, is the guiding principle for all other questions regarding roles and callings. She is saying to her complementarian brothers that the monolithic categories of difference between gender roles for which they are arguing have been effectively wiped out by Jesus and his redeeming work of new creation. Now, everyone is free to be exactly who they are, as human beings, in Christ, as gifted members of the body of Christ, together!

Because mutualism is a basline biblical/gospel category, it embraces the beauty of egalitarianism and feminism. And in affirming all people being exactly who they are as human beings in Christ, it is also inclusive of differences in gender roles and callings as they are simply lived out and expressed. It even affirms complementarity, while denying hierarchy! The kind of "headship" in marriage, for instance, that Paul goes on to propositionally describe in Ephesians 5 is not regarded as a "bad authority thing" but rather a description of a husband's gifting in an already mutually submitted marriage (verse 21 comes before verse 22). Yet, the manifestation of this "headship" is not monolithic, nor are the particulars set in stone, for it is subject, again, to the narrative of new creation and gospel that resoundingly shouts out the mutuality of our oneness-equality in Christ.

The mutualist reminds us that her view is grounded in Scripture, so much so that it is not mainly a political or cultural signifier, as the statement of the Danvers men seems to be. She is painting a picture that is fundamentally non-antagonistic. She's saying, "Deborah happened! Mary is a thing! And Paul wasn't embarrassed that the Holy Spirit made Junia an authoritative apostle, leading men, just as he wasn't ashamed that the Holy Spirit fell on the Gentiles!" The hierarchy of gender roles has been wiped out, not by cultural feminism, but by God, and even the trajectory of Paul's letters flies unmistakably in the direction of full and equal leadership in the church among genders. She says with Scot McKnight: "I don't think the traditional complementarian view is biblical. I think it's anti-biblical."

But there's something else about the mutualist that everyone should know. As biblically rooted as she is, she has also generally been hurt by that same Bible in the past. She is familiar with the existential reality of pain inflicted by the unrighteous wielding of the Word, especially upon women and children. She's seen the abuse. She's seen the misogyny. She's been suppressed and demeaned.

And the Jesus she knows -- existentially, experientially -- simply cannot be OK with what she's seen.

The gospel simply has to be better news than all of that mess.

So, what do you think? Are you one of the three complementarians, or are you a mutualist? Or have I missed your "type"? Let me know!