Nearly every American family's refrigerator is plastered with our children's wonderful creations. Children relish "making" naturally. As we grow up, we lose some of this joy of creation, as economics favor purchasing mass-manufactured products over making them ourselves. This monetary calculation is changing.

3-D printers will become mainstream simply because of economics. In the process, they will change us into more sharing, more creative, wealthier and perhaps even happier people.

Recently, costs of 3-D printers plummeted with the introduction of the RepRap (short for self-replicating rapid prototyper), an open-source 3-D printer that could print most of its parts. Since then, hundreds of people have shared their variations of the technology and the innovation churn has become staggering. RepRaps can out-perform what $20,000 commercial plastic 3-D printers could do only a few years ago. 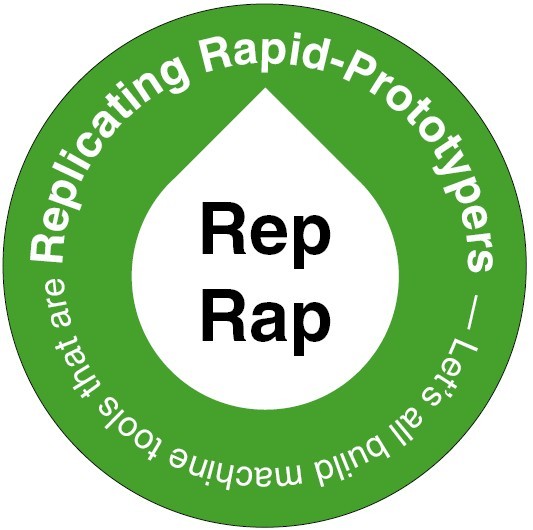 This may have given some rapid prototyping companies a reason to pause, but after some brief concerns among manufacturers during periods of incredible 3-D printer hype, the general consensus was that such 3-D printers were so technically sophisticated and hard to use that the average consumer would never touch them. However, because the RepRap was open source, dozens of companies all over the world continued to improve on the printers and share their designs, making them easier to use, and pushing down the costs. At Michigan Tech, engineering students build their own 3-D printers for $500 in parts from free plans.

In the same way as aggressive mass-scale sharing improved 3-D printers, people are sharing free and open-source 3-D printable designs of everything from expensive lab equipment and medical marvels to toys and trinkets. The collections of hundreds of thousands of designs are growing exponentially. Every new design that is shared makes owning a 3-D printer that much more valuable.

One recent study showed a typical American family can print 20 common household products from a pound of plastic for $18, saving between $300 and $2,000 in purchases. There was nothing special about the 20 products - from cell phone cases to kitchen gadgets. They were just things students in my research group wanted and able to find among free designs already swarming the Internet. The 3-D printed products were better than what is available in any store as they can be customized and personalized. These 20 products could be printed in a weekend and literally pay for the 3-D printer in cash savings. Critics of the study pointed out that the engineering students and faculty doing the study were all 3-D printer experts and that no "normal person" could hope to build a RepRap from scratch. We responded that they do not have to - dozens of companies sell open source pre-assembled RepRaps. Critics countered - they are still way too hard to use.

Then, this year an open source 3-D printer hit the web that finally silences the critics. Lulzbot designed a RepRap 3-D printer called the TAZ6, whose complete plans are available for free. They literally use a giant cluster of their own printers to fabricate their products. This is interesting in a meta sort of way - but what makes this 3-D printer different is how absurdly easy it is to setup and use. 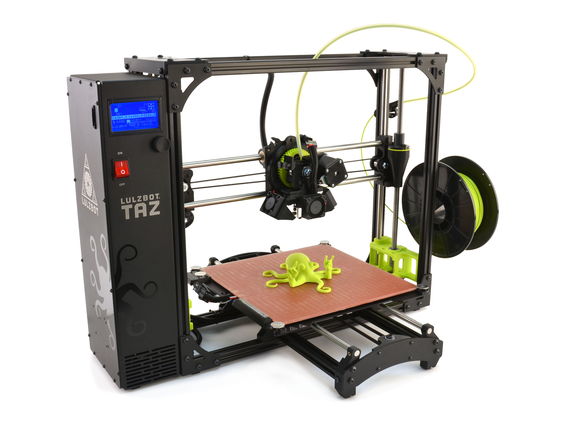 To appreciate this, consider the following: About five years ago it took a team of smart engineering undergraduates a summer to setup a RepRap. A few years ago that dropped to 1 undergrad engineer per printer per semester. Even if you bought one pre-assembled it meant investing long hours carefully calibrating it and leveling the print bed. Now, a RepRap can be built from parts and calibrated in a day. Most people will never do that, but they can buy one for about $2500. Out of the box, it is easier to assemble and run than a child's toy. The TAZ 6 has taken some of the best ideas from the RepRaps that came before it and combined them all. It cleans its own head to prevent clogs, it has automatic bed leveling and calibration, and it comes with a giant list of pre-optimized settings for dozens of materials.

In the "old days", I advised my students to never leave a printer unattended as print failures were common. The 3-D printers improved, but as recently as last year, I advised students to always watch the first, most critical layer before turning on a movie and ignoring the almost autonomous 3-D printer. Last night, I set up a giant 16 hour print on the TAZ, clicked print and left it before even letting it warm up. Today, I returned to see that it had printed flawlessly and that has nothing to do with my technical background. Anyone can use this 3-D printer. Even you. Also anyone can copy and sell it, because of its open source license. (If this sounds crazy to you, let the CEO of an another open source company explain why open source can bring a competitive advantage). This is why I am quite confident in predicting you will one day have a 3-D printer in your home. Perhaps not this one, or its clone, but you will get one to save money.

You see, our economic 3-D printer study was extremely conservative. You are likely to print the same number of products as we did the first weekend you have a printer. Also, our study used commercial plastic, which at the time cost about $16/pound. It is already about half that. However, the drop in cost for plastic can go much lower. There are also open-source recyclebots, which turns recycled plastic into 3-D printer feedstock for only a nickel per pound in electricity! No sweat shop can compete with that. Yes, there are commercial versions, which are still immature - about where RepRap technology was 5 years ago. They are getting better rapidly because of the innovation in the open hardware community and the list of printable materials is expanding rapidly.

What does this mean for you?

In the not so distant future, you will run your empty plastic containers through the dishwasher, shred and extrude them in a recyclebot to turn them into 3-D printer feedstock. The marginal cost will drop to about zero for you to print a lot of the products you need using free designs on your RepRap 3-D printer (including its upgrades!).

This will save you money, but will not make you happy. The fun part will be in making - creating your own designs, decorating mass-produced bland products, developing derivatives and mash ups of others' work, personalizing gifts and getting the joy of child-like creation. You will share your designs freely with others and have access to increasingly sophisticated and optimized designs of everything. I cannot wait to see what the refrigerators of America's future look like as an entire generation of makers are born into households with 3-D printers - where they can make even their most fantastic ideas come to life.