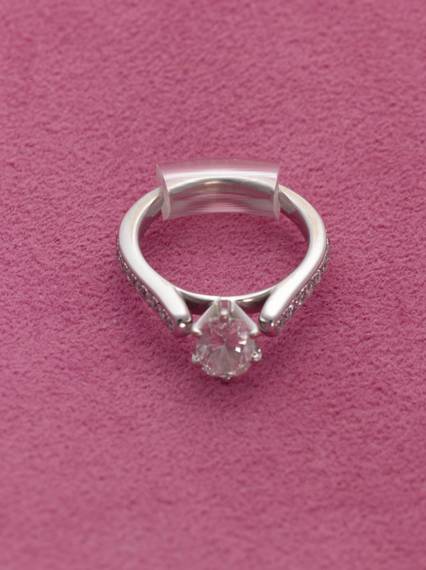 t's always smart to learn from your own mistakes. But when it comes to marriage, sometimes it's better to learn from what others did wrong and avoid discourse -- or even divorce -- altogether. Below, three divorced women share what could have made their marriages work so that you do not make the same mistakes.

When they were married, Lisa set aside her own desires to focus on what her husband wanted. Many experts refer to this phenomenon as losing yourself in your marriage, which can happen if you're not careful. By the time her marriage reached its end, Lisa says, she felt she had lived without a partner and in a way, hadn't aligned with her own needs and values. "Make sure you are a team," she advises newlyweds who want to make their marriages work. "In my situation, I was on my husband's side and so was he. But neither of us were looking out for me anymore. It was very focused on him and that ended up not working out for me."

Because Tara and her husband had lived together for three years before they tied the knot, she thought she knew what to expect after they said, "I do." She was surprised to find that while she thought little would change, her husband "believed that becoming husband and wife entailed falling into very traditional roles," Tara says. "For instance, he expected me to quit working, raise children, and assume all domestic duties. I had no intention of fulfilling his idea of what a wife should be." Tara believes that if she and her husband had talked before they tied the knot about what roles they would play as husband and wife, they could have avoided divorce. Instead, "we became imprisoned in a life neither of us wanted, each resenting the other for the circumstances we were in," she describes. "This could've been avoided by better communicating and planning as a team instead of operating from untold expectations."

Jackie knew her husband's job required him to travel. But she underestimated how much wear-and-tear his on-the-go schedule would have on their marriage. "When he would come home," she recalls, "he would just want to unwind but I was ready to talk, cuddle, and catch up." Jackie quickly learned she couldn't keep his attention unless she raised her voice. "It took me until after our divorce to realize what I was doing," she admits. "But after months of therapy, I finally understood that every fight I picked with my husband was a cry to keep his attention. He didn't want to talk about the shenanigans the cats had been up to all week, but he certainly had time to bicker with me about the fact he never did the dishes. Looking back, I wish I would have been quicker to realize arguing is never a good way to get someone's attention, and I would have sought professional help before all those arguments added up to something we couldn't repair."

US Presidential Election 2020
Breaking news, analysis and the latest polls on the presidential race from HuffPost’s politics team
See More
Voting Made Easy
Register to vote and apply for an absentee ballot today
Register now
More:
Real WomenweddingsdivorceLovecommitment
Newsletter Sign Up
A weekly guide to improving all of the relationships in your life
Subscribe to HuffPost’s relationships email
Successfully Subscribed!
Realness delivered to your inbox