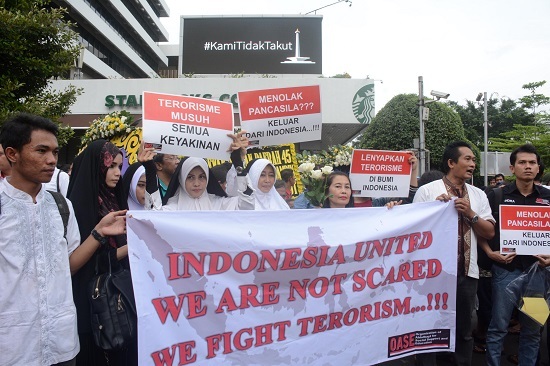 "We have a huge common interest in dealing with this issue of poverty, which in many cases is the root cause of terrorism or even the root cause of the disenfranchisement of millions of people on this planet." These words, spoken by Secretary of State John Kerry at the Vatican in 2014 ,have been the subject of much debate. The jury is still out on how tight the causal relationship is between poverty and terrorism, but most people agree that abject poverty can make people more open to antisocial behavior.

For most countries in the world, the potential correlation between poverty and terrorism is more of an academic question. However, for Indonesia, a country with both a substantial portion of its population living in extreme poverty as well as an ongoing struggle against homegrown ISIS cells, understanding the root causes of terrorism takes on a different kind of urgency.

In fact, Indonesia, which is the world's most populous Muslim country has the lowest proportion of its citizens fighting in ISIS brigades overseas. This is because the government, religious organizations, and private industries are effective at waging a valiant war of influence against the evils of ISIS. The government and religious organizations are tackling ISIS doctrine head on while private companies are working to dry up the pool of recruits by giving poor people opportunities to earn livable wages.

As in most countries in the world, startups are at the forefront of the most innovative efforts enabling a transfer of wealth to improve the earning capacity of blue collar workers. Indonesian startups are playing a significant role in growing small businesses, and therefore, the middle class.

Here are three outstanding examples that can serve as inspiration for all entrepreneurs and countries around the world battling poverty and its repercussions. 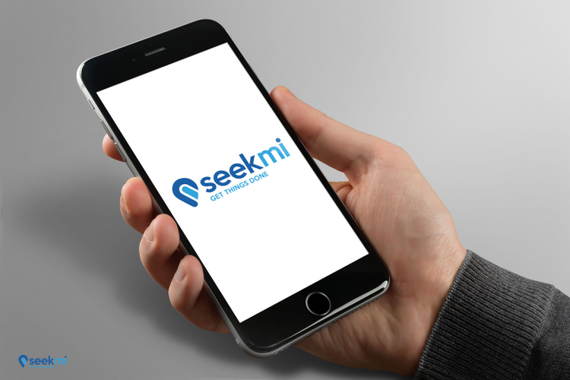 SeekmiService providers like home cleaners, car mechanics, and repairmen in wealthy economies have the luxury of using advertising to find new clients. They can take out yellow page ads, use direct mailers, run Adwords campaigns, or promote themselves on social media. A similar service provider in an impoverished economy does not have the same access nor budget to afford any kind of marketing promotion. Indonesia is a mobile-driven economy and the citizens don't use yellow pages to find services. Home service vendors don't have the financial capabilities to run an offline advertising drive nor do they even have the computing devices to research and launch an online campaign.

Indonesia's Seekmi fills this void through a mobile app that intelligently connects service providers to customers. Providers can instantly access thousands of potential customers who are in need of their services. Seekmi fills the demand queue with their own marketing efforts and a vibrant mutually-beneficial marketplace now exists. Customers are able to find suppliers through a few clicks in an app, whereas in the past their only form of marketing was through word-of-mouth. Most importantly, vendors no longer have to wait for their phone to ring; they are now business owners with a dedicated channel for continued growth. 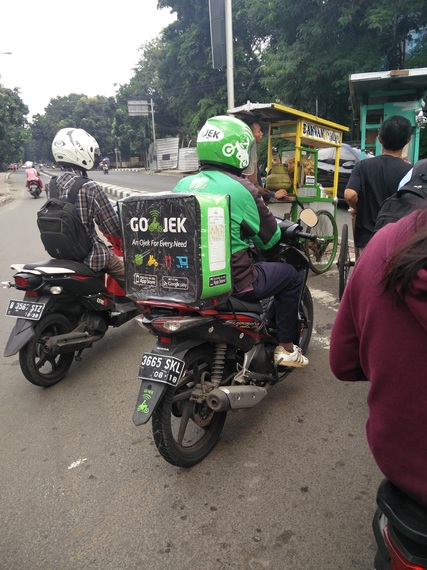 Go-JekIf you have ever spent a day in any crowded Indonesian city, you have no doubt seen the city streets congested with motorbikes finding their way through the country's notorious traffic. Because of the dire traffic situation in Indonesia, many people prefer to use motorbike taxis - called an Ojek- rather than a traditional taxi since an Ojek can push its way through the clogged streets. On every street corner in major cities there are teams of Ojek drivers touting their services to passerby. In this system there is very little transparency for the rider and driver as both parties are taking a chance on each other in this unregulated arena.There are a handful of companies that have launched Ojek taxi routing apps including Uber and Grab. The largest and most popular app is called Go-Jek.

Go-Jek connects passengers needing a ride, but also offers additional services including the ability to hire an Ojek driver to purchase concert tickets or go grocery shopping. While the activities and services offered by the drivers are the same that they were without using an app, the use of an app like Go-jek transforms drivers into tech entrepreneurs. As a Westerner, I never would have solicited an ojek from the street, but the ability to use my phone to book a ride made me more confident and comfortable in doing so. For the driver, the capability to plug into a citywide dispatch network allows ojek drivers to increase their income by multiple factors.

KaskusDespite Indonesia's very low Internet penetration, due to its sheer population size, it still has about as many Internet users as all of France. One website most of these users frequent is called Kaskus.

Kaskus is an Indonesian hybrid of Reddit, Quora and Yahoo! Answers and it is the most popular website in all of Indonesia. One of the many features they offer their millions of daily users is a marketplace to buy and sell goods and a platform to market services. Any person with something to sell can do so on Kaskus, and they are now able to engage with most of the country's internet users. Think of all the small and large businesses in the US created through eBay, Amazon, Etsy and even Craigslist and that is exactly the same value Kaskus offers to its users. Additionally, Kaskus has near 100% of the market penetration with minimal competition. Now you can understand how instrumental Kaskus is to many Indonesians livelihoods.

Income as a defense against ISISBan Ki-Moon, the UN Secretary General proclaimed in his address to the 66th UN assembly, "Saving our planet, lifting people out of poverty, advancing economic growth...these are one and the same fight." Governments can tackle the hard work of crafting environmental policy and creating economic growth, but startups are battling poverty just by allowing people to earn an income with their own limited resources. On a macro level, with each day filled by productive labor, the attraction to ISIS gets dimmer with each Rupiah earned. A new middle class created by startups dedicated to correcting a historic income imbalance is Indonesia's fortress against the pull of terrorist recruiters.