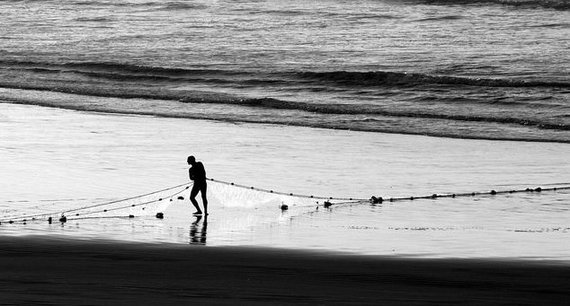 The enterprise software market has seen several acquisitions this year, from Salesforce, SAP, and Oracle. Here are three acquisition recommendations that we could expect in 2017.

This year, Salesforce (NYSE: CRM) has spent close to $5 billion on acquisitions, with the largest one being the $2.8 billion acquisition of e-commerce platform Demandware. The key focus of its acquisition spree has been to beef up its artificial intelligence capabilities in the Marketing Cloud.

A good acquisition prospect for Salesforce would be marketing automation leader Marketo, which could complement its focus on the Marketing Cloud.

Marketo has around 4,500 customers including big names like Best Buy, Citibank, Coca-Cola, Ford, Microsoft, and Pfizer. It was founded in 2006 and went public in 2013. Its annual revenue increased 40% to $210 million in 2015 and net loss was $71.5 million. In May this year, Marketo was acquired by private equity firm Vista Equity Partners for $1.79 billion.

A cornerstone of SAP's strategy this year has been the development of Internet of Things (IoT) offerings, for which it has allocated a budget of $2.25 billion.

As part of this focus, SAP this year acquired Plat.One, a developer of a platform used for creating, deploying, and managing IoT applications and Palo Alto, California-based Altiscale. Altiscale offers cloud-based versions of the Hadoop and Spark open source software for storing, processing, and analyzing different kinds of data. Both these were small acquisitions.

But with the total IoT revenue opportunity projected to grow to $3 trillion in 2025 from $750 billion in 2015, SAP should be looking at a large acquisition. Machine-to-machine analytics market leader Splunk (NASDAQ: SPLK) would be an apt fit for its IoT strategy.

Splunk's tools help organizations make sense of data collected through data sources including mobile phones, PCs, and other devices. Its machine-to-machine data analytics software helps in identifying bottlenecks in software applications and data networks as well as detect security breaches in information networks. It's approaching $1 billion in revenue and growing at almost 40%. It is currently trading at $53.72 with a market capitalization of $7.3 billion. This is one successful Unicorn that has shown strong growth since it went public at $17 a share back in 2012.

Splunk, as I have pointed out earlier, is, most likely, also on Microsoft's radar. So this would be a competitive situation.

For the past couple of years, cloud has dominated Oracle's strategy. In July, it announced its plans to acquire NetSuite for $9.3 billion, which underlines this focus. The NetSuite deal is expected to help Oracle compete against SAP and Workday.

However, financial management and human capital management software vendor Workday has hit some hurdles. Its stock is currently trading at a market cap of $13.8 billion and could well be a good acquisition prospect for Oracle.

Workday's third quarter revenues grew 34% over the year to $409.58 million driven by a 38% growth in subscription revenues which came in at $335.7 million. Professional services revenues grew 18% over the year to $73.9 million. It expects to end the current year with revenues of $1.56 billion-$1.563 billion with billings of $1.887-$1.892 billion. Workday is focusing on the public sector, which analysts say indicates that it is struggling to sell to the larger and more lucrative private sector.

Oracle's recently reported second quarter earnings of $0.61 cents a share on revenue of $9.1 billion. Total cloud revenue was $1.1 billion, up 64%. It ended the second quarter with cash balance of $18.5 billion and marketable securities of $39.6 billion.

Workday, also, as I have pointed out earlier, is, most likely, also on Microsoft's radar. So this would also be a competitive situation.

As you see from the above discussion, Microsoft poses a meaningful threat to all three players, and they will need to fight to win their target deals in 2017.